At Intermot 2016, there were a lot of new motorcycles and updates. One of them is the 2017 Kawasaki Ninja 650, which has a lot of changes to how it looks and how it works. The old model weighed 19 kg more than the new one. The new Trellis frame, which is made of an asymmetrical aluminium frame, is a big reason why this bike is lighter. The company that makes the sports tourer says that the new trellis frame, which weighs only 15 kg, has helped improve the way it handles.

The engine now had to meet the Euro 4 emissions standards, which made it less powerful than its predecessor by 3hp. Still, the fuel economy is said to get better by about 8%. The Ninja 650 from 2017 has a 649cc parallel-twin engine that has been changed to make the low- and mid-range torque better. To do this, longer header pipes, 36mm throttle bodies, a new air box, and new intake and exhaust cams were added. The 6-Speed gearbox is still used by the engine. The slipper clutch, on the other hand, is a nice touch. The new brakes have callipers made by Nissin and an ABS module made by Bosch. 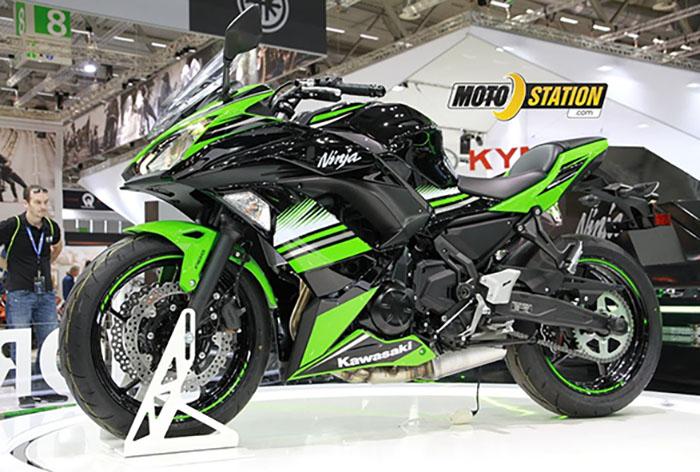 The 2017 Ninja 650 looks much better and was modelled after the ZX-10R superbike in terms of design. It has two headlights like the ZX-10R, a split seat, and a windscreen that can be moved up to 60 mm. The saddle height has been lowered to 790mm to make it easier for short riders to ride. Even the back of the bike has been changed to look more modern, but the signature underbelly exhaust from the old model has been kept.

The Ninja 650 comes in Metallic Spart Black, Pearl Blizzard White, Candy Burnt Orange, and a Lime Green KRT edition, all of which are made in Japan. India’s Probiking store should get the updated Kawasaki Ninja sometime next year.

Dodge Charger In Snow
Best Tire Inflators For The Money
Can You Use Cruise Control While Towing
Volkswagen Skoda Kill 2.0 Birds 1.0 Stone