Well, what matters most to a business is what its customers want, and the 390 Duke, 200 Duke, and the new 250 Duke are all visual upgrades that came about because customers asked for them.

Prices for the new Duke line (from the Delhi showroom):

The all-new 390 Duke has been eagerly awaited because it has great features, great performance, and a bold and intense look. It now has a new frame that makes the ground clearance 185 mm higher, the seat 30 mm higher, and the wheelbase 1375 mm shorter. It also gets a split-all LED headlamp. Together, these changes give it a sportier look. With its bag of changes, the bike looks a lot like the KTM Super Duke R. It also looks bigger now because all of the body panels have been redone. Even though the front disc brake on the updated Duke 390 is now 320 mm, all the other parts are the same as before. All of these extras have made this bike heavier by 7 kilos, so it now weighs 149 kilos. It now has a 13.4-liter fuel tank to give it a longer range. 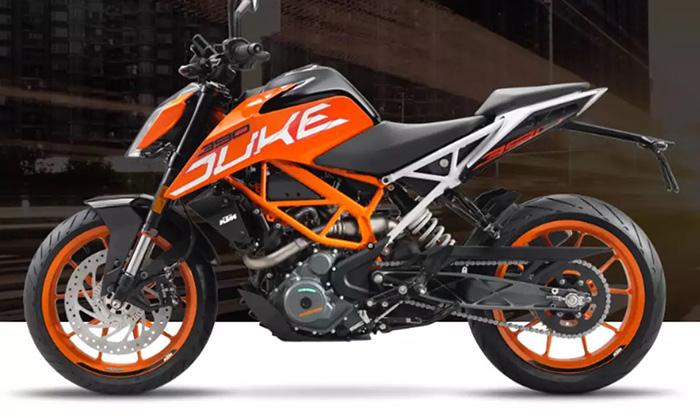 The 373.2 cc engine still puts out 44 PS, but the peak torque has gone up from 35 Nm to 37 Nm. It also has ride-by-wire, which makes it easy to control, and a slipper clutch, which helps with quick downshifts. To meet Euro-IV standards, it loses the underbelly exhaust and gets a big side muffler instead.

The new colour TFT display will be the most exciting thing about the new KTM 390 Duke. This will be linked to the controls on the left side of the handlebars. That’s not all. You can also sync it to your phone with the “KTM MY RIDE” app.

Even though 250 Duke is sold in some international markets, the fact that it was added to the game was a surprise. This version will be a great bridge between 200 Duke and 390 Duke. The new 250 Duke looks a lot like the new 390, but there are a lot of differences. The full-LED headlamp has been replaced with a unit that looks more normal and has a halogen bulb and LED DRLs built in. Also, it doesn’t have a TFT screen. The 250 has new black wheels, and the graphics are mostly white. This is the other thing that sets it apart. This bike is powered by a single-cylinder engine that is 248.8 cc and is based on the 373 cc engine in the 390. This engine has a 6-speed transmission and makes 30 bhp and 24 Nm of torque. The 250 Duke also has a slipper clutch, but the levers can’t be changed.

Not much has changed about the KTM 200 Duke. It has the same design as the older model, but the graphics are different. The wheels are now orange, not black like they were before. The bike’s mechanics are still the same, but it now meets Euro-4 standards. And yes, the exhaust pipe from the bottom stays in this one.