The 2017 Yamaha R6 is finally out, but it took the company’s marketing team a while to get us excited about it. The new YZF-R6, which was shown off at the AIMEXPO in Orlando, Florida, is the first 600cc motorcycle to be updated in 8 years.

Yamaha went in a bold design direction with the R1, and the R6, which is its younger sibling, has a similar look. The Yamaha YZF-R6 from 2017 looks the same as the Yamaha Factory MotoGP bike. By doing this, the company was able to make the new R6 about 8% more aerodynamic. The company also says that this is the most aerodynamic motorcycle they have ever made.

Even the turn signals are now built into the side mirrors to cut down on drag and turbulence from the wind. But let’s be honest. Most of us think that turn signals that are built into the car are cool, which is reason enough to have them. The R1-inspired design is finished with twin headlights that are set back, a central ram air intake, and a tail section with air channels on the side. 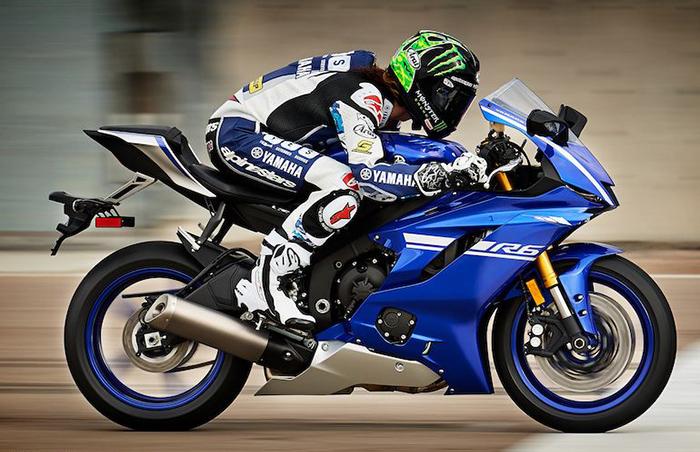 The engine is the same, but the electronics on the new R6 have been updated. It has a traction control system with six levels of adjustment (plus off) and Yamaha’s D-mode system, which lets you choose from three different throttle maps. The “intelligent” software in the TCS has been made to make sure that it doesn’t change the way the car feels. It is also said to be able to make up for the wear on the back tyres to give the best performance. The electronic quick-shifter will come with the European model, but it will cost extra in the United States.

Aside from the way it looks, the R6 also uses the R1’s suspension and brakes. At the front, there is a 43mm KYB inverted fork with a 25mm axle. At the back, there is a KYB shock that can be adjusted in four ways for preload, rebound, and low- and high-speed compression. Front brakes with 320mm twin discs and four-piston aluminium callipers help stop the car.

The Japanese sportbike also gets a new hybrid instrument panel with an analogue tachometer and an LCD screen that can show a lot of different kinds of information. The 2017 Yamaha R6 also has a number of ways to save weight. For example, the fuel tank is now made of aluminium, which makes it 1.2 kg lighter, and the subframe is now thinner and made of magnesium. Matte Raven Black, Intensity White/Matte Silver, and Team Yamaha Blue will be the three colours you can choose from for the motorcycle. From March 2017, the bike will cost $12,199 in the US.