Since it came out 40 years ago, the BMW 3 Series has always been one of the most popular BMWs. Now, at the 2018 Paris Motor Show, BMW has shown off the new 2019 BMW Series. The BMW 3-Series is on its seventh generation with the G20.

The latest 5-Series was a big influence on how this new 3-Series looks. With its more muscular design lines, the new 3 Series looks like a car from a higher class. Its hood is made with strong lines that lift the middle part.

Also, the flared wheel arches give it a good look and make it stand out on the road. The kidney grille is bigger than it used to be, but it’s not too big like the ones on their SUVs.

From the side, the new 3 series looks more sporty because the “Hoffmeister Kink” is more noticeable. It has the look of a GT because the roof slopes down.

The car’s back end has the same new L-shaped LED taillights as the 5 Series. In fact, the back looks a lot like the back of the new 5 series. Do you know about the new BMW Z4?

The new 3 Series is 76mm longer, 37mm wider, and sits a bit lower than the old model. The wheelbase is 41mm longer, and the front and back tracks are 43mm and 21mm wider, respectively.

The G20 3 series weighs 55 kg less than the model it replaces. 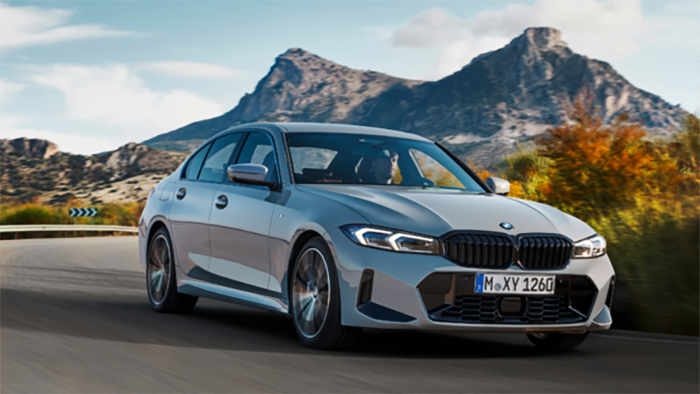 People always say that BMW’s interior design changes come too slowly. But a lot of changes have been made to the new 3 series. The air conditioner controls have been moved to free up space on the dashboard and make it look less crowded.

It will come with five different ways to power it at first. Both the 320i and the 330i will have a four-cylinder engine, but they will be tuned differently.

A more powerful 3.0-liter straight-six diesel engine that makes 265 PS will be put in the 330d.

The gearbox will be an automatic ZF unit with eight speeds. Watch Nick Shield talk about the new 3 Series G20.

When will it come to India?

On March 9, 2019, the new 3 series will go on sale in several countries around the world. So, it’s safe to say that India will get the new BMW 3 Series by the end of next year.

Automakers are working on making cars that can drive themselves, and the new 3-Series will have some of these features. This includes a lane departure warning, a warning for pedestrians, a function for stopping in cities, and an updated system for detecting cyclists.

Active cruise control with stop and go and driver assistant with rear collision prevention and cross traffic alert are some of the other options.

It will also be possible to get the more advanced Driver Assistant Professional. This keeps the car in its lane and controls the steering wheel. Active Parking Assist is also part of the package.

As we’ve already heard, this new 3-Series won’t be available in India until the end of 2019. It will go up against the Mercedes-Benz C class, the Audi A4, and the Jaguar XE when it comes out.

Unlike new 7-Series, I quite like this 3-Series design