People who go off-roading know Mahindra Thar as a tough and capable vehicle. Now, Mahindra is working on a brand-new platform for the new Thar.

With this new platform, the next-generation Thar will also be longer. Mahindra will also use this platform for its other models, but Thar will be the first to get it when it comes out next year. Also read: New Gypsy (SuzukiJimny) Spied

Mahindra Thar was first released in 2010, and in 2015, it got a small update that gave it new bumpers, cladding for the wheel arches, and a cleaner interior. A 2.5-liter diesel engine gives the Thar sports 108 PS of power and 247 Nm of torque. A 5-speed manual gearbox is joined to the engine. The All-wheel-drive selector comes from Borg Warner, and the locking differential comes from Eaton. Ex-showroom, the most expensive Mahindra Thar 4X4 costs Rs 9.10 lakh.

In India, Mahindra Thar has a lot of fans. This can be seen at events like the Mahindra Great Escape that happen every year. Here, people who like to go off-roading really use the Thar for what it was made for. Read about the 2018 Mahindra Great Escape, which was held in Lonavala and ended there.

What to expect from the new Thar? 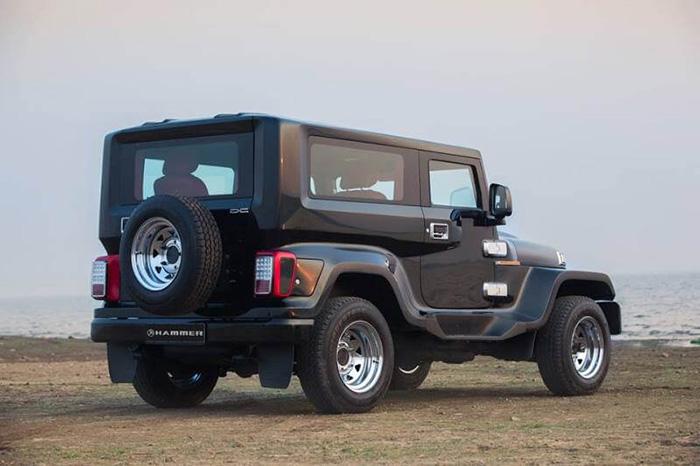 Mahindra Thar is a well-known off-roader that doesn’t need to prove anything. But it’s not very good for everyday driving. It doesn’t have enough safety, comfort, and modern features, among other things.

Mahindra will try to market Thar as an off-road vehicle that doesn’t skimp on other important features. Since stricter crash testing standards will start in April 2020, Thar will need to be able to pass those.

The body platform will be used instead of the ladder frame chassis, which automatically makes the ride better. Thar has become a cult brand, so all Mahindra wants to do now is make the new Thar adventure vehicle more appealing to a wider range of people. We think the 2019 Mahindra Thar will look like a cross between a Jeep Wrangler and a Land Rover.

We’ve been waiting a while for new Mahinda Thar. Test mules of the new Thar are already on the road, which is a good sign that the launch date is getting close. Mahindra is very quiet about the testing, and a Mahindra Thar that was disguised was caught near Chennai.

Just by looking at the silhouette, we can tell that the next generation of Thar will have a bigger footprint. It looked much bigger, wider, and taller than the current model.

Some news stories say that Mahindra and Ssangyong may have worked together on this project.

People like Mahindra Thar because it looks like the first Jeep CJ5 from the 1960s. You should be happy to hear that the new Thar will have the same retro style as the old one.

In the picture where it’s hidden, we can see that the 2019 Thar will have big, strong wheel arches.

This is just a taste of what the next generation of Thar will be like. We are just as interested in the interior, engine, frame, features, and, most importantly, price as you are.

We have a lot of high hopes for the 2019 Mahindra Thar. Modern features like a touchscreen infotainment unit, well-made interiors, safety features like ABS, airbags, and Hill Start Assist, and a more refined engine would make us happy. (Photo from Cardekho) 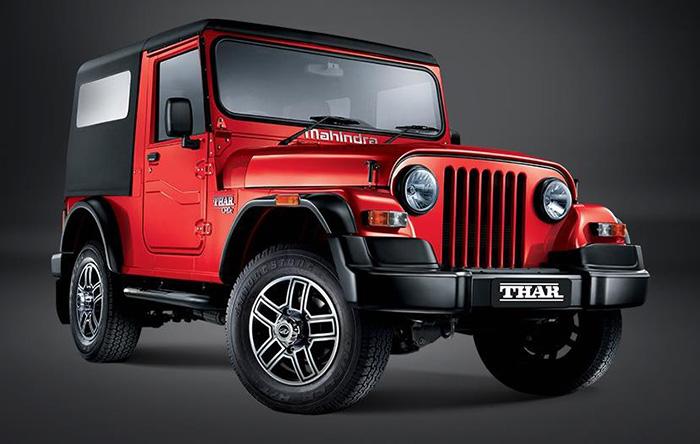 The new Suzuki Jimny came out in Japan last month. This made Indians wonder if we will get the Jimny as a replacement for the Gypsy. Well, Maruti Suzuki hasn’t said this for sure yet, but Suzuki did say that “Jimny will be sold around the world.” This gives us hope that the Jimny will come to India and compete with the 2019 Mahindra Thar.

So how will these two cars be different or the same? Even though we’ve seen and read about the New Jimny, we can say the same thing about the coming Thar.

Compared to its predecessor, the New Jimny is much more refined, but it still has the ability to go off-road. From what I’ve heard, the next Thar will also be much more polished. This means that both Jimny and Thar are using the same method to make cult off-roaders easier to use. So, the next generation of the Mahindra Thar and the next generation of the Gypsy should be very close.

What Rugged Off-Roading Vehicles you can buy Today?

Force Gurkha is a very tough off-road vehicle whose only purpose is to get you out of trouble. It won’t give you a lot of comfort, and if you drive in a city, you might curse at it. If you take it off-roading with expensive SUVs, the Gurkha will save the day. Plus, it just got a makeover that makes it look so tough.

Both the front and back axles have manual differential locks.

The current Mahindra Thar sells better than any other car in its class. It looks like a classic Jeep, which hasn’t changed much over the years. This off-roading is pretty good right out of the box. But because off-roading is becoming more popular in India, there are now a lot of add-ons for Mahindra Thar. If you are serious about off-roading, I would suggest that you buy the current Thar instead of waiting for the new one.

I say this because this platform has been updated several times over the years and is now very reliable. For this model, it’s easy to find accessories made by third parties. It has a ladder frame chassis, which is better for going off-road.

The rear axle has an Eaton locking differential.

Maruti Gypsy is still one of India’s most popular hard-core off-roaders. Off-roading purists still choose this to compete in events like Desert Storm, RFC, and Raid de Himalaya. This only has a gasoline engine that doesn’t get good gas mileage. But its light body and simple mechanics give it an advantage over other cars. It doesn’t break down often, and if it does, it’s easy to fix. You should look for these things in a car that will be driven in remote places. You can only order it, so you’ll have to wait a few months for it to arrive. But there are a lot of used Gypsy cars on the market.

Engine and Gearbox: A 1.3-liter four-cylinder petrol MPFI engine that makes 80 hp. All four wheels get power from the engine through a 5-speed manual gearbox.

Options for a hard top and a soft top are extra features.

Can I Use Old Gas In My Car
Washington Tint Laws That You Need Know
50/50 Antifreeze vs Regular Engine Oil - Which is Better?
5 Best Quick Release Steering Wheel