Mercedes-Benz has been putting out new models one after the other. “frankfurtcarspotter” has seen the 2019 Mercedes-Benz GLE and put a picture of it on Instagram. This updated 2019 Mercedes GLE is expected to be shown at the Paris Motor Show in early October 2018. Last week, Mercedes showed off its all-electric SUV, the ECQ.

The spy shot shows this GLE, which is said to be the test mule that came back to Germany from the Middle East after being tested in hot weather.

Even though the test mule was covered in camouflage, it was clear that it was very close to the production model. The new GLE will look nothing like the GLEs that are already on the market. It looks a bit like the M-Class SUV, which is no longer made. 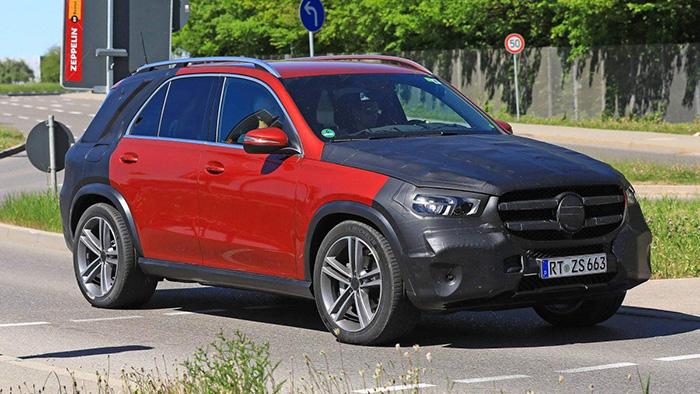 W167 was the code name for the 2019 Mercedes GLE. It is built on the MHA rear-wheel-drive platform. The test mule looks like a high-end version because it has a sporty bodykit, two exhaust pipes, and big alloy wheels.

Aside from AMG, the workhorse models will be powered by a range of gasoline and diesel engines with four to six cylinders. The power from these engines will go to the wheels through an automatic gearbox with 9 speeds. Air suspension will also be an option for the customer.

Since the new GLE is a modern SUV, it will have a lot of terrain management systems for off-roading. In an interesting twist, the 2019 GLE will also have a 48-volt electrical system, which will make it possible to add an electric drivetrain in the future. Reports say that the GLE range will also have a plug-in hybrid version.

“frankfurtcarspotter” on Instagram is the source of this photo.

Compared to the newest Mercedes-Benz models, the GLE’s cabin looks old and worn out. This problem will be fixed when the new GLE gets up to speed. Last month, pictures of the 2019 Mercedes GLE’s cabin got out.

It will have a 10.25-inch touchscreen with Mercedes-Benz User Experience software, a three-spoke steering wheel, leather-wrapped grab handles in the centre console, and a unique air-vent design.

The 2019 Mercedes-Benz GLE will compete with cars like the BMW X5, Audi Q7, Lexus RX 350, and the Land Rover Evoque and Discovery.

India is likely to get the new Mercedes GLE in the second half of 2019. Mercedes India’s first new product for 2019 is the V-Class MPV.