When it came out in 2015, the Kawasaki Ninja H2 pushed the limits of how fast a motorcycle could go. It is the first motorcycle that can be called a “hypersport.” Now, Ninja H2 is getting new models for 2019. By lineup we mean, Ninja H2, Ninja H2 Carbon and Ninja H2R.

What are the changes? 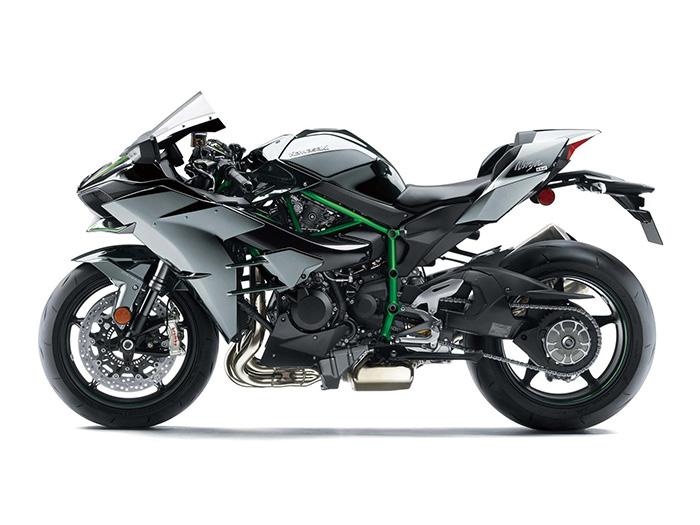 Ninja H2 became popular because it was a motorcycle that was supercharged and had crazy amounts of power. The 2019 update to the Ninja H2 will give it more power. The 200PS will now be 231PS. Also, Brembo Stylema callipers have been added to the brakes.

Ninja H2 shows off the skill of Kawasaki engineers by giving pure performance in a street-legal package.

Ninja H2 Carbon will come out as a limited edition model with several carbon fibre parts, as the name suggests. Carbon fibre is used to make the whole front bodykit. With these changes, these bikes are getting closer to the Ninja H2R that can only be used on the track.

The Ninja H2R will also be updated for 2019. It will have new Brembo Stylema front brake callipers, a redesigned supercharged emblem, and Kawasaki’s Highly Durable self-healing paint.

The 2019 Ninja H2 line gets a new TFT display with four different ways to show the instruments. The bike can also connect to a smartphone, which gives you more ways to use it. India’s most affordable superbike is the Kawasaki ZX-10R.

Using the Kawasaki smartphone app, you can get to and change a number of instrument functions. Some of the information that can be found through the app is:

Information about a motorcycle, like how much gas is left, the odometer, trip metre, maintenance schedule, battery condition, and so on.

Telephone alerts: When a phone call, text message, or email comes in, the information is shown on the new TFT display.

Ride settings: General settings for the instrument display, like power or riding modes, and ride support aids, like the Kawasaki Quick Shifter (KQS), can be changed on the smartphone or with a manual switch. You can also use the app when you’re not on the motorcycle. When riding, as long as the app is turned on, the bike and phone are always connected. Once the engine is turned off or the smartphone is no longer in range of the chip in the instrument, the app stores the most recent riding information and makes it available on the smartphone. Any changes made through the app when the engine is off or when the phone is out of range will take effect as soon as the engine is started and the app is turned on on the phone. Read my review of the Healtech quickshifter for aftermarket use.

Engineers at Kawasaki have come up with another party trick: paint that can heal itself. But Kawasaki hasn’t said how it works or how long it takes to heal.

To ride powerful bikes like the H2, you need to know why good vision on a motorcycle is so important.