The BMW 7-Series always has the most up-to-date technology because it is their most popular car. BMW has shown off the new 7-Series, which got a major redesign and improvements to the interiors and chassis.

The new kidney grille, which is about 40 percent bigger than the current one, is the most controversial part of the design. The new X7 was the first car to have this oversized kidney grill, but it looks fine on the new X5. The side view of the car looks mostly the same, except that the fenders are bigger and the car is 22mm longer. The headlights look futuristic and sharp. At the back, there are small changes, like sleeker taillights with an LED strip running through the middle (like on a new Porsche). look at the new 3-Series

Inside the new BMW 7-Series, not much has changed about how the control modules look or where they are put. But BMW took it a step further in terms of luxury and technology.

It gets a new cluster of gauges, like what we saw in the new X7 and 8-Series. The number of ways you can customise your own 7-Series has grown. The German company is also making new leather trims that they say are better at blocking out noise. Like all BMWs, the new 7-Series will also come with a range of engine options. The new addition to the engine lineup is the new 6.0-liter V12 engine that makes 592 bhp of power and 850 Nm of torque. This engine will come mounted under the hood of the top-spec M760i variant. Below that we get a 4.4-liter V8 petrol motor that makes 516 bhp and 750 Nm of torque. This V8 engine can propel the car from 0 to 100 in just 3.9 seconds.

Another interesting powertrain is the Hybrid solution that will come in 740L. This plug-in hybrid sedan will use a 3.0-liter, straight six engine that will be paired with an electric motor that will add 111 bhp to the total output of 384 bhp. This is good enough to push the car from 0-100 kph in just 4.9 seconds. The plug-in hybrid is offered in both rear-wheel drive and all-wheel drive drivetrain. 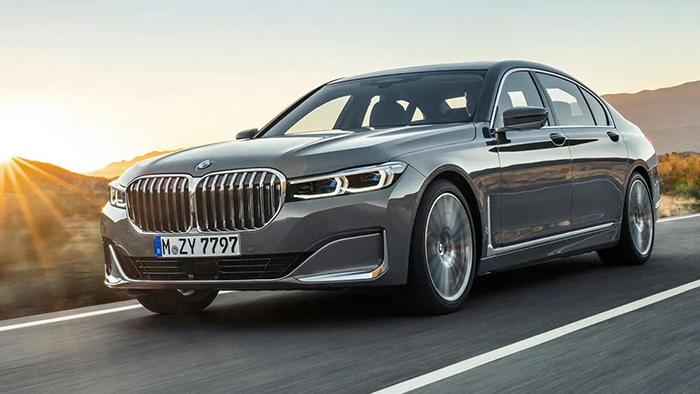 BMW 7-Series and Mercedes-Benz S-class have remain rivals since decades. Both manufacturers use these flagship models to showcase their latest technology. We know that Mercedes is also expected to reveal the next-gen S-Class soon. How do you like the design