Yamaha RX100 is one of the few bikes in India that got so many people interested in riding. Anyone who grew up in the 1980s and 1990s knows that, other than the powerful Yamaha RD 350, the RX100 was the coolest motorcycle you could buy at that time.

Yamaha RX100 was a simple motorcycle that was light and had a 98cc two-stroke engine. From 1985 to 1996, it was the most popular thing on the streets of India, and Escorts Limited made a lot of money from it. In India, where it was made for 11 years, nothing changed except for the colour scheme and a better 12-volt charging system.

In 1983, Escort Limited teamed up with Yamaha to bring the “Rajdoot 350,” also known as the Yamaha RD350, to the Indian market. TVS Motors decided at the same time to work with Suzuki to make the AX100, a 100cc two-stroke motorcycle.

Since AX100 was cheaper to buy and run, it did very well in the market. Escort saw a chance in that market, so in 1985, they brought the Yamaha RX100 to it. The first Yamaha RX100s were just CKD imports that had to be put together here. There were three colours to choose from: Cherry Red, Peacock blue-green, and Silver.

The early CKD model can be found by looking for the words “Made in Japan” on the gearbox case. The speedometer was made by Yenkay and had the name “Rajdoot” on it.

In later stages, when production moved to India, the speedometers were made by Pricol and had the names Yamaha or Escorts on them. And, of course, the “Made in Japan” stamp was taken off the gearbox case.

During the 11 years that it was made, nothing changed, except that the charging system went from 6 volts to 12 volts. 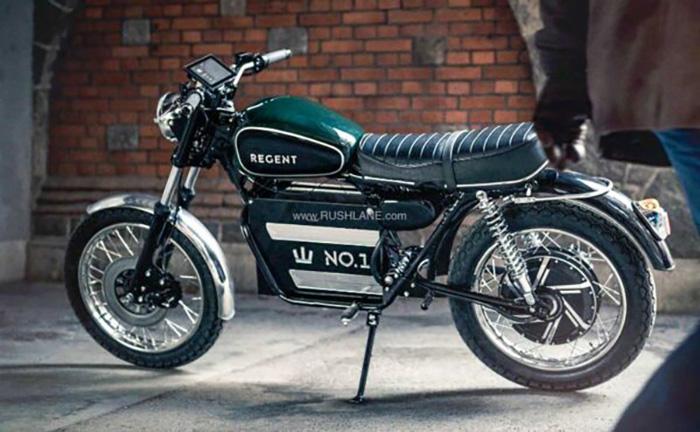 When did Yamaha stop making the RX100?

Details about how things work

Ignition: Discharge of the capacitor

Clutch: Wet multiplate (four of them).

Everyone could find something they liked in the Yamaha RX100. Someone who wants a reliable, cheap-to-run motorcycle could use it to get to work every day. Or it could make every young man in college feel like a racer boy. It was the height of fashion back then, for sure. In fact, the story of RX100 is so strong that people still look at you when you’re driving.

Yamaha replaced the RX100 with the RXG, a 132cc two-stroke motorcycle that came out after the RX100 was taken off the market. Soon after the bike came out, the company called it back because there was a problem with the ignition system that was fixed for free.

When the Yamaha RX135 came out in 2000, it was basically just a renamed RXG. Even though it had a stronger engine, it didn’t do very well on the market. Mainly because there is more competition in the market and the same design has been used for more than a decade. Fans were also upset with the RX135 because it didn’t have the nice two-stroke sound of the RX100 because the exhaust note wasn’t clear. 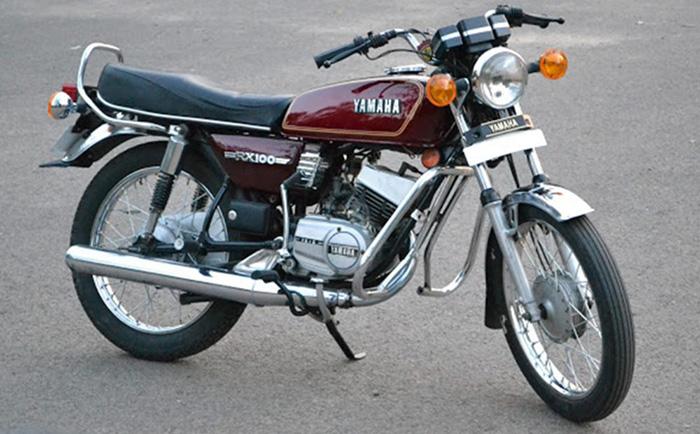 When Yamaha put the RX100 on the Indian market, its marketing team did a great job. The advertising campaigns were a big part of what made RX100 such a famous motorcycle. Its slogans, such as “Ahead of the 100s” and “Born to Lead,” made a simple two-stroker seem exciting.

Let’s look at some of the RX100 posters that still make people feel strongly:

There have been rumours that Yamaha wants to bring the RX100 back to India. Yes, we’d love for RX100 to come back in a newer form. But it is very unlikely that it has a quick 2-stroke motor. We say this because, because of strict emission rules, 2-stroke motorcycles are no longer made.

Check out the top 45 motorcycle quotes.

Imagine that even regular engines that burn fuel have to deal with strict emission rules today. No company could even think about making a 2-stroke engine that puffs out a cloud of oil smoke when it runs.

Yamaha might bring back the Yamaha RX100 name by putting it on a new four-stroke motorcycle. The original RX100’s personality can be tried to be recreated, but a four-stroke engine can’t give the same feeling.

Today, there are so many fun motorcycles to ride that people who like them are spoiled for choice. At the beginner level, bikes like the TVS Apache 160, the Bajaj Pulsar range, the Bajaj Dominar, the KTM Duke 200, and the Suzuki Gixxer are good choices. The KTM Duke 390, Yamaha FZ25, KTM RC390, Yamaha R3, and Ninja 400 are the next step up.

I think Yamaha knows that the market is very competitive right now. And it wouldn’t be smart to start selling a 100cc motorcycle as the new RX100.

You can still buy a used Yamaha RX100 in India, which is good news. Even so, the prices of a well-kept RX100 have gone up by a lot. Some of the best ones go for as much as Rs 1 lakh.

The engine is the most important thing to look at when buying a used Yamaha RX100. Most of the 2-stroke engines on the bikes you’ll look at will have been rebored because the cylinder walls have worn down over time. This leads to loss of compression (reduced power and efficiency).

When an engine is rebored, the diameter of the cylinder is increased to make room for a piston that is just a little bit bigger. This is done so that the piston fits snugly. This fixes the compression and makes the engine run like it did when it was new.

Unfortunately, the sleeve can only be rebored a few times before it is completely worn out. The thickness of the sleeve is between 0.5 and 2mm. When the sleeve wears out, it needs to be resleeved. Experts usually tell people not to get a resleeved RX100 engine because it doesn’t work as well as the original engine

The first batch of bikes made from 1985 to 1987 were made in Japan, so they are more expensive on the used market. You’ll be lucky to find a Made in Japan Yamaha RX100 without a sleeve. The Y1 Cylinder block was in these RX100s that were made in Japan. Checkout: Top 9 YouTube channels about motorcycles

When buying a used Yamaha RX100, the most important thing to remember is that the rebore size should be less than or equal to 0.5 mm. In the end, you also need to think about how much it will cost.

There have been rumours that Yamaha is bringing back the RX100. Even if it does happen, though, it won’t be a two-stroke motorcycle. Two-stroke engines are no longer made because pollution rules are so strict.

When was Yamaha RX100 discontinued?

RX135 was stronger than RX100 and had 1 more horsepower. However, purists still prefer RX100 over RX135. This is mainly due to the authentic two-stroke sound of RX100. The sound of RX135 was quite muffled