Adaptive cruise control (ACC) is a great feature that many newer cars now come with by default.

The radar keeps an eye on the cars ahead, and the system will automatically keep up with the car in front of you.

One question you might have is whether or not you can add ACC to a car that didn’t come with it.

Technically, adaptive cruise control (ACC) can be added to any car, but there may be other changes that need to be made to fit the system. If your make and model of car has ACC as an option, it will be easier to add it later because the car was made to support it.

There are a few different names for adaptive cruise control.

One thing to remember is that the system works just as well during the day as it does at night. However, snow, heavy rain, or fog can make it harder for it to figure out how far away things are.

In the future, this type of system is likely to be an important part of cars that drive themselves.

With this system, you can set how far away you want to be from the car in front of you and let the car take care of braking and speeding up.

It works a lot like a normal cruise control, where you set the distance and let the car take care of the rest.

It’s a great way to keep from getting tired in stop-and-go traffic.

How Much Does It Cost to Add Adaptive Cruise Control? 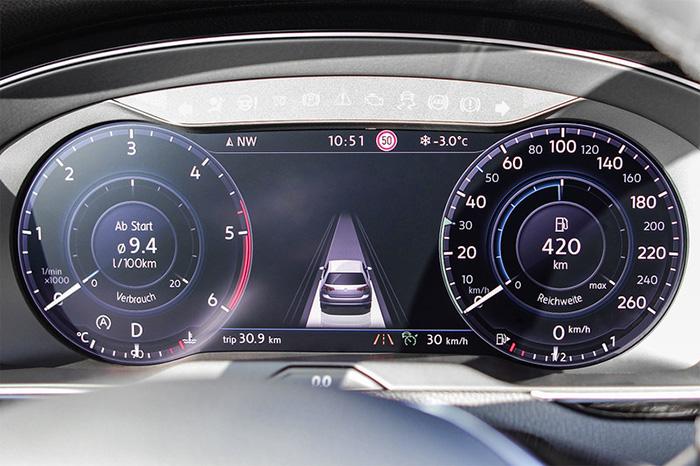 The ACC system itself costs somewhere between $2,000 and $2,500. This is for a top-of-the-line system that can work between 60 mph and a complete stop.

The cost of labour is not included in these prices. They only cover the cost of the ACC unit itself.

AAA says that hourly wages can be anywhere from $47 to $215. Installing adaptive cruise control is a skill that not everyone has, so you can expect to pay more for labour.

Whether the car was made with adaptive cruise control as an option or if you have to install all of the necessary parts in addition to the ACC system affects how much it costs to install.

How much it costs to add an adaptive cruise control aftermarket depends on the make and model of the car.

Some models need a unique kit that will only work with that model.

This can change how much the parts and work will cost.

Adding adaptive cruise control to a model that already has it as an option is much cheaper than adding it to one that doesn’t.

There are different kinds of adaptive cruise control systems.

One is a small radar unit that sits just behind or in front of the front grille. Some systems use a laser system.

Stereo cameras are used in some other systems. How you switch from standard cruise control to ACC will depend on the type of system you choose.

Some models come with kits that you can put together by following the instructions from the manufacturer.

In other cases, the grille and bumper will need to be changed a lot to make room for the system. You might also have to change the car’s electrical system and other important parts.

For some changes, you’ll need to put a special bracket under the bumper. Each job is different and calls for a different level of changes.

There is no one way to install ACC that works for everyone.

If you want to install a kit on a car that already has it as an option, you usually don’t need much mechanical knowledge or skill other than to follow the instructions.

Most of the time, the holes will already be drilled, so all you have to do is put the system in place and plug it into the wiring harness.

Installing the unit on a car that was made before it was an option can require a high level of mechanical skill to make all the needed changes.

It might need special tools or people who know how to weld and fix cars. In this case, it might be worth the money to pay for a professional’s skills.

Here are answers to some of the most common questions about adaptive cruise control.

Can You Add Adaptive Cruise Control to a Ram 1500?

Can You Add Adaptive Cruise Control to a Jeep?

Can You Add Adaptive Cruise Control to a BMW?

BMW is a luxury brand, and the BMW 3 and 5 series got adaptive cruise control in 2007.

In 2014, they also put it in the i3 and X3. This makes it easier to add ACC to many popular BMW models, since they were made with that in mind from the start.

In heavy traffic, it’s nice to have adaptive cruise control. Any car can have ACC added, but the question is how much work it will be and how much it will cost.

It is much easier and less expensive to add it as an aftermarket part to models that were made for it from the start.