Air in the engine’s cooling system can cause a car heater that doesn’t work correctly, as well as an engine that warms up faster, which can lead to overheating.

Air in the cooling system is the cause of a heater blowing chilly air, whether it’s while idling or when driving.

Why does air form in the cooling system?

While air entering the cooling system is normally squeezed out by the coolant expansion tank in a well running engine, in malfunctioning systems, air can build up and slow down coolant flow.

The most common cause of engine cooling system airing is a breach in the system’s tightness. Antifreeze expands as it warms and compresses as it cools, causing pressure dips in the circuit.

The radiator or expansion tank’s cap has a two-way valve that can be used to align them. During periods of high heating, it releases extra pressure into the atmosphere, and when it cools, it pulls the air back in.

Because of the faulty operation of the valve, or because of its persistent suction through other nodes, air is leaking into the cooling system.

Causes of air in the cooling system 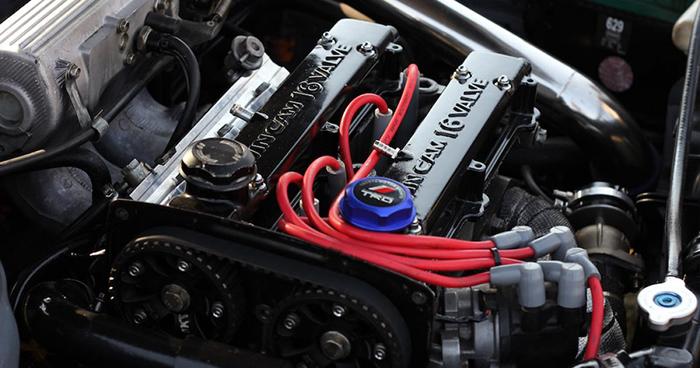 Air trapped in the coolant cannot enter the coolant expansion tank, and from there into the atmosphere, because of a malfunctioning thermostat.

If the water pump has a leak, it will draw air into the cooling system, resulting in air locks. To make matters worse, a worn-out pump can’t provide the necessary pressure to discharge air bubbles into the expansion tank.

4. Clogged or broken valve on the expansion tank cap

This problem can also lead to the formation of air in the course of the coolant.. When the antifreeze is heated and the pressure in the circuit rises, the malfunctioning valve prevents excess air from being released.

Air cannot enter the tank during cooling if the valve does not function properly, increasing the risk of suction in other places.

Radiator and heater cracks might allow cooling air to enter.

The pump will draw air from the expansion tank if the coolant level falls below the minimum needed levels due to leaks or water evaporation.

7. Deposits on the walls of the cooling circuit

Deposits on the cooling circuit walls limit its cross section and throughput, which disrupts the coolant’s normal circulation and prevents air bubbles from being ejected from the system.

8. Worn out pipes, hoses, and seals

When the pressure in the cooling system lowers, air leaks into the system through worn seals, distorted pipes, or loose clamps.

Symptoms of air in the cooling system

Since they cannot be seen, it is difficult to determine whether the cooling system contains air. You must be familiar with the indirect indicators of air infiltration in order to determine if it has occurred. Among them:

1. White smoke from the exhaust

This is the most prevalent sign that a faulty head gasket has allowed coolant into the combustion chamber. In addition, the cylinder block’s exhaust gas can enter the cooling system through it, allowing it to cool the engine.

If you notice a heater pumping cold air when the vehicle is idling and working when the engine is revved up past 3000 RPM, this is a sure sign that there is air in the cooling system.

3. The engine warms up faster

This can also be a sign of cooling system air bubbles. Since the cooling mechanism is disrupted, the engine warms up faster, and the temperature rises over normal operating temperatures, as a result,

Radiator temperature will remain either frigid or warm. A thermostat that is stuck in the closed position is a common source of this symptom.

Another prevalent reason for the formation of air is due to a combination of these two factors.

Coolant leaks that allow air bubbles to form include wet stains and dry white smudges on pipelines, engines, reservoirs, and other nearby areas.

As we have studied the origins and symptoms of air in the engine’s cooling system, we will now go into greater detail to learn how to locate these air bubble causes on those car components.

How to know if there is air in cooling system 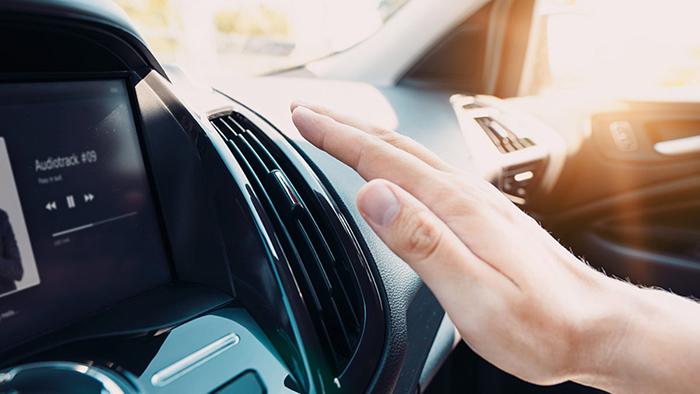 Also, keep an eye out for any cracks or wear in their joints. Make sure there are no fractures in the hoses and that the clamps are securely fastened.

When the pressure drops, small breaches may not allow coolant to leak, but they may allow air to enter.

2. Check the operation of the water pump

Check for coolant leaks by listening to the engine’s noises. When the engine is running, you should be able to feel the liquid pulsing inside the branch pipe leading to the radiator, which indicates that the pump is working properly.

3. Check if air bubbles appear in the expansion tank

You may check for air bubbles in the engine while speeding up to 3000 rpm when it is warm. Often, their existence suggests an engine gas leak.

A broken cylinder head gasket is quite likely if the coolant level gradually lowers and white smoke comes out of the exhaust pipe at the same time.

What happens if there is air in the cooling system?

Because air is much lighter than antifreeze, it collects at the circuit’s high points, preventing the liquid from properly circulating. As a result, the cabin heater stops working and the engine cooling stops working.

A cooling circuit is filled with air for a variety of reasons, as you saw. This problem has some unintended consequences.

Diagnostics and repairs can be difficult and necessitate considerable expertise, so it’s best to have your car examined by a professional mechanic who is trained to look for the warning signals and possible causes listed above.