Toyota Corolla has always been one of the most-bought sedans in the world. Now, on November 16, 2018, at the China Motor Show, the latest generation of the Toyota Corolla was shown to the public for the first time. At the Motorshow, this 12-generation Corolla sat next to the Hatchback and Station Wagon versions of the Corolla that had already been released.

The new Toyota Corolla is built on a brand-new platform called TNGA (Toyota New Global Architecture). It comes with the same 1.8-liter and 2.0-liter gasoline-hybrid engines that are in the hatchback and waggon. But the engines for the European market will be tuned differently. Toyota might also offer gasoline engines with 1.6-liter and 2.0-liter displacements in some areas. 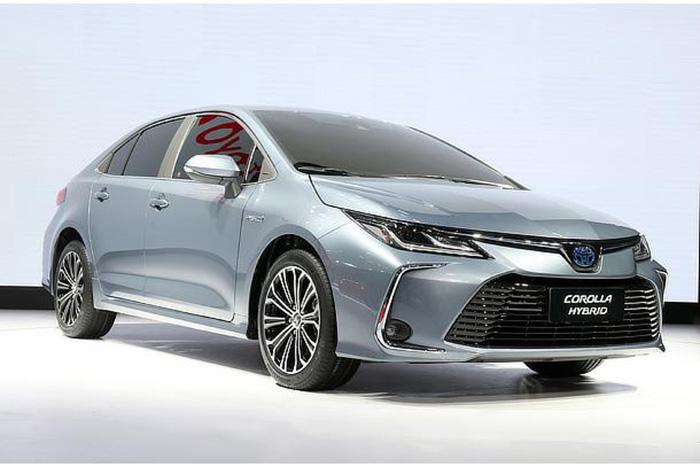 Toyota showed off two versions of the Corolla: the sporty “Levin” from China and the business-like “Prestige” from Europe.

The pictures show that the new Corolla looks modern from every angle. The hood, which is smooth and low, looks more sporty than ever, and the front and back views show a strong, wide stance. The new front grille and LED headlights give it a modern look, but it still has the Toyota look.

The cabin is exactly what you would expect from a Toyota. The whole thing has a calm, Japanese feel to it. The dashboard has LCD instruments and a clean, modern look. You also get a sunroof, dual climate control, wireless charging, and controls on the steering wheel.

Toyota hopes that the TNGA platform will make the new Corolla more fun to drive, in line with its “fun-to-drive” philosophy.

Dr. Johan van Zyl, president and chief executive officer of Toyota Motor Europe, said, “The TNGA engineering and design philosophy gives our next-generation C-segment models a whole new dimension.” In addition to Corolla’s well-known Quality, Durability, and Reliability, it offers the emotional values that our customers want, such as a unique design, refined interior, rewarding driving dynamics, and powerful but fuel-efficient hybrid powertrains. Watch this video to learn about the new Toyota Corolla:

Since it came out in 1966, more than 45 million Corollas have been sold. It’s no surprise that it’s one of the most popular cars in the world.

With brand-new hybrid powertrains and a sportier look, it will be released in Europe in early 2019. The launch in India should happen soon after that.

Why Is My Windshield Fogging Up In The Summer
Syrup In A Gas Tank: What REALLY Happens?
Car Battery Not Charging Alternator Good
Static Noise From Car Speakers