Do you know how much it will cost to repair or service your alternator? Of course, the sort of vehicle you drive has an impact, but there is a general guideline to follow. If you’re looking for an expert on this subject, you’ve come to the right place. More information is available on the about page. Imagine you’ve just completed getting ready for work and are on your way to your car in the early morning. Nothing happens when you turn the key in the ignition, no matter how hard you try. Call the office and let them know you’ll be a little late. Finally, after a few seconds of waiting, the machine begins to work.

Suddenly, your lights start flickering and dimming when you switch on the heater since the weather is a little chilly. That’s strange, to be sure!While driving out of the driveway, you hear a slight whining noise from behind the dashboard. The battery indication light suddenly appears.It sounds as if your alternator is malfunctioning. An alternator, in case you didn’t know, is in charge of supplying electricity to your vehicle. Having a battery that can supply power to your heater, power steering, and lights is essential.

How much does it cost to fix an alternator?

A repair may or may not be possible. If not, you’ll have to pay between $500 and $1,000 to get it replaced (including parts and labor). Otherwise, expect to pay between $100 and $150 for something as basic as replacing an alternator belt (not including diagnosis). Fortunately, we’ll go over all of that and more in depth in this guide. We’ll begin by looking into how an alternator functions. As a follow-up, we’ll look at some of the most common symptoms that indicate a problem, as well as how you may test it at home. Finally, we’ll talk about how much it will cost to have an alternator repaired. What are we waiting for?

How An Alternator Works

An alternator is a device that takes the mechanical energy generated by your engine and transforms it into electrical energy.Mechanics can’t power AC, power steering, power windows, or the radio. It is because of this that the alternator is so important.You may think that your battery is responsible for this, but in reality, it is simply responsible for getting your automobile started. Battery and alternator work in tandem to provide a reliable power source.

The following are the key parts of an alternator: 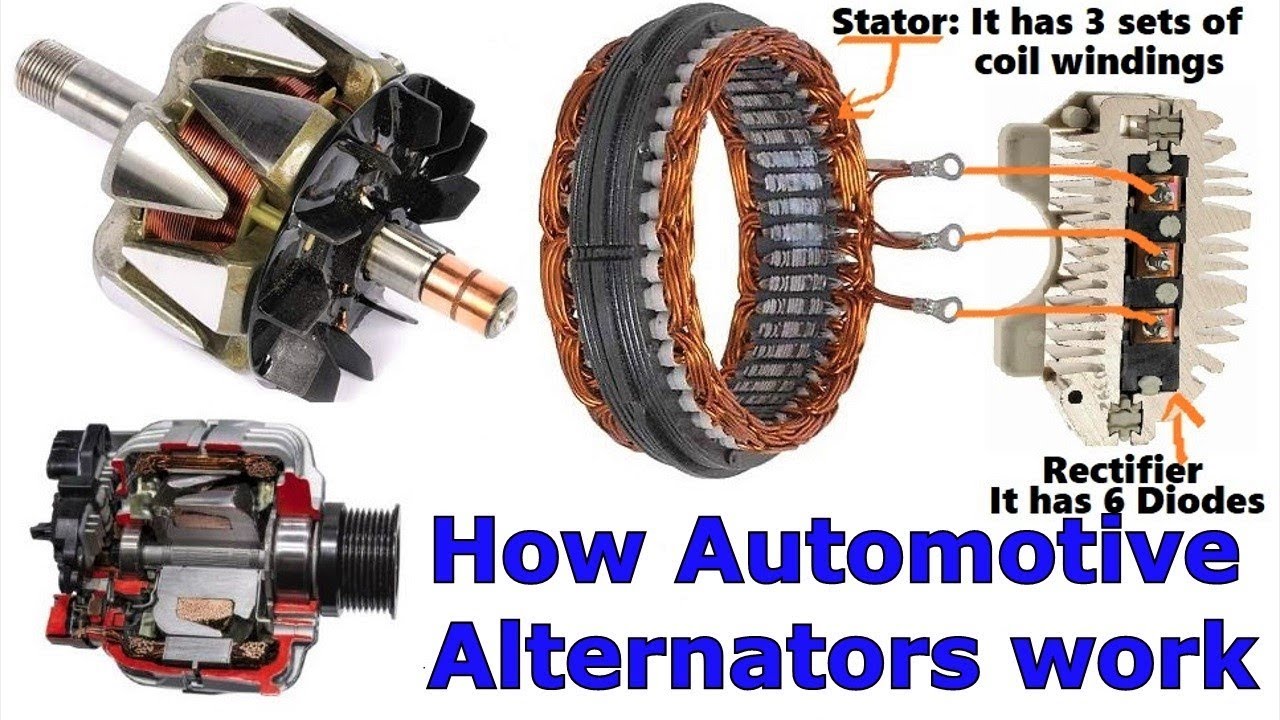 Your crankshaft is connected to the rotor and stator through a belt. The rotor in the stator spins while the crankshaft turns. This generates a magnetic field, which in turn generates an electric current.

It is the diode assembly’s job to take the electricity it receives and convert it to direct current (DC) (direct current). This is then used to power your vehicle’s numerous components.

Voltage regulators are like alternator surge protectors in that they regulate the amount of electricity they produce. There is a danger of overpowering the various components if too much electricity is transmitted. It’s possible that they may be unable to function if there isn’t adequate funding. Your alternator will stop working if any of these parts fail. This signifies that your automobile won’t start because the battery hasn’t been charged properly. In addition, your electrical components will not receive the power they require to function. It is now clear to you how an alternator accomplishes its task. Let’s take a closer look at some of the signs that point to a problem.

Symptoms Of A Faulty Alternator

Your Car Has Trouble Starting

Batteries start the engine and alternators keep it running, as we’ve already discussed. As a result, it is possible to keep the battery from being completely depleted by the alternator. When you turn the key and hear a clicking sound, you need to figure out which part is broken. Fortunately, we’ll go over how in the following section.

Remember that the alternator is responsible for supplying power to all of your vehicle’s electrical systems. As a result, if something goes wrong, it won’t be able to keep working. Keep an eye out for any indications that it’s having difficulty keeping up. Some of these include slow or sluggish power windows, dull or flickering headlights or dash lights, and other issues. Taking care of a broken alternator as soon as possible guarantees that it doesn’t cease working altogether.

Your alternator is powered by a belt that is attached to the crankshaft. There may be an issue with the system if you hear a whining or growling noise coming from beneath the hood. Belts and bearings that are damaged or misaligned are examples of this.

The presence of a battery-shaped indication light is a sure sign that something is wrong with your charging mechanism. The alternator may or may not be to blame, but it’s certainly a possibility. Identifying the source of the problem is the first step when this occurs, whether it is the battery or alternator.

Diagnosing the root of a problem is important. In this article, we’ll go through how to check your alternator and battery for problems. Because alternator repairs are much more expensive than simply changing a battery, knowing this is essential.

How To Test If An Alternator Is Working Correctly

A multimeter, which measures voltage, current, and resistance, is required for both of these tests. Multimeters range in price from $15 for a basic model up to $100 for a model with additional features. An entry-level computer will do just fine for this test. 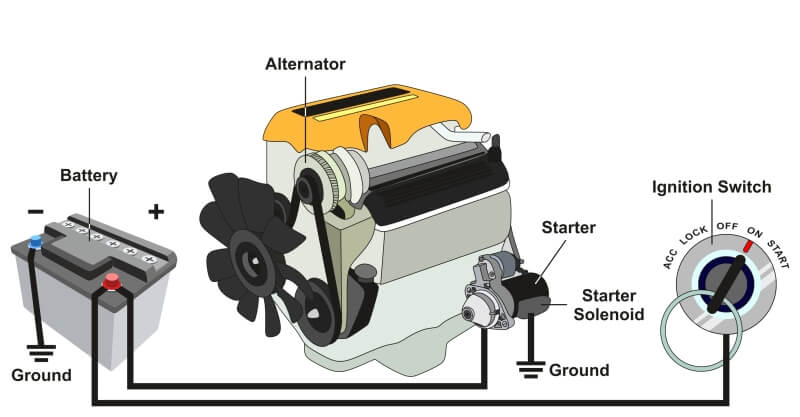 A red and a black probe will be found on a multimeter. Starting with the positive battery terminal, attach the red wire to it, and connect the black wire to it (they will be marked by a plus or minus). The magic voltage is 12.6V, and it shouldn’t fall below that level. Your battery is only half-charged if it’s at or below 12.2. An alternator or battery failure may occur if the voltage is too high..

The battery should be disconnected from the car and connected to a charger if it is running low. Disconnect it from the charger and leave it for the night once it is fully charged. In the morning, if it’s still low, you’ve got a bad battery, therefore you’ll need to replace it.

Before you do anything else, make sure your engine is running so that the alternator can start working. The next step is to attach the multimeter probes to your battery in the same way as the last test.A measurement of 13.8V to 14.4V is the ideal range.If your alternator’s output falls outside of this range, you have a problem. This means you’ll either have to fix it or buy a new one.

After learning how to pinpoint the source of the problem, you’re more equipped to deal with it. Here are the expenses associated with repairing or replacing an alternator.

A smaller garage may charge as little as $50 an hour, while a dealership may charge as much as $100.In addition, there is a diagnostic fee of roughly $80-$120, although some may charge a little more.Alternators come in a variety of forms, including new ones and those that have been refurbished or used. New alternators are the most expensive, but they are also the most durable.It’s good to know that both new and used products are covered by a guarantee.Used alternators are more dangerous since they are more likely to have a problem or fail at any time.Three alternatives are available, with prices ranging from roughly $300 to $500 on average. The actual replacement should take no more than two hours. An alternator replacement will set you back between $500 and $950 when all is said and done.

Sometimes all that’s needed for repairs is a new belt or a thorough cleaning of the connections. Depending on the make and model of your automobile, you’ll still have to pay the diagnostic charge and the hourly rate, which should total a few hundred dollars. 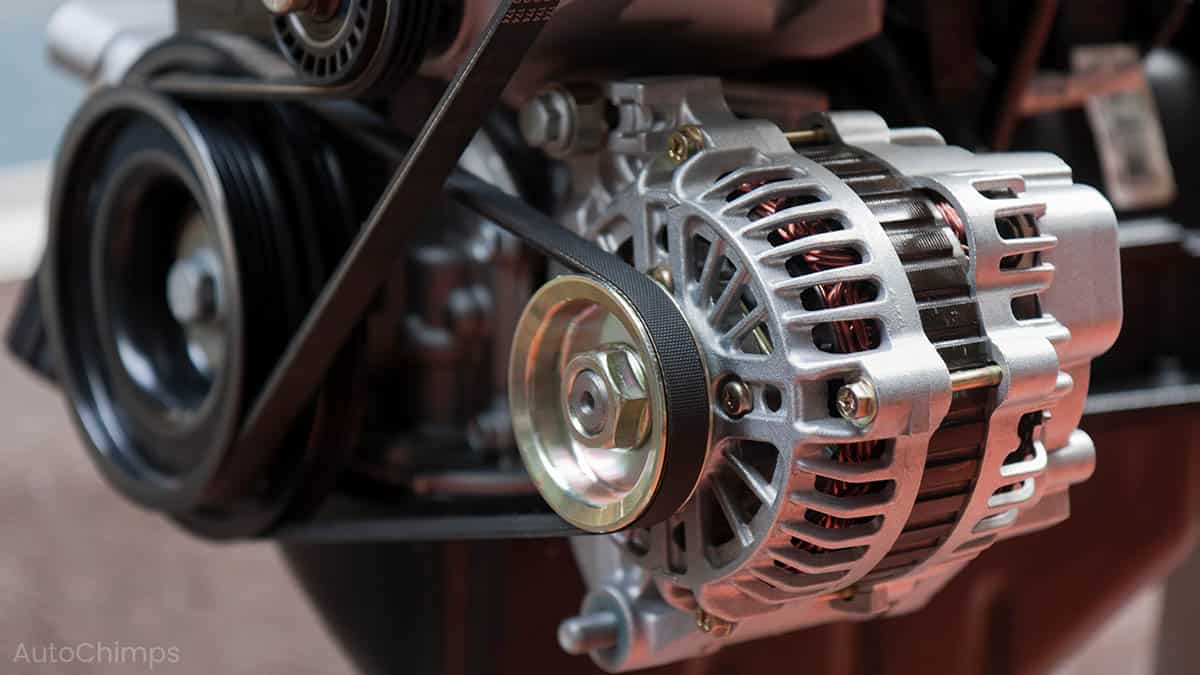 Everything you need to know about alternator repairs and replacements is now at your fingertips.Buying a new one is the last thing you want to do if the problem was something else, like a faulty battery. Furthermore, by being aware of the typical price range, you can avoid being overcharged at a store.