The fuel gauge sensor in the tank is frequently criticized by vehicle enthusiasts for being inaccurate. To a certain extent, this is correct due to the fuel gauge’s unreliability in indicating how much petrol is left in the tank and the potential difficulties that it may have.

We’ll go into great detail about what a fuel gauge is and what problems it can cause in this article.

What is a fuel gauge sensor?

Sensors in a car’s fuel gauge (FLS) measure how much gas is left in the tank. You can see it on your dashboard because it is put directly into the tank. Analog and digital signals are supported by this sensor. As a result of its poor accuracy, analog fuel gauge sensors are rarely utilized today.

Digital fuel gauge sensors are more accurate because they can convert the signal into digital information, thereby correcting measurement inaccuracies, some of which are caused by the tank circumference and unequal distribution of the fuel. Physical measuring is the most critical step in their process.

Types of fuel gauge sensors and their accuracy 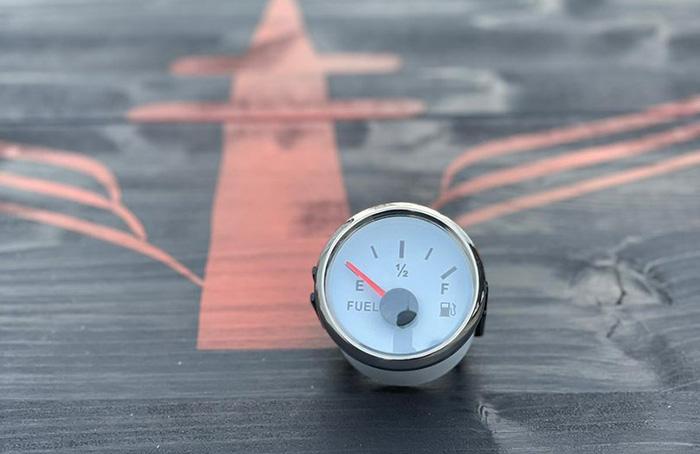 Also known as a potentiostat. The fuel tank contains a standard sensor installed by the automaker. There is a direct link between the float and the potentiometer. The placement of the float changes as the fuel level in the tank changes.

Due to the potentiometer, the resistance and voltage output of FLS can be altered by changing the potentiometer. Information from the sensor can be shown on an old car’s dashboard through a separate cable or analog signal, while later vehicles use the CAN system and digital signals to show you how much fuel is left.

The float fuel gauge sensor has an accuracy range of between 10% and 30%.

An error rate of just 0.2 percent is considered to be extremely low for this sort of fuel metering sensor. In order to create an ultrasonic pulse that enters the bottom of the tank and returns to its emitter, it is mounted outside the tank at the bottom. For the purpose of estimating the tank’s fuel column height, the time elapsed between transmitting and receiving the signal is used as a starting point.

Despite its accuracy, an ultrasonic fuel gauge has some drawbacks, the most notable of which is the difficulty of installation.

The sensor is either glued to the fuel tank or taped to the tank with metal tape. A precise match with the surface must be achieved. Transmitting inaccurate data is made possible by the distortion of ultrasonic waves that occurs when the contact is loose.

Inaccurate data on gasoline level might also be caused by an uneven fuel tank. Dirt and water can also interfere with the ultrasonic signal and indicate changes in the fuel level.

Ultrasonic FLS should only be used in cars with LPG installations, according to experts.

The accuracy of this sensor is 98 percent. There are two non-touching tubes, one inside the other, that make up the measurement portion of the device. The tubes are used as capacitor plates and are attached to the FLS board from the top.

The tubes receive an electric current, and gasoline, diesel, or any other fuel acts as a dielectric for the electric capacitor. When the sensor is lowered into the tank, fuel fills the space created by the plates not touching one another. As you can see, the gasoline levels in the tubes and tank are exactly the same.

The capacitor’s electric capacity changes when fuel is pumped into the tubes. Because gasoline has a lower electrical resistance than air, the device’s charging time will be shortened. The faster the capacitor is charged, the more fuel there is in the tank.

Bad symptoms and problems of the fuel gauge sensor 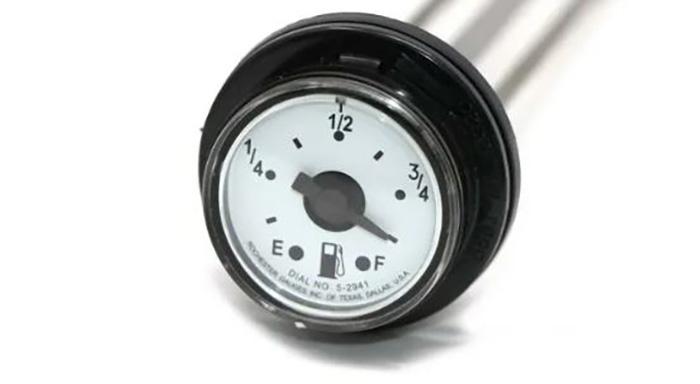 Because this sensor is exposed to harsh chemical conditions, its parts are likely to fail sooner rather than later. These signs and symptoms can be expected to show up:

The quick wear of the tracks is the most common cause of fuel gauge issues; wiring failures are less common. Devices are either inaccurate or not displayed at all on the dashboard in these cases. Wires have been harmed in this instance.

It’s not just possible that the magnetic and current-carrying components of the fuel level sensor wear out incorrectly. The sensor’s performance can also be affected by the following factors:

Floats don’t sink properly because of a hole in the float.

The float movement is hindered by a distorted fuel tank.

If you don’t detect any problems with the fuel gauge or its wiring, you’ll need to examine the gasoline tank. It’s possible the fuel tank has been harmed, despite the fact that this is quite uncommon.

How to check the fuel gauge

It’s best if your sensor works, but the indicator is constantly bouncing between 0 or E (low) and 1 or F (high). In this manner:

Alternating between zero and one, the indicator should also travel to these extreme locations, 0 being an empty tank and 1 being full. It is necessary to bend the pin and continue adjusting if the pin’s position does not match the arrow’s position.

The next step is to remove the dashboard panel, unhook the cables, and then remove the indicator before reinstalling the wires. Adjust the indicator axis to the 1 position and return the indicator to its original position after starting the automobile and letting the engine idle for around 10 minutes.

After a while, you’ll have to take the dashboard apart again, but this time to clean off all of the possible oxidation spots. Additionally, you’ll need to check every mass on the body.

The float must be moved manually if the device is dismantled. As long as the resistance doesn’t change when you move the float, the sensor is faulty and needs to be replaced.

The fuel gauge is a critical component of a vehicle, and without it, drivers will be significantly less at ease. Because of the sensor’s difficulties and symptoms, it is more likely that the sensor is inaccurate. However, in general, they are quite unusual. Good news! You can replace or repair the sensor.