People have tried to steal cars ever since they were first put on the road. So, people have worked hard to come up with a good anti-theft system to stop thieves from getting their hands on cars.

Anti-theft systems are great until they aren’t. No one wants their car to be stolen while they’re away, but what good is it to have a car if you can’t drive it?

But how do anti-theft systems work, and how do you fix them if they start acting up?

If your anti-theft system car won’t start, keep reading and we’ll tell you everything you need to know to get back on the road as soon as possible.

Electronic immobilisers have been used in cars for more than 100 years, which is hard to believe. Jalopnik says that two Portland men, St.George Evans and Edward Birkenbuel, came up with the most advanced anti-theft system. They got a patent for it in 1919. A system that is similar to what is used in cars today.

Before the immobiliser was invented, car thieves were kept away by steering wheels that could be taken off and wheel locks. Electronic immobilisers have been around for more than 100 years, but this anti-theft system didn’t become standard until the late 1990s. Several countries, including Germany and the UK, made it so that all new cars had to have anti-theft systems built in.

But electronic immobilisers have been around for more than 100 years, but they didn’t become standard until the late 1990s. That’s because in 1998, Germany, the UK, and other countries made it so that all new cars had to come with them already installed.

So, instead of making different lines of cars for people who didn’t have the system, most automakers decided to put the about $50 anti-theft system in all of their new cars.

What is an Anti-Theft System? 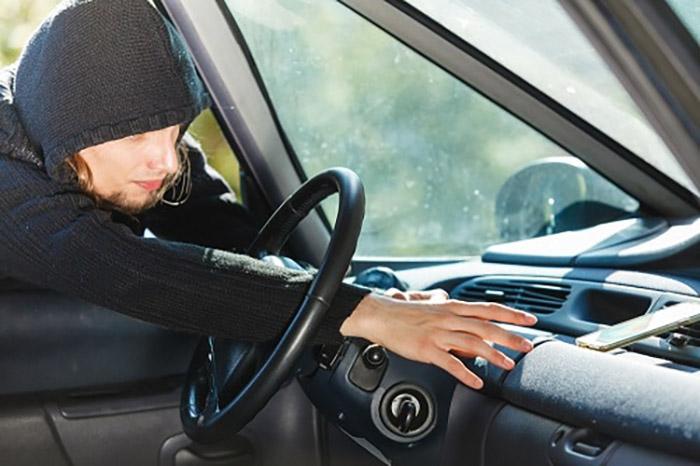 Modern cars all have some kind of anti-theft system, but the electronic immobiliser is the only one that will stop your car from starting.

In 1998, several countries made it so that all new cars had to come with immobilisers. Since then, they’ve become standard on almost all cars.

The Economic Journal says that the number of car thefts has gone down by 40% since 1995. They are so common now that every new car in the U.S. has them.

How Does an Anti-Theft System Work?

The system itself is pretty easy to understand and use. A transponder is attached to your car key. When you turn the key to start your car, this transponder sends out a signal that is picked up by a receiver in your car. v’s car will start if the signal matches.

Even if all of the tumblers are in the right place, you won’t be able to start the car if the signal doesn’t match. Each car has its own signal, so even if you put in a key from a different manufacturer, it won’t work.

Even though the system is very good at stopping car theft, it isn’t perfect. The signals can be spoofed, or copied, so that your car can be stolen later. All you need is this signal to start a car with a remote starter.

The Car Alarm Vs. The Anti-Theft System

Even though the car alarm is technically a “system to prevent theft,” that’s not what we’re talking about here.

Car alarms might be loud and scare away thieves, but they do a better job of keeping things from being stolen from the car than from the car itself. Even if the car alarm is going off, you can still start it if you have the right key and the anti-theft electronic immobiliser system is working.

The immobilising anti-theft system won’t make a sound, but it will stop someone from stealing your car. On the other hand, the system tends to act up, which can make it hard to start the engine. 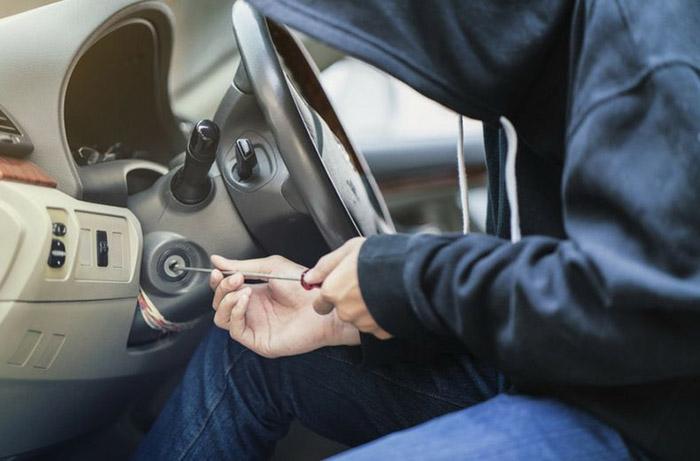 Every part of your car, even if it works now, can break at some point. The same is true for an anti-theft system. Even though anti-theft systems are usually reliable, they can act up sometimes. It’s important to know what to do if that happens to you.

How to Identify a Fault Anti-Theft System

Before you try to figure out what’s wrong with the anti-theft system, you need to know what the problem is.

If your car’s anti-theft system isn’t working right, you won’t be able to start it. Also, your dashboard will have a light that looks like a lock or a key (depending on what you drive). This is your anti-theft and security light. The ECU of your car will sometimes turn on this light along with the check engine light.

This light can come on even if the problem is with the key, since the transponder code is not being read. When you try to start the car, it will turn on, even if everything else is working fine.

Always Start with The Battery

When you’re trying to figure out what’s wrong with something electrical, start with the battery. The security light might come on because the receiver isn’t getting enough power, which is probably also why your car won’t start.

After checking the battery and making sure everything looks fine, you should reset the system. This might sound hard, but it’s one of the easiest things you can do.

Just take the positive terminal off the battery and leave it off for about 15 minutes before putting it back on. This resets all the electronic parts of your car, including the anti-theft system.

This might not seem like it will do much, but if your car’s anti-theft immobiliser does get set off, sometimes it won’t reset until you reset the whole system.

Check to see if the wheel is locked.

This problem is more annoying than anything else, but it’s not too hard to fix, you just have to keep at it.

You just have to move the steering wheel around a little bit until it gets loose. You will be able to tell the difference. To get the wheel to turn, you might need to turn the key in the ignition while turning the wheel.

Take a Closer Look at Your Key

It’s the part that’s the easiest to see and check for obvious flaws. Each key has a transponder, and if that transponder is broken or lost, you won’t be able to start your car.

If you see something wrong with the key, you’ve probably found your problem. This is very easy to check if you have a spare key.

After you’ve reset the system, try starting the car with a spare key. If it works, you know what’s wrong.

Most manufacturers won’t fix just the transponder chip, so you’ll have to get a new key.

If you’ve done the other steps and still can’t figure out how to use the anti-theft system, it’s time to read the code.

A code reader will tell you why the light is on, just like a check engine light. The key might not be sending a signal to the receiver, or your receiver might not be getting any power.

A code reader won’t tell you exactly what you need to replace, but it will show you the way.

Troubleshoot and Replace the Highlighted Component

But when you’re troubleshooting, don’t forget the basics. If you know how the system is supposed to work, you can’t use the data in the code to figure out why it’s not working. If the receiver doesn’t get a signal, it’s either the receiver or the transponder that’s broken.

Either way, you’ll need a key to match the new receiver, so you might as well save a little time and replace both parts.

But if you don’t have power, you’ll need to do some electrical troubleshooting or take the car to a mechanic.

Even though electronic immobiliser anti-theft systems can give you some trouble now and then, it’s worth it when you think about how many car thefts they stop every year.

In fact, stealing a car without a key has become so hard in recent years that it’s almost always done by a professional. Carjackers don’t exist anymore, and those who do need a lot of training.

When your car won’t start, you might swear off the system, but when everything is back to normal, you’ll be glad you have it.