The most important thing about your car battery is that it gives your car the power it needs to get you where you need to go every day.

But if you look at your battery, you might notice that it has a cover and wonder if the cover is really needed.

A car battery cover isn’t necessary, but it does help in a number of important ways. For example, it keeps the battery from getting too hot and protects it from rust and corrosion. Covers for batteries help the battery work better and last longer.

Read on to find out more about why a simple-looking battery cover is such a useful car part.

What is the Point of a Battery Cover? 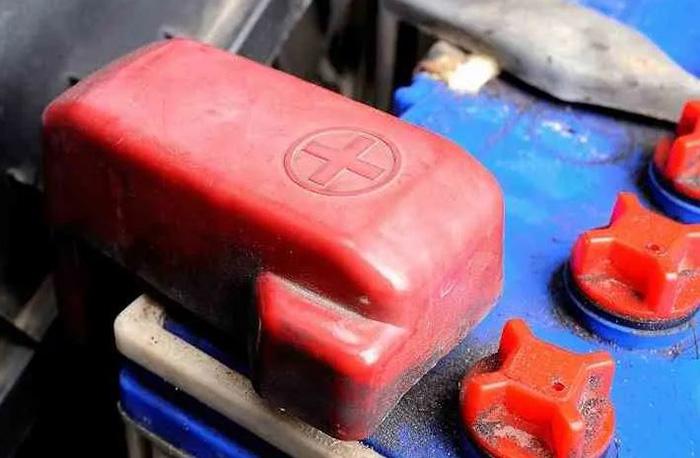 If your car has a battery cover, it’s not just for looks. A battery cover does, in fact, do a few important things.

The most important thing is that the battery cover will help your car’s battery last longer.

Whether the cover is made of plastic or more like an insulated jacket, it will keep your battery safe when it is very cold outside.

Since very cold temperatures affect the chemicals inside car batteries, the battery cover can insulate your car’s battery just enough so that it can go through its normal sequence of temperature changes at a slow and steady pace.

By doing this, your battery is less likely to short out or have other problems that could leave it dead when you get there.

The car battery cover also keeps rust or corrosion from forming on the terminals of the battery. The cover helps keep water, dust, and dirt away from the battery terminals, just like it helps protect against cold temperatures.

When these are left out in the elements under the hood of your car, rust and corrosion happen more quickly.

Do Battery Terminals Need to be Covered?

Even though it’s not required, it’s usually a good idea to cover the battery terminals on your car. This gives them an extra layer of protection.

The main reason for doing this is to keep water from getting into the terminal and causing rust, corrosion, or short-circuiting, which can kill the battery.

In fact, one of the main reasons why battery terminals on newer cars are covered is to keep the electricity safe.

With more things being put under the hoods of newer cars, there is often not much space between the battery terminals and the hood when it is closed. If the hood and the battery come into contact by accident, arcing may happen on the underside of the hood, burning off the paint and doing a lot of damage to the battery.

If you drive your car in an area with a lot of smog, leaving the battery terminals exposed can make it more likely that they will rust or corrode.

This is because of the amount of nitric acid in the air, which goes up when there are a lot of emissions from factories and cars.

Even though there isn’t much chance of an explosion under your hood, battery terminal covers can help make sure it doesn’t happen.

Even though it’s unlikely, gas could build up under the hood of your car if the right things happen.

By covering the battery terminals, there is no chance of arcing, which means there is no way for hydrogen gas to catch fire.

Lastly, battery terminal covers can be very helpful if your battery dies and you need a jump start.

When you look at a battery terminal cover, you will see that it is usually bright red or yellow and has a plus or minus sign on top.

If you need a jump start, these terminal covers will make it much easier not to make a mistake, which is easy to do on a dark, cold night when you just want to get your car started and head home.

Do Battery Covers Need to be Replaced? 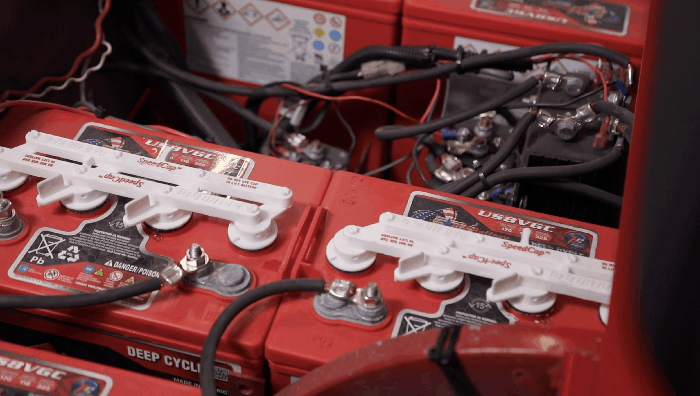 Most of the time, you don’t need to replace the battery cover. But now that you know how useful a cover is, you may want to get one after having your battery serviced.

Most manufacturers of newer cars now say that the battery cover should be changed every time the battery is serviced.

But some people think that the battery cover actually keeps in more heat than is necessary, which could cause the battery to overheat and break.

Overall, most people just throw away their car battery covers because they see them as a decoration that gets in the way when they are working under the hood.

But if your car has an unsealed battery, which means that the top has a cap that can be taken off, your car battery cover will be even more important for keeping the battery in good shape.

Along with preventing rust and corrosion, the battery cover may also help keep the temperature in these batteries more stable. Unsealed batteries are more likely to overheat, causing their fluid to boil and leak out.

In the end, there are reasons to keep or put away the battery cover. Since we usually do what the car company tells us to do, we think you should do the same.

Will Not Having a Battery Cover Really Damage My Battery?

Even though the jury is still out on whether or not all cars really need a battery cover, most experts agree that having one under the hood of your car has more pros than cons.

Think about how warm weather affects the battery in your car. Even though you know that very cold weather will drain your battery, you should also know that warm weather can do the same thing under the right conditions.

Having a battery cover will keep the engine compartment from getting too hot in the summer, which could hurt your battery.

Some research shows that removing the cover from your car’s battery can cut the battery’s life by almost 70%, especially if you live and drive your car in a very hot climate.

Is It Easy to Get a New Battery Cover?

Yes, getting a new battery cover for your car is usually not hard at all.

You should be able to find the part you need at a local auto parts store, the dealership where you bought your car, or by shopping online.

Most of the time, getting a car battery cover replaced won’t cost you much more than $20.

After that, it should be easy for you to install on your own. If you can’t do it, your mechanic should be able to do it for you in just a few minutes.

Should I Worry if the Battery Cover is Missing from a Car?

If you’re looking at a car you might buy and you see that it doesn’t have a battery cover, you don’t have to worry about it.

If the car runs well and the battery doesn’t have any visible signs of rust or corrosion, you shouldn’t have any problems. Even if you buy the car, you might be able to find a battery cover that fits if you think it’s important.

Since you want to do everything you can to keep your car battery in good shape, you might want to give a car battery cover a high priority for your vehicle.

By doing this, you may be able to make it last longer and stop other unexpected things from happening.