If you’ve ever spent time fixing a bike tube that got a hole in it, you may have wondered if car tyres have tubes or if they run without them.

Tires without tubes are the norm in the car business. They are better than tubed tyres because they get better gas mileage, ride smoother, and are easier to fix.

From a safety point of view, this is great news, since tyres have become more durable and safer over the years.

Do Car Tires Have Tubes? 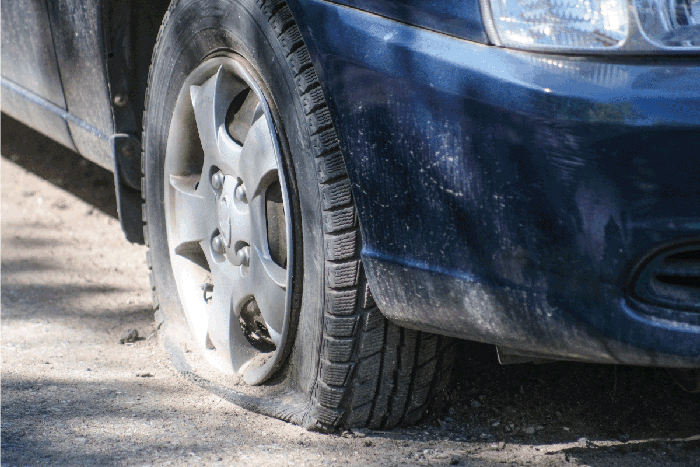 Between the tyre casing and the rim, there are rubber tubes in the shape of a donut. The air-filled tube cushions and spreads the car’s weight evenly across all four wheels to make the ride smooth.

Tubeless tyres, on the other hand, don’t need a separate tube inside them.

Tubeless tyres are becoming more and more popular, and for a good reason. They are better than traditional tyres with tubes in many ways. Find out why by reading on.

What Are Tubeless Tires?

A tubeless tyre is one that doesn’t have an inner tube or rim tape. Instead, the structure of the tyre keeps the air in, and the tyre only needs a separate sealant to keep its shape.

A membrane inside the tubeless tyre keeps the air from leaking out. The membrane is made up of a joint that seals off the space between the wheel and tyre. This joint makes the airtight chloro-butyl lining even stronger.

Tubeless tyres are easier to fix when they get a hole because of how they are made. They have better grip, last longer, and have less rolling resistance. Because of all of these things, tubeless tyres are more useful and cheaper than tyres with tubes.

Let’s look at some of the good things about car tyres that don’t have tubes.

The most common way for a tube tyre to get a hole in it is when a sharp object nicks it.

This is a flaw in the way the tyre was made, and it always causes air to leak out of the tyre right away. On the other hand, a tubeless tyre can’t lose too much air if it gets a hole because it doesn’t have a tube.

2. Driving Is Possible Even with Low Pressure

When the pressure in regular tube tyres isn’t right, the wheels of the car could get damaged. With even a small hole, the tube will start to pull air through it. Soon after, it will start to leak air, which will cause the tyre pressure to drop even more.

Even if the tyre pressure is low, you can still drive on these durable tubeless tyres. To make sure that these tyres keep working well, you need to have them checked regularly.

3. You Can Use Fluid Sealants to Seal Punctures

Another great thing about tyres without tubes is that you can fill them with sealants that are fluid. The sealant makes it less likely that the tyre will lose all of its air. In case of a hole, the glue flows out quickly and hardens as it dries to cover the hole.

This makes sure that the air pressure stays the same even if you drive for a long time.

Tubeless tyres are lighter because they don’t have a tube. This makes them run better and use less gas.

Also, they are safer, which is why any driver would choose them.

Tubeless tyres help keep the car stable while driving, which makes the ride smooth. The wheel is easy to steer because it doesn’t have a rim or a cover.

Even at high speeds, the tubeless tyre will stay in place because there is no friction between the casing and the rim. This also makes it less likely that the tyre will explode from the heat caused by friction.

How Do I Know If My Tires Are Tubeless?

The best way to tell if a tyre has a tube or not is to look at the valve. On a tube tyre, the valve will feel a bit loose. To make sure, you can poke a hole between the rim and the valve with your finger.

The valve neck of a tyre without a tube feels strong. Close to the rim, the base of the valve bulges up over the hole.

The Difference Between Tube and Tubeless Tires

We made a table to show the differences between tyres with tubes and tyres without tubes.

Are Most Car Tires Tubeless?

Yes, tubeless tyres are very popular. This is because they have less friction, slow air leaks, and liquid sealants.

Tubeless tyres are becoming more and more popular among car companies and consumers because they are seen as better than regular road tyres.

Their global sales keep going up because they have a lot of good things going for them. In the next six years, the tubeless tyre market is expected to be worth USD 241.85 billion, according to a report by Market Research Future (MRFR).

The number of people who want tubeless tyres keeps going up. Because of this, automakers are making cars that use less gas.

When Did Car Tires Go Tubeless?

Around 3500 BC, the first wheel was made, and it quickly became one of the most important things ever made. The first tyres were made of metal and leather. Then we switched to tyres made of rubber.

Tires without tubes were first made in 1847, which is hard to believe. These tyres, which were first called “pneumatic tyres,” were a big step forward because they used less gas, which was a pressing economic issue at the time.

Tubeless tyres are lighter than regular tyres, so when they roll, they use less energy and less gas.

Tires without tubes are now the norm in the tyre business. And car fans loved them for how long they were expected to last, how well they worked, and how little maintenance they needed.

The change from tyres with tubes to tyres without tubes is one of the most important changes to cars in recent years.

Even though tubeless tyres are still a luxury feature, most new cars come with them as standard. Even older models can have tubeless tyres put on them, and they will still work better.