When the weather is bad, like when there is thick fog, poor visibility is a big safety risk for us and everyone else on the road. When we’re driving, it’s important to always have the best view possible.

In fog, low beams are better to use because they shine down and aren’t as bright. This means that water droplets in the air don’t reflect as much light back at you. Because high beams are more intense and have a higher pitch, they reflect more light and make it harder to see.

Read on to find out more about how to drive in fog, how to use fog lights, and how they are different from low beams.

What Is the Difference Between Low Beams and High Beams? 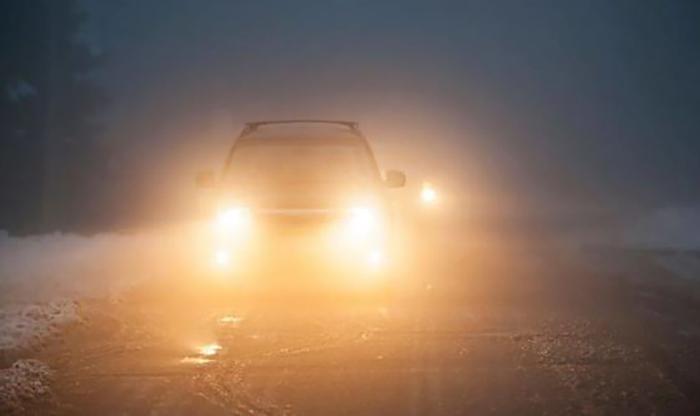 Headlights are put on the hood or front bumper of cars to help us see better.

These lights light up the road in front of you and have two settings: high beam and low beam.

High beams, also called full beams, shine a strong, bright light straight ahead for about 100 to 150 metres (about 350 to 500 feet). Their goal is to give off as much light as possible so that it can reach farther.

Since the light is so bright, we shouldn’t use high beams anywhere but in dark or rural places. When using high beams, we should also be aware of other cars coming from either direction.

The high beam mode should only be used for short amounts of time and in very dark places. So, when a car is about 500 feet away, we should always switch from high beams to low beams.

Low beams, also called “dipped beams,” send less powerful light up to 40 to 60 metres (130 to 200 feet) sideways or down. The glare isn’t too bad because the light isn’t shining in the eyes of other drivers.

They can be used just fine in normal weather and on roads with a lot of traffic. We can see people, signboards, and other cars in front of us when we use low beams.

Are Low Beams Better in Fog?

When driving in fog, the best thing to do is to use the low beam mode. The light shines down and lights up the road in places where it is hard to see. When the weather is bad, using low beams makes driving safer.

Most people use the low beam mode as their main source of light. In foggy weather, it lights up the road ahead better than the high beam mode.

Without the blinding effect of high beams, other drivers can see us well.

Should You Use Low Beams in Fog and Snow? 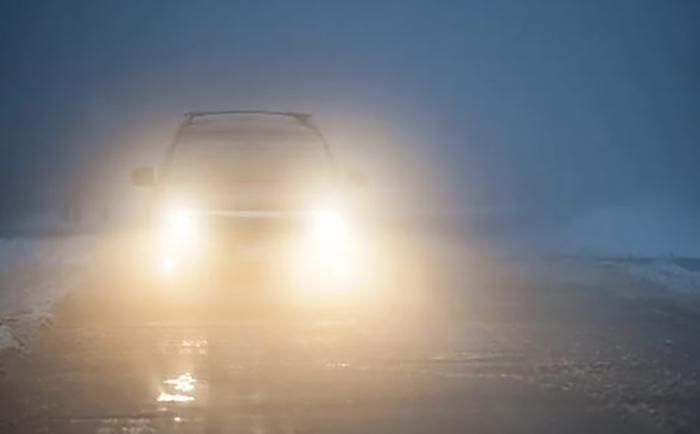 Snow, fog, rain, and clouds all block some of the light from getting through. The little light that is available is spread out by the water particles, which can be dangerous for us, pedestrians, and other drivers on the road.

When driving in the snow, it’s important to make sure that none of the lights, mirrors, or windows are covered in snow. We can’t use high beams when it’s foggy because the light that bounces off the water droplets makes it harder to see.

Are Low Beams and Fog Lights the Same?

Low beams are not the same as fog lights. Some cars don’t have fog lights because they aren’t required. Fog lights are a separate unit from our car’s headlights. They are on the bottom of the front bumper.

Low beams and high beams, on the other hand, are a single unit on the front bumper.

Fog lights are supposed to shine more light in front of the car without making it harder for other drivers to see. When used right, they help make the regular headlights work better in bad weather, like snow or fog.

Fog lights have a special beam that is wide and flat. It can cut through fog and light up the road, making it easier for drivers to stay in the right lane.

Are Fog Lights Brighter than Headlights?

Fog lights shouldn’t be brighter than headlights from a technical point of view. This is so you don’t make other drivers on the road confused or distracted.

Some cars aren’t made with fog lights, but the owner can have them put on. They can also exchange the original lights with bright, white ones. Most of the time, the new fog lights give off a strong, white light that shines in all directions.

This makes it hard for other drivers to see clearly ahead on the road. In some places, fog lights are not allowed when the weather is clear or on private property.

Driving in fog can be dangerous because it makes it hard to see. To make sure our safety and the safety of everyone else on the road, it’s important to:

If you can’t see where you’re going, you should slow down.

Since we can’t see things moving past us in thick fog, we don’t feel like we’re going very fast. To keep our speed in check, it helps to keep an eye on the speedometer.

We also have less time to react to changes on the road because we can’t see as well. This makes it even less safe.

#2 Make use of the right pavement line for guidance

When there’s a lot of fog, it’s best to use the white line on the right side of the road to stay in the right lane.

If we use the lines in the middle of the sidewalk, we might end up moving very close to oncoming cars.

This helps you get away from roadblocks and cars coming the other way.

#3 Avoid stopping on the road

Even if you can’t see very well, you can slow down without stopping completely on the road. If you have to, pull over somewhere safe and far from the road and turn off your lights.

If we leave our lights on, other drivers might think that our taillights point them in the right direction. This could lead to something going wrong.