Even if you’ve never heard of a Brodie knob, you’ve seen one! They are the small knobs that some cars and other vehicles have on the steering wheel.

When they are put on right, steering wheel knobs are usually safe to use. When they are installed wrong, they can be dangerous to drive because they might get caught on the driver’s clothes.

Keep reading to learn more about how to use a steering wheel knob in a safe way.

Is It Safe to Use a Steering Wheel Knob? 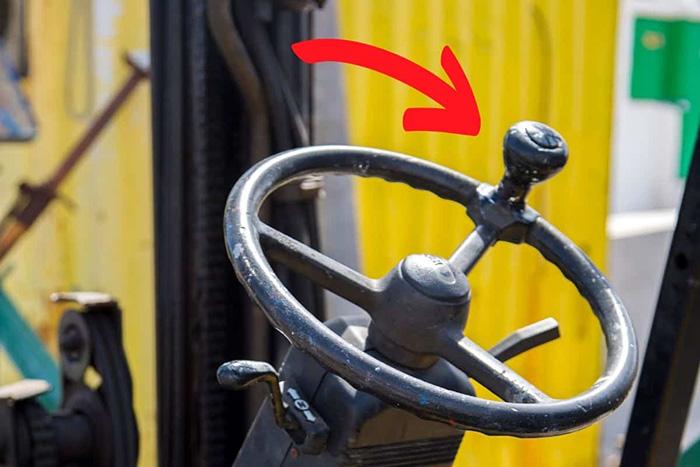 When it comes to putting on a steering wheel knob, there is only one big problem!

They have to go in a certain place, or else they could be dangerous. It’s not a good idea to put them where they can get on your clothes.

You can see if they will work by getting in the car while you are putting them on. Try to move the steering wheel the way you would normally when driving the car.

At no point should the knob be too close to your clothes. If it’s too close, you’ll need to move it. That’s the only way to make sure it doesn’t get in the way while you’re driving.

Even if you put one of them in the right way, you still can’t be careless on the road.

When you’re making a turn, you can use the knob to keep one hand on the wheel at all times. You won’t have to take them off every time the wheel goes around. If you’re going around a sharp corner, you usually have to take your hands off it to keep turning.

With a knob, it’s much easier to make sharp turns without taking your hands off the wheel. So, they can actually make driving safer on roads with curves.

Where Should a Steering Wheel Knob Be Placed?

A steering knob can go in one of two places. Put it on the side of the wheel that corresponds to the arm you use most often. So, if you write with your left hand, put it on the left side of the steering wheel.

If you use your right hand most of the time, put it on the right side. When it’s installed, it will be easier to use if it’s on the dominant side.

Most of the time, you should put it near the top of the wheel. Make sure the wheels are perfectly straight so that the tyres are in line with each other. Then, put the knob on the top just to the side. After you’ve done everything else, that’s where you’ll have the most power.

Take a minute or two to see if the knobs will catch anything. With the knob in place, turn the wheel all the way around. If it gets stuck on something, move it.

Do this until you get it to a place where it won’t touch anything. 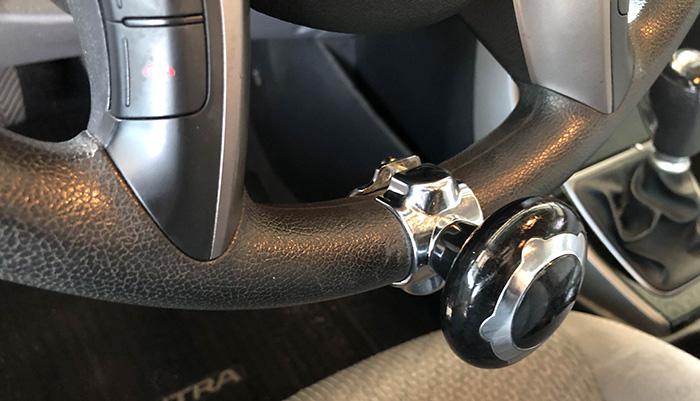 In the federal law code, there are no rules that say you can’t use a knob in your car. But you should still check your local laws to see if there are any rules against them.

There may be local laws against them in some places. You can only find out if that’s true by doing some research. If you want to put one of them in your car, you could ask your city hall if it’s legal to do so.

If you’re going to change something in your car, it’s always best to be sure. So, you won’t have to worry about accidentally breaking the law.

In some places, it is against the law to drive without a knob on the steering wheel. If you have a disability, you might need to put one of these in your car to keep driving.