Buying a car is likely going to be one of the most expensive things you ever buy. Unfortunately, buyers only care about how much the car costs. This kind of short-sightedness often leads people to buy a car before they know how much more it will cost to own the car in the long run.

When it comes to maintenance, repairs, gas, and other hidden costs, a car can be very expensive. So, instead of buying the deal, you should buy the car!

So, do Subarus make good cars?

Yes, especially if there is snow or you are in the mountains.

The story of Subaru begins in 1950, when Fuji Sangyo Co., Ltd. Japan’s corporate credit rearrangement law says that’s when the company that made aeroplanes was split into 12 different companies.

FHI had been planning to get into the car business for a while, so in February 1954, they put out a prototype car with four seats called the P-1. The P-1 had a 4-cycle OHV engine, and the next year it was called the Subaru 1500. 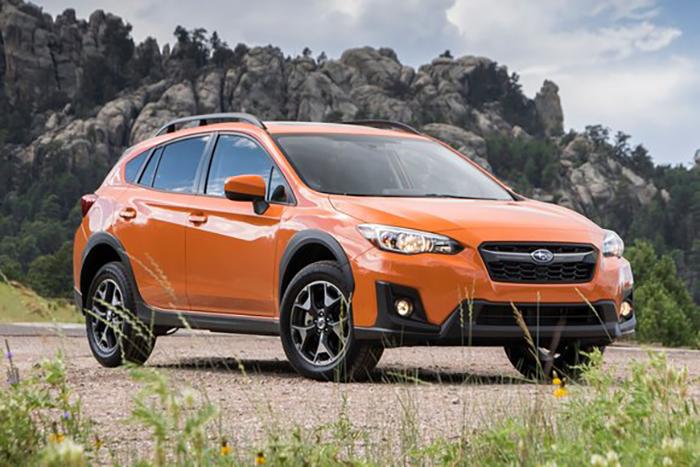 What can affect vehicle reliability?

Different people have different ideas about what makes a car reliable. A car owner who mostly drives around town might think a car is reliable if it only needs simple repairs like oil changes, new air filters, and new tyres. An unreliable car is one that keeps breaking down.

Also, the reliability of your car depends on how well you take care of it and how you drive it. No matter how you define a reliable car, there are a few ways to tell the difference between a reliable car and one that isn’t.

Consumer Reports and other reports on reliability should be looked at.

Websites like J.D. Power and Edmund let you read reviews and find out how cars rank.

You can ask questions and voice concerns about your car brand on online car forums.

You’ve probably read or heard this before, but how true is it? Subaru puts people first when it makes cars. This is a habit that came from how it worked when it made aeroplanes. Subaru’s main goals when making cars are:

Subaru’s most important goal when making cars is safety, which is backed up by many 5-star safety ratings. For example, the Insurance Institute for Highway Safety (IIHS) gave a TOP SAFETY PICK+ award to the 2019 Subaru Crosstrek, Subaru Crosstrek Hybrid, Subaru Impreza, and Subaru WRX.

Almost every Subaru model comes with all-wheel drive as a standard feature. All-wheel drives give you better grip on ice, snow, and other slippery surfaces. It can improve a car’s performance and handling by making the weight more evenly distributed. It can also help a car go off-road. This means it can go on roads with no pavement or on rough terrain.

EyeSight, a technology that helps the driver, is another safety feature. It is available in some models, including the Subaru Crosstrek, Forester, Impreza, Legacy, Outback, WRX, and Ascent. EyeSight helps you keep a safe distance from the car in front of you, warns you when your car starts to drift, and helps you avoid or lessen frontal collisions.

Subaru’s goal with every car they make is to give drivers a good experience that goes beyond high performance and includes smoothness and comfort. Subaru wants you to be comfortable and enjoy the ride, from how the steering wheel feels to how comfortable the seats are.

Subaru makes their cars in a simple way so that they can be used for different things and by different types of drivers.

Subaru is a trusted brand for making sedans and crossover SUVs because of how well they are engineered, designed, and made. People also like Subarus because they are useful, last a long time, and are easy to sell.

Subaru head gaskets and other problems

Subaru engineering has had one big problem.

They often have problems with the head gasket.

Mr. Bernie Pawlik, who has won awards as a mechanic, says that problems with the head gasket are most common in four-cylinder engines, which are the most common kind of engine in cars. Coolant and oil leak out of the gaskets when the car has travelled between 100,000 and 200,000 miles.

Even though head gaskets can fail on other cars as well, it is almost a given that they will fail on a Subaru.

Subaru’s unwillingness to think about other fuels is another thing that could be seen as a drawback. The auto industry is moving quickly toward electric cars, but Subaru only has one electric car right now, the Crosstrek Hybrid.

The small crossover SUV went on sale for the first time in 1997. It is now in its fifth generation. It competes with cars like the Ford Escape, Toyota RAV4, Hyundai Santa Fe, Honda CR-V, Mazda CX-5, and Volkswagen Tiguan on the market right now. The Reliability Index gives the model a score of 50.

Which? did a survey on car reliability in 2018 and some Forester owners said they hadn’t had any problems with their cars in over three years. Most of the complaints were about the air conditioning. Reliability Index and BreakerYard say that other problems you might have with a Forrester are problems with the axles and suspension, as well as an engine that runs rough.

The Subaru Legacy is a midsize sedan that has been around since 1989, but not many people know about it. The model comes with a six-cylinder engine and all-wheel drive as standard. It also has active safety features. The seventh generation of the Subaru Legacy was shown for the first time at the 2019 Chicago Auto Show on February 7. In the fall of 2019, the new model went on sale.

Since 1992, Subaru has been making the Impreza, which is now in its fifth generation. The small car comes with either four doors (a sedan) or five doors (a hatchback). The Honda Civic, Mazda3, Hyundai Elantra, and Toyota Corolla are some of the cars that compete with this one.

The Impreza is Subaru’s most affordable model. It is known for its firm handling, large cabin, and being the base for the high-performance WRX sports sedan and the compact Crosstrek SUV. BreakerYard says that common problems with this model include problems with the suspension, a hard-to-start engine, and a bad oxygen sensor. Still, if you want a safe, low-cost economy car, the Subaru Impreza is a good choice.

The Outback is a station waggon based on the Legacy that came out in 1989. The Hyundai Santa Fe, the Chevrolet Equinox, the Ford Edge, the Buick Regal TourX, and the Volkswagen Golf Alltrack are all models that compete with this one. Since the 2019 model year, EyeSight, a set of active safety features from Subaru, is now standard on all Outbacks. Also, all Outback models, no matter what engine they have, are rated to pull 2,700 pounds.

Which? did a reliability survey for 2018 and gave the Outback 3 stars, which means it is about average in terms of reliability. Owners of Outbacks who took part in this survey said that the battery and glow plugs were the most common problems. The Outback is a good choice if you want a waggon that is roomy, durable, and good in all kinds of weather.

Now, there are a few more things you should do before buying a new or used car, besides looking into how reliable they are and comparing brands. These things are:

Make a budget so that you don’t end up with payment plans you can’t afford.

Doing research on different ways to pay for a car, like auto loans and dealer financing.

You can find the car’s invoice price by comparing prices at different dealerships and using online services. With Kelley Blue Book’s car value tool, for example, you can see a car’s manufacturer’s suggested retail price (MSRP) and dealer invoice.

If you are buying a used car, you should look up its history and see if it has a clean or branded title. CarFax is a good website to use for this kind of work.

Since the beginning of the 2010s, when Subarus were at their most popular, their dependability had gone down. There could be more than one reason for this. First of all, compared to brands like Toyota and Ford, there aren’t as many Subaru models. This means that if the reliability of just one or two models goes down, the whole brand suffers a lot.

People may also think that Subarus are less reliable because they cost a lot to fix. In the UK, for example, where there aren’t many Subarus, repairs are especially expensive. Because of this, there is a lack of auto parts, which makes it more expensive to fix cars.

No matter what you may have read or heard about Subarus, they are not the least reliable brand. Subaru is making better cars with fewer problems all the time. This is based on surveys, reports, and ratings that show that newer models are more reliable than older ones. Even though Subaru cars aren’t the most reliable, they are still one of the most reliable brands on the market.

Like most modern cars, Subarus don’t need many repairs and don’t need much maintenance. The engine, transmission, four-wheel drive, and differentials are among the most important parts and systems that work well. Mr. Pawlik of Pawlik Automotive in Vancouver says that if you take good care of your Subaru, you can drive it for 300,000 miles without spending a lot of money.

Healtech Quickshifter Easy Review
Can You Get Pulled Over For Tinted Windows In ME?
Do Automatic Cars Have A Clutch
Are Bigger Cars Safer?