Tire pressure is critical for both active safety and fuel efficiency of a vehicle. The tires will distort severely if the tire pressure is lower than the manufacturer’s recommended level.

As a result of this deflection, tire temperature rises and cross-sectional adhesion decreases. If the tire is nearing the end of its useful life, it may disintegrate.

When tires are underinflated, the car loses traction and becomes unstable in corners. The braking distance increases significantly when driving on wet roads.

Increased rolling resistance is another effect of significant tire deformation. As a result, running the vehicle with tires under the manufacturer’s recommended air pressure increases fuel consumption dramatically.

History of the pressure sensor in wheels

An issue with a certain brand of tire caused 250 deaths and over 3000 injuries in the 1990s. Ford and Firestone are two of the corporations engaged in this tragedy. There have been multiple cases involving Ford Explorers with Firestone tires that disintegrated while rolling. Tire disintegration was caused by a combination of low air pressure, fast speeds, and hot weather.

Tire pressure rules have been implemented by the National Highway Traffic Safety Administration (NHSTA) in response to these tragedies.

TREAD was the name given to the document containing the rules (Transportation Recall Enhancement, Accountability and Documentation). Vehicle makers must utilize technologies to monitor tire pressure as part of a law passed by Congress in 2000, among other things. A tire pressure monitoring system known as TPMS (Tire Pressure Monitoring System) is required on all vehicles, including automobiles.

Calendar of TPMS regulation in the US and EU

TPMS systems are mandated by law for all automobiles.

In addition to the United States and the European Union, South Korea, Russia, Indonesia, the Philippines, Israel, Malaysia, and Turkey will implement TPMS legislation.

In order to use tire pressure monitoring systems (TPMS), you must comply with the TREAD act’s set of regulations.

Car safety and fuel efficiency can be improved by monitoring and maintaining tire air pressure at the correct levels. Nominal-pressure tires in comparison to underinflated tires:

There are two types of tire air pressure monitoring systems: 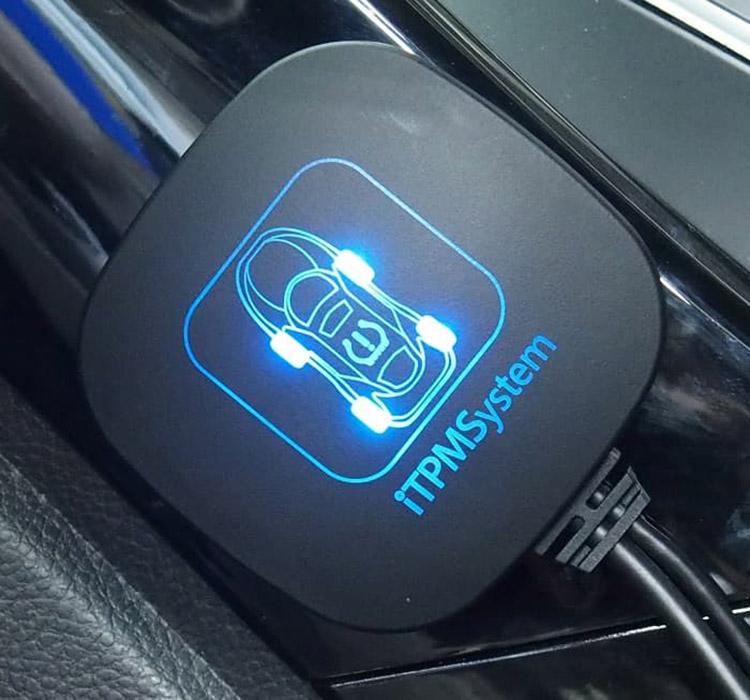 ITPMS systems rely on ABS wheel speed signals. These signals are compared to determine which of the four wheels is below the manufacturer’s air pressure restriction.

The wheel’s radius serves as the basis for this system’s operation. The tire’s rolling radius is determined by the pressure it is set to at the factory. To calculate the tangential speed of a wheel, multiply its running radius by its wheel speed.

The tread radius shrinks as tire pressure drops. At the same time, the wheel’s speed must be increased in order to maintain the same tangential speed. As a result, it can be determined which of the four wheels has the smallest rolling radius, and thus the lowest air pressure.

There is a big advantage to ITPMS systems because they can be installed on cars that already have sensors in place (ABS). The improvements are software-only and do not necessitate additional hardware. iTPMS, on the other hand, does not directly measure tire air pressure.

For this reason, there are several disadvantages to iTPMS:

In the US, iTPMS systems do not comply with the regulations required by the TREAD act.

The Warnair system was developed by Dunlop and Bosch. This is a technology that uses information from the ABS wheel sensors to monitor the air pressure in the tires.

As part of Bosch’s ABS/ESP systems, the Warnair system is a must-have accessory. The DSC (Dynamic Stability Control) system, which this system is a part of, was initially introduced in Europe in the BMW 5 series (E30).

More powerful computational algorithms are used in the second generation Warnair system, known as the DDWS (Dunlop Deflation Warning System), to identify which tire has a pressure that is outside of the manufacturer’s specifications.

In order to use the DDWS system, a vehicle must be traveling at least 15 kilometers per hour. Every time a tire is changed or replaced, it must be recalibrated.

The Deflation Detection System (DDS) uses wheel speed data from the ABS to estimate tire air pressure. An alarm will sound if the vehicle’s ABS sensors detect low tire pressure, and this software-only system will let the driver know about it.

iTPMS systems are usually installed in vehicles with run-flat tires to notify the driver if the tires lose pressure while the vehicle is moving. With no warning, the driver can operate with an under-inflated tire, which has a negative impact on the vehicle’s active safety and fuel efficiency. 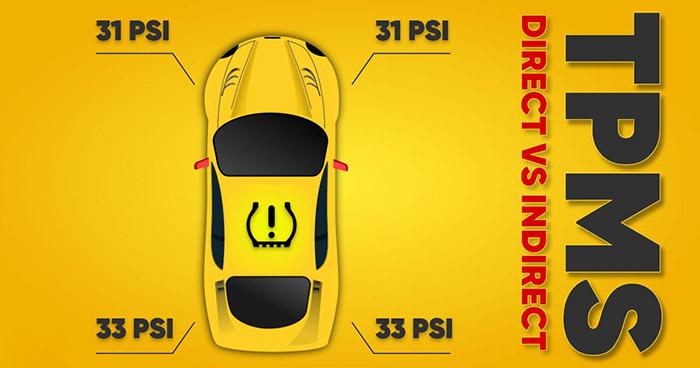 Tire pressure and air temperature are monitored in real time by DTPMS sensors installed in each tire. Using frequencies of 315 MHz or 434 MHz, they wirelessly transfer data to the automobile’s computer systems.

Real-time pressure and temperature readings are transmitted by TPMS sensors, which are powered by internal batteries. The sensors additionally communicate a unique identity for each wheel, as well as the battery’s charge state, in addition to this information.

Each wheel has a receiver attached to it that receives data from the sensors. Additionally, the data is transferred to an electronic TPMS control module via a direct electrical link.

Communication between the receiver and control module can be done via the LIN protocol. For each wheel, a pressure and temperature gauge is displayed on the dashboard, which communicates with the TPMS through the CAN bus.

The spare tire’s air pressure can also be monitored by dTPMS systems as an option.

Ford and Mazda vehicles alone have sensors built into the tire valves; the rest use tape sensors.

Tire air valve sensors are the most often utilized sensors. Regardless of the manufacturer, the sensor’s core components are nearly same. Included in a TPMS sensor kit are all of the following:

A TPMS sensor that is built inside the tire valve stem.

The sensor’s power consumption must be extremely low in order to extend the battery life (around 5 7 years). In order to avoid wheel imbalances, the sensor’s total mass must be kept as low as possible.

A pressure sensor, a signal processing circuit, an RF transmission circuit, and an electric power supply batteries make up the sensor-level electronic system.

The TPMS sensor’s electronic system is shown in this diagram.

The tire’s air temperature is also monitored by the sensor in addition to pressure. The sensor is powered by a long-lasting lithium ion battery in order to send this data. If the battery is running low, a new sensor must be installed in its place.

Under very severe circumstances, the TPMS sensor must perform as expected. 40 °C to +150 °C are the most extreme operating temperatures ( 40 F and 302 F). It can endure 2000 g of shock. Dust and dampness are also issues that must be addressed.

The hybrid dTPMS system from TRW

TRW’s system is a hybrid dTPMS system that’s been streamlined to make it easier to use. Additionally, it uses the ABS speed signals to establish where the low-pressure wheel is located, in conjunction with information from the wheel sensors.

For all four pressure and temperature sensors, this dTPMS/iTPMS combo requires only one wireless receiver. So the system’s running costs can be kept the same while its total cost is reduced.

The Beru TPMS system was utilized by the Aston Martin Racing team during the 24 hour Le Mans race. Aston Martin’s V12 Vantage and Rapide models were fitted with the system.

Components of the TPMS system for racing cars

Each wheel has one sensor and one antenna in the system. Each tire has an antenna attached to an electronic control module that transmits information about its pressure and temperature from the ground.

Where is the tire pressure sensor located?

When discussing these sensors, it is important to keep in mind that they are typically found in the tires of automobiles. When you look at the wheel air valve, you’ll normally be able to see these.

A nut that is put around the valve will tell you whether or not the car has a sensor. In other cases, the sensors are present, but the nuts are gone from the vehicles.

However, removing the tires from the rim is the quickest way to determine whether or not the vehicle is equipped with air pressure sensors on the tires.

Auto stores have universal tire pressure sensors that may be installed on any tire.

Can tire pressure sensors be wrong?

This message may also display in the instrument panel if the TPMS control unit is defective or if the TPMS has to be reset. Defective wires may even be to blame for the display of the error message.

OBD2 scanners can read all of the error codes in the machine control unit, making it possible to find all of these issues.

What Happens When You Apply Marine Wax On Your Car?
How Far Can You Drive An Overheating Car
Can You Drive With A Bad Wheel Speed Sensor
Do All Diesel Engines Have Glow Plugs