People often think that on a hot day, your car tyres could catch fire as you drive down the road. You might be wondering if this means anything and if you need to worry about your car tyres. Let’s look at some of the facts and myths that support this idea.

Car tyres can catch fire, but it takes a lot of heat because vulcanised rubber has a point of ignition of about 774 degrees Fahrenheit. Fireproof coatings are also put on tyres to make it even less likely that they will catch fire.

Even though car tyres can catch fire, it doesn’t happen often when people are driving normally. Read on to find out how and when a tyre fire can happen. 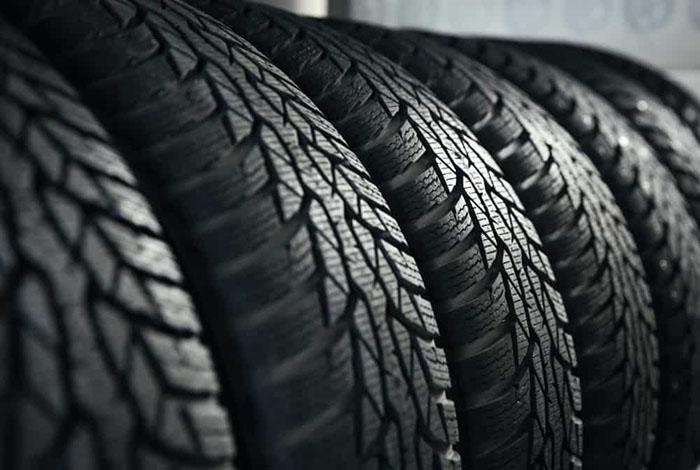 First, let’s talk about whether or not car tyres can catch fire.

Yes, they can catch on fire, and some of the worst fires in history have been caused by tyres. Most of the time, these kinds of fires happen in landfills or places with a lot of tyres.

Some tyres are burned to get rid of them, and the smoke is used to make electricity. You can use them instead of coal or wood. Most of the time, they are chopped into small pieces or ground up before they are burned.

Several things need to be taken into account to figure out how hot tyres need to be to catch fire. The ignition point is where the tyre will catch fire on its own, without the help of an accelerant or another fuel source.

In its natural state, rubber has a temperature of 628 degrees Fahrenheit at which it can be lit.

In a process called “vulcanization,” rubber is mixed with sulphur, carbon, and other compounds to make tyres. When these other compounds are present, they can change the tire’s ignition point.

When it has been vulcanised, rubber and nitrile butadiene have an ignition point of about 774 degrees, but this can change if there are other chemicals in it.

Also, tyres are often treated with a chemical that makes them less likely to catch fire in normal situations.

Can Tires Catch on Fire While Driving?

Three things are needed for a fire to start and stay lit. It needs fuel, enough heat to get it above the point where it will start to burn, and oxygen. If you take away any one of these things, the fire won’t be able to start or stay going.

Tire fires are started by the tyre itself, which is the fuel. Most normal tyres have to reach 750 to 1000 degrees Fahrenheit (450 to 500 degrees Celsius) before they could catch fire. Before the tyre will catch fire, this temperature has to be kept up for at least a few minutes.

Most of the time, when a tyre catches fire, it’s not the rubber that burns first. As the rubber gets close to the point where it can catch fire, it lets off a cloud of flammable gases, which are usually the first thing to catch. As soon as these fumes start to burn, the tyre can follow.

If all three of these things are true, then the answer to the question “Could a Tire on Your Car Catch Fire?” is “Yes.” The next question is what could make the tyre get so hot that it reaches the point where it could catch fire.

Race car tyres often have to work at temperatures as high as 350 degrees Fahrenheit, but they are made to be able to handle this. It’s important to note that even though this would feel very hot to the touch, it’s still not hot enough to cause a fire.

As long as everything is in good shape and the tyres have the right amount of air in them, the average street car tyre doesn’t have to deal with much friction.

Can a Blown Tire Start a Fire? 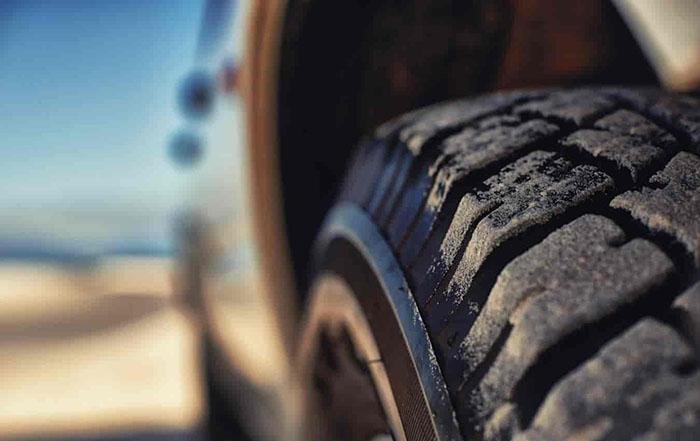 Semi-truck trailer fires do happen sometimes. Tire fires also happen more often on planes and in factories. In these situations, there are big tyres and sources of heat that are hotter.

Friction can make the tyre get hot enough to catch fire as it moves down the road. When your tyres are not properly inflated, they cause more friction than when they are at the right pounds per square inch (PSI).

Several movies show how a tractor-tire trailer’s can catch fire.

When the tyre doesn’t have enough air in it, heat builds up. When a tyre gets to 300 degrees Fahrenheit, it starts to fall apart. Between 500 and 550 degrees, vapours that can catch fire are given off.

If a spark is close by when the tyre gets to between 650 and 700 degrees Fahrenheit, it can catch fire. Several research videos show that the sparks made by the wheel dragging on the ground were enough to start a fire.

If the conditions are right, the same thing can happen to a regular car, but it usually takes a combination of two or three things to make this happen.

Most Common Causes of Tire Fires

A tractor-trailer can also have an axle bearing freeze, which can cause the axle to heat up to between 800 and 900 degrees Fahrenheit.

At this point, the tyre can catch fire on its own without a spark from outside. Modern trailers have sensors on the tyres that will let the driver know if one of the tyres is getting too hot.

Fires in passenger cars on the road don’t happen very often. It’s usually not caused by a hot summer day, but by a problem with maintenance that lets too much friction build up.

You can do a few things to make sure your tyres are in good shape and lower the chance of a tyre fire.

It has already been said that you should check your tyres often to make sure they have the right amount of air in them.

Even if the tyre doesn’t get so hot that it catches fire, it can still get hot enough to soften and weaken the rubber. This can make a blowout or accident more likely.

You should also make sure there are no fluid leaks near your tyres.

At low temperatures, brake and joint fluids can be very flammable. If they catch fire, the tyres might as well.

3. Keep Your Brakes in Good Repair

If you have worn brake shoes, a stuck calliper, or any other problem with your brakes or axles, it could get hot enough to start a fire in your tyre.

This is enough to make your tyres give off gas and start to burn.

What To Do If Your Car Tire Catches Fire?

If you see a cloud of black smoke coming from around your tyres, you should pull over and turn off the car. Even if you have a fire extinguisher, you shouldn’t try to put out this fire on your own.

There are many dangerous chemicals in the black smoke, like cyanide, carbon monoxide, and sulphur dioxide, which can kill in small doses.

The best thing to do is to get as far away from the car as possible, preferably not downwind, and call 911.

Tire fires are hard to put out once they start, and they often start again several times before they are completely out. You shouldn’t mess around with them.

The best way to stop your car tyres from catching fire is to keep them in good shape. Even though it doesn’t happen very often, it does happen sometimes. Your tyres are one part of your car that you shouldn’t forget to take care of.