Most people might think it’s a good idea to drive a bigger vehicle in the snow, but is it really better than a car? We looked more closely to see if trucks are better in the snow than cars.

In general, trucks do better than cars in snow because they are heavier, have higher ground clearance, and have bigger tyres. They are also more likely to have four-wheel drive, which gives them more grip on surfaces that are wet or slick.

But personal preference and comfort are also important things that can’t be ignored when it comes to bad roads.

Trucks Vs Cars in Snow 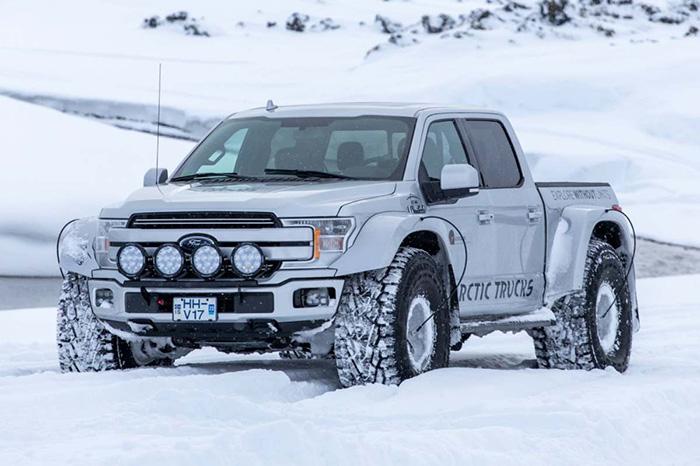 What a driver feels most comfortable driving in snowy weather depends a lot on their own preferences, but there are some big differences that help people decide what to drive.

You can decide what you think is the most important factor, whether you want more power and more clearance in deep snow or you want to be able to handle a smaller vehicle to have more control.

But what are the biggest differences between these two cars?

The case for trucks

It’s a good idea to drive a truck in the snow because the truck’s height gives you more room to get over the snow.

This will let you drive over areas with more snow on the ground without getting stuck or having the snow touch the undercarriage of the vehicle.

When it snows, a car that is lower to the ground is more likely to drag snow behind it as it moves. This can slow down your car a little and make the engine work harder, but it doesn’t matter if you’re driving a truck.

Most of the time, a truck will also have bigger tyres, which will make it easy to drive through snow. When it snows, it’s important to have snow tyres, but the bigger the tyres, the more they can do.

So, if you put big snow tyres on your truck, you’ll be able to move more snow off the ground and away from your truck than you could with smaller snow tyres. Since a car has smaller tyres, the amount of snow they can push out of the way is also smaller.

This will make it harder for your car to get through the snow than it would be for a truck.

The case for cars

Even though there are some advantages to driving a truck in the snow, that doesn’t mean you can’t drive a car. In fact, they have many benefits because they are lighter and can handle tighter turns and smaller roads.

Cars are getting smaller and lighter, which makes them easier to turn.

This makes it much easier for them to get around tight corners and small spaces. This can be helpful in the snow, when areas might be blocked off because of too much snow or when you need to drive around cars that are stuck in the road.

Trucks will be much harder to drive in these conditions, and they won’t be able to get by other cars as easily. This might make people who don’t drive trucks often feel like they aren’t in control. This could change how you drive and make it more dangerous for you and other people to be on the road.

In an accident or collision, bigger trucks can do more damage and are more dangerous overall. So, driving one in snow could make it even more dangerous.

Some people like driving certain cars and don’t like driving others for different reasons. It all comes down to how the car feels when it’s being driven.

Some drivers like to feel how hard the engine is working because it makes them feel safer than if they were in a smaller car. But some people might think that they are too high to be comfortable in a truck or that they are hard to move around.

This could make the driver nervous, which could make it more likely that they will get into an accident or make a mistake on the road that will get them stuck. If you feel good in the car you drive, you will be safer.

So, if you can choose between a truck and a car, you should go with the one you feel most comfortable driving.

You are not the only one who is curious about what each vehicle has to help it handle snow. Everyone wants to know which car is better to drive in bad weather, since many trucks can go off-road, which seems to give them a big advantage over smaller cars.

But this is not the benefit you might think it is!

On a snowy road, cars are a big help because they can turn around corners and move through small spaces better. They also have more control over sudden movements and turns, which can be dangerous in a truck.

The fact that a truck is higher than a car has its advantages, but it also makes it more dangerous to turn quickly. If they take a tight turn at a high rate of speed, the car could flip over.

This is a dangerous situation that is more likely to happen when there is ice and snow on the road. This makes the road more slippery than usual, which makes it more likely that something like this will happen. A car won’t have as much trouble with this because it is lower to the ground and can turn much more easily.

So, even though a truck may seem like a better choice because it can go off-road, that doesn’t mean a car isn’t a good choice or that a truck doesn’t have some problems.

How to Choose the Best Vehicle for You 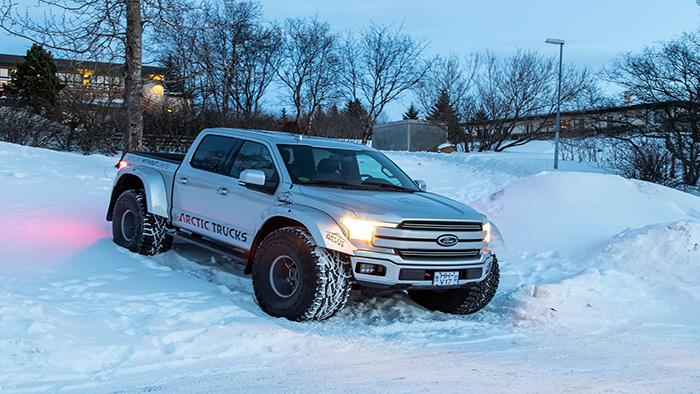 If you drive a lot, getting behind the wheel might not seem like a big deal, but when it’s snowing and the roads are slippery and more dangerous, you should think more carefully about using a car.

If you can avoid it, you shouldn’t get behind the wheel of a car that makes you feel uncomfortable. So, you need to figure out which of the choices you have is the best one.

You wouldn’t want to try to drive a big truck for the first time if you’ve never done it before. You want to be used to the choice you make.

If you usually drive a car and not a truck, you will want to keep using the car.

You will want to make sure, though, that the car has everything they need to stay safe on the road. So, the first thing you’ll need for the winter is snow tyres.

No matter what kind of car you drive, you should always make sure it has snow tyres. This will give it better grip on the road and make it less likely that it will get into an accident because its tyres aren’t right for the weather.

Next, you’ll need to make sure you get gas more often so you don’t run out while you’re driving. During the winter, you use more gas, and a small amount of gas that would usually get you far won’t get you as far.

Conclusion on trucks vs cars in the snow

When there is a lot of snow on the ground, it can be scary to get behind the wheel of a car or truck. But that doesn’t mean you won’t be safe.

In the snow, a truck isn’t always better than a car, and a car doesn’t have all the benefits of driving a truck. However, both can be used.

Just decide which one you feel more comfortable in, and get your vehicle prepared for the cold weather, and you will be able to drive with confidence in any weather conditions.