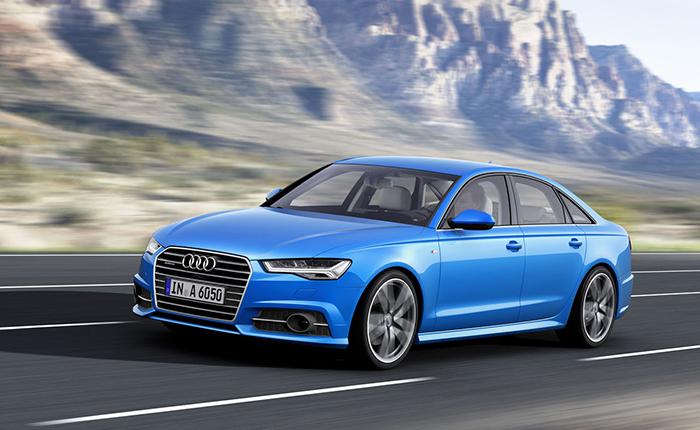 Choosing a car based on how reliable it is is very important. There have been reports in the past that Audi cars don’t last very long. But things have changed in the last few years.

But there are many things you need to check to make sure your Audi is reliable.

An overview of Audi cars

Audi is a high-end brand from Germany. It works well, looks good, and has great technology. Also, the inside is very nice and it has a great Quattro 4 by 4 drive system. Almost all of its models drive well and have nice interiors.

In the past few years, there have been a number of new Audi models. They have also been making more electric cars. Because of these improvements, Audi owners are happier than they used to be.

It’s important to have a more reliable car that fits your needs. It means that you will have fewer problems with the car that need to be fixed. Also, if your car is reliable, your safety score goes up, which makes it easier for you to drive.

Audi is one of the world’s most reliable brands. It gets 68 out of a possible 100 points, which puts it in fourth place. Also, it has kept a high standard for a long time, which makes it a brand you can trust.

It is more reliable because it uses high-quality technology. So, this brand gives you both security and comfort.

Cars that are well taken care of can stay on the road for a long time. Also, they have less important problems. When you get your Audi serviced regularly, it doesn’t cost much.

But the most important thing you need to do is keep a regular service schedule. Most people, though, find it hard to do this task.

This regular service schedule is something you should never ignore. It is important, especially for parts that wear out more quickly. 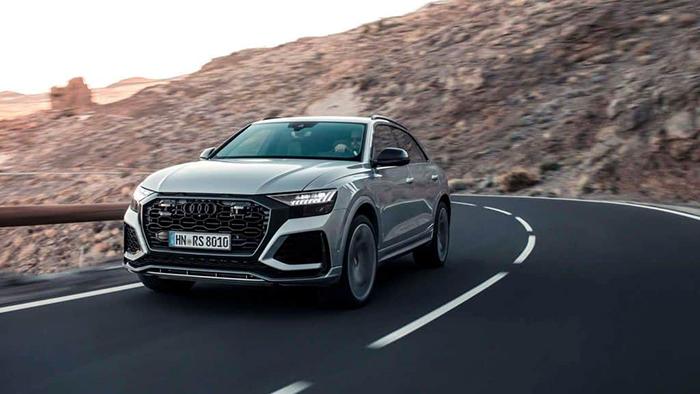 No one wants their car to break down or have to be fixed for a lot of money. So, the oil needs to be changed every 5,000 to 10,000 miles. It’s important for your car’s engine.

Oil helps keep the parts moving smoothly. Because of this, it makes the engine parts last longer. Regular oil changes can be done at home, in a garage, or at a dealership. In the end, you will make your Audi easier to use and more reliable.

One part of a car that wears out often is the brakes. So, you should keep looking at them more often. Also, it’s important to replace them when needed.

At least once or twice a year, you should check the brakes. But how long it takes depends on how often you drive. As a result, frequent checks enhance your safety. It also makes your Audi safer to drive. When the brakes work, you’re not likely to cause an accident.

Tires on cars also wear out over time. Because of this, they make driving more dangerous. So, if you want your Audi to be more reliable, you should replace them when they wear out. Also, this action makes it less likely that something bad will happen.

Checking the batteries often is the only way to keep them from dying. If your car won’t start because the battery is dead, it can be a pain. So, to avoid this, you need to keep checking the charge of your battery.

A new battery will last between two and three years. But you can recharge it to make it last longer. But you will have to replace it at some point.

The design and construction of Audi cars are very good. But the costs of keeping them running are high because they need a lot of maintenance. But its spare parts are expensive, but they last a long time. So, you don’t have to replace them very often.

So, if you take good care of your Audi, it will last a long time. Also, you should change out Audi parts quickly when they start to break.

Audi is a great car when compared to its rivals. Because of this, it has always been one of the best car companies when it comes to making cars that last a long time.

Average maintenance costs for an Audi over ten years are about $12,400. Compared to brands like Honda, Ford, and Toyota, this price is high. But Audi spare parts are high-quality, so the trade-off is fair.

Because every car is different, some may need more maintenance than others. But the support depends on how the car has been driven and how old it is.

But if you want your car to keep running well, you need to check on it often. Your Audi will last longer if you take care of it well from the start. You also have fewer problems with the vehicle. Because of this, it is more reliable and costs less to keep up. 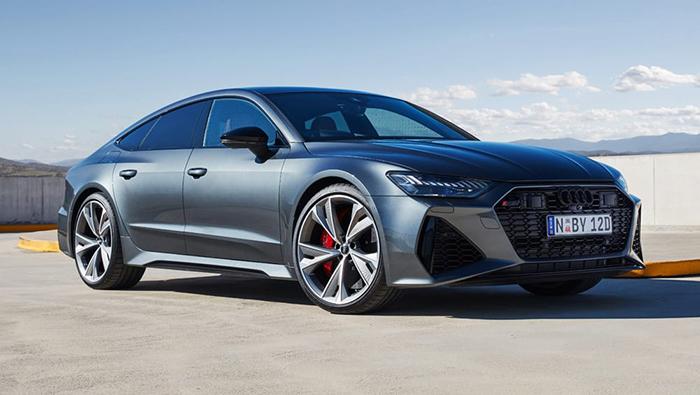 Audi has common maintenance problems, just like most other high-end cars. Even though some of them are only made by Audi, you should still get one. Here are some common problems with Audis and how to fix them.

But this problem can be fixed by replacing the original equipment. Also, Audi has a warranty, so the costs to fix or replace things are not too high. Without the cost of labour, the electrical parts could cost between $3 and $1200.

Audis often have mechanical problems like this one. Also, it is one of the main reasons why the engine of an Audi misfires. But you can fix it by putting in OE spark plugs of good quality. Also, you need to turn the engine off to the way it was set up at the factory.

Audi catalytic converters can stop working if they get clogged or build up too much carbon. When the carbon buildup or clogging hardens, it stops the flow of exhaust. But replacing the catalytic converter is not a long-term fix for this problem.

Instead, you should figure out what’s really wrong. Also, you should take care of your engine and keep it in good shape. This will stop the problem and make your Audi more reliable.

EGR is a system that brings down the temperature in the combustion chamber of your car. Water, tear, and carbon build-up are the primary problems that plague your Audi EGR.

So, you have to fix the parts that are broken and clean up the system. If the EGR valve is broken, you might need to get a new one.

Most Audi drivers have problems with oil leaks. But these leaks come from two places: the tension on the camshaft and the valve cover gasket.

To fix it, you need to replace one or both of the parts. So, the first step is to find out which part is leaking. You could replace the wrong part, which would make the problem worse.

Another big problem with Audi cars is that the oxygen sensor can break. So, if the sensor is broken, you should replace it for high reliability.

But it’s not hard to change out this sensor. Most people do it themselves instead of going to the garage. Because of this, it becomes cheaper and keeps your car in great shape.

Most Audi owners complain that their gas caps aren’t tight enough. But they don’t take this problem seriously because it’s not a big deal.

To keep this from happening, you should always tighten the fuel cap after putting gas in your car. If it’s broken, you should get a new one. Your car’s mileage can go up because of something so small.

Most of these problems can be fixed by doing regular maintenance. When it is well taken care of, Audi is one of the most reliable cars. It also lasts longer than other things.

Consumer reports from people who own Audis put it near the top of the charts for how long they last. For example, in 2017, Audi was the fourth best car company out of more than 30.

That was because of what people who had tested Audi cars said about them. But these reports were compared to reports from other brands. Also, Audi was once again the fourth best car company in 2018 out of dozens.

It’s important that Audi is always ranked as one of the top five most durable car brands. It shows how loyal Audi customers are to the brand. So, you can use this loyalty to figure out how reliable the car company is.

Audi is one of these brands because its cars are so well-made. Customers are loyal to the brand as a whole, not just to one specific model. 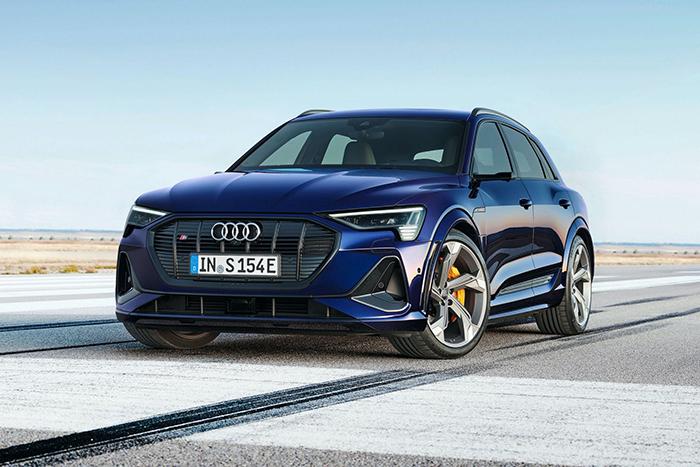 Audi is one of the most reliable car brands, as shown by a lot of facts. Audi is a reputable brand, as shown by the fact that the cars are rated by experts.

Magazine rankings of cars based on how reliable they are have also shown the same thing. Also, the fact that people stick with the brand shows the same thing.

So, Audi is a brand you can rely on and have faith in. But regular maintenance is important if you want the machine to last and have fewer mechanical problems. It also saves money on repairs and maintenance.