The Audi R8 V10 Plus is one of the few supercars with a naturally aspirated engine left on the market. Now, everyone knows that driving in a convertible is a whole different experience. Audi has done the same thing with the R8 Spyder V10 Plus.

Aside from having more power, the R8 V10 Plus is also 25 kg lighter thanks to materials that save weight, such as carbon-fiber reinforced plastic. The Audi R8 V10 Plus is about 167 kg heavier than the Lamborghini Huracan Spyder. It weighs 1587 kg. The company says that the V10 Plus Spyder can go from 0 to 100 km/h in 3.3 seconds and can reach a top speed of 331 km/h. The brakes are also better than the standard R8’s because they are made of carbon-ceramic instead of steel. 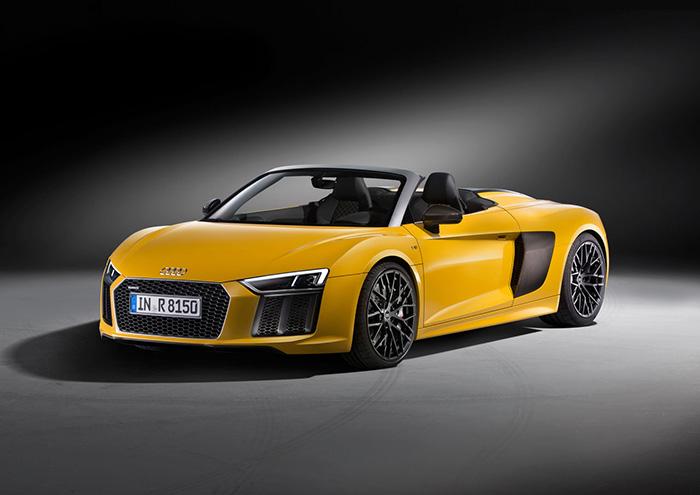 Several pieces made of carbon fibre are on the outside. On the Standard car, on the other hand, they were gloss black. Its exhausts, which are in the shape of a trapezoid, are split into four smaller pipes instead of two larger ones.

After Lamborghini released the Huracan Performante, a lot of people wanted to know if Audi was making a R8 that was better for the track. But the company put an end to this talk by saying that the R8 Spyder V10 Plus is the last R8 model. The next generation of the Audi R8 is being made as we speak. Several sources say that the R8’s V10 engine will be swapped out for the Porsche’s 2.9-liter V6 engine. In the UK, the starting price for an Audi R8 Spyder V10 Plus is £147,470 (Rs 1.22 crore). There’s a good chance that India will get the R8 Spyder V10 Plus by the end of this year.

Side Mirror Fell Off: What to Do?
Can Worn Tires Cause Steering Wheel Vibration?
Can You Start A Car With A Battery Charger Connected
Lamborghini Aventador SVR - Micdot