Audi RS7 performance will be priced around Rs 1.8 crore ex-showroom

The Audi RS7 Sportback is a crazy high-performance sedan with 560PS of power and 700Nm of torque that will break your neck. But India does have a small number of people who are addicted to oil and want more power. So, Audi is going to release the RS7 Sportback performance edition in October.

The 2016 Auto Expo was the first time the RS7 Sportback Performance edition was shown. It has the same 4.0-liter V8 TFSI engine, but it is tuned differently. With the overboost feature, the engine now has a max power of 605PS and a max torque of 750Nm. How well was this power put down? Well, it can go from 0 to 100 km/h in just 3.7 seconds, which is 0.2 seconds faster than a regular RS7, but its top speed is still 250 km/h. 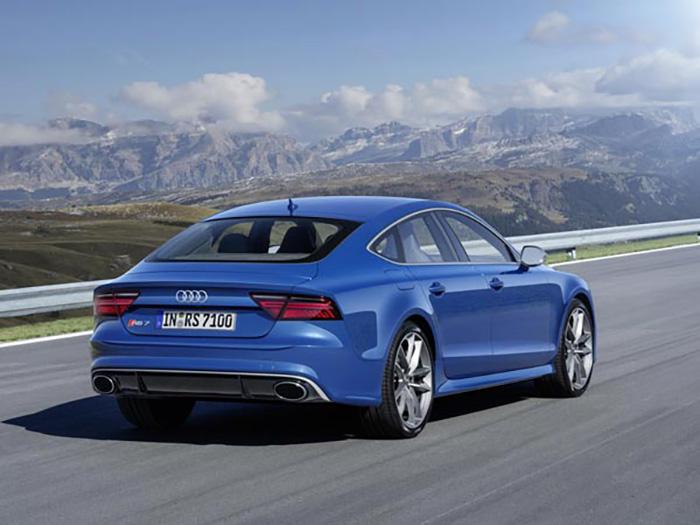 The Performace version of the RS7 looks the same from the outside as the standard model. The car is based on the A7, which is a very nice car already. With its big honeycomb grill, Matrix headlights, and 21-inch alloy wheels, the RS7 looks like it could be dangerous.

Inside, the standard RS7 is still the same, except for the updated MMI unit and the drive select switch on the steering wheel. The inside looks and feels like a typical high-end car, and the quilted leather seats are comfortable enough for long trips on the highway. The standard air suspension should also add to the level of comfort.

When it comes out next month, we think the RS7 Sportback performance will cost around Rs 1.8 crores (about $295,000) before taxes. It will be in the same class as cars like the Maserati GranTurismo and the BMW M6.