Auto Dimming Mirror How Does It Work Updated 01/2023

When looking at new cars, there are a lot of things to think about.

With all the new features, like auto-dimming, that manufacturers are adding to mirrors these days, it can be hard to choose which ones you want.

What does a mirror that dims itself even do?

Auto-dimming mirrors help stop glare by making the light reflected from the mirror less bright. By making it less bright, drivers will be able to see the road better. So, having mirrors that automatically dim can make your car safer.

Read on to find out more about how these mirrors work and what else they can do for you.

What Is an Auto-Dimming Mirror? 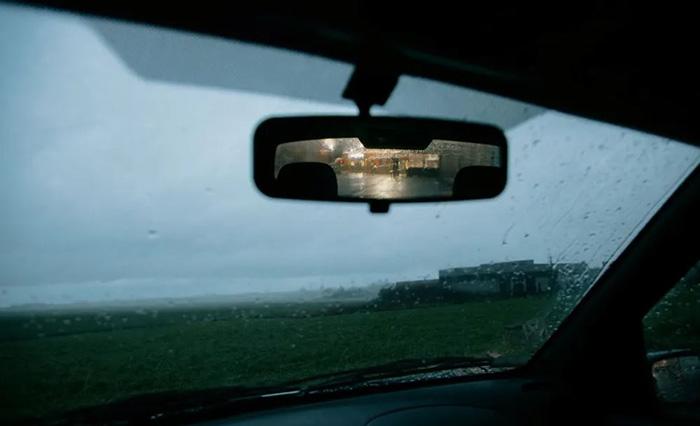 A light that automatically dims works just like it sounds like it would. It can tell when bright lights are shining on the surface of the mirror. Then, they can make changes that make the reflection less bright.

Electrochromic materials are used to make most auto-dimming mirrors. These change chemically when the electric potential changes.

In other words, if they are in a current, they will look different.

When you can see lights coming, you can plan for changes. The best mirrors cut down on reflections before you even notice, which makes driving safer.

If you have a mirror that adjusts itself, you don’t have to do anything by hand. If there is a lot of light on the road, it will automatically fix itself.

By changing how clear the mirror is, you can control how much light it reflects.

That’s how they keep glare from making it hard to see when you have to drive.

Using special materials that react to electricity is a common way to make them. Electrochromic materials are the name for these kinds of things.

By reacting to electric currents, they can change the way they work.

So, if you want them to reflect less light, you can send a current through them.

When you turn down the current, they automatically reflect more light. The more light they can reflect, the clearer you’ll be able to see.

The most advanced models have sensors that pick up on the light around you while you’re driving.

That’s how they can change the mirror so quickly that you don’t even notice.

What Is an Auto-Dimming Mirror?

Most mirrors have to be adjusted by hand, so you have to do it yourself.

Even if your mirrors automatically dim, you can still move them by hand. But if someone is using their high beams behind you, you don’t have to do anything.

Behind the mirror’s surface is a set of photosensors that measure how much light is coming in.

They will send a signal to a pair of electrodes inside the mirror when the light gets too bright.

When you send a signal to the electrodes, a current jumps across the surface of the mirror.

Because it is made of electrochromic material, it can change the way it looks. After being touched by electricity, the material starts to reflect less light.

Because there are bright lights outside, the electrodes send a current through its surface.

These turn on the photosensors in the mirror, telling it when to darken.

When an electrical current passes through an electrochromic material, it changes how it looks. So, engineers were able to make technology that automatically dims lights.

With the help of an electrochromic material, they can make a mirror that gets darker when it’s bright outside.

Electrochromic mirrors are by far the most common type of auto-dimming technology. But there are a few other things you can do as well.

How the mirrors respond to the light in your car will depend on how they were made.

Some developers have started using sensors that look forward to see how much light is around. By figuring out what’s going to happen next, the mirror’s position can be changed.

So, some auto-dimming mirrors change their angle based on how bright it is outside.

If you tilt your head at a different angle, less light will get into your eyes.

Once a photon hits the mirror, it goes in the direction of the angle.

Are There Auto Dimming Side Mirrors? 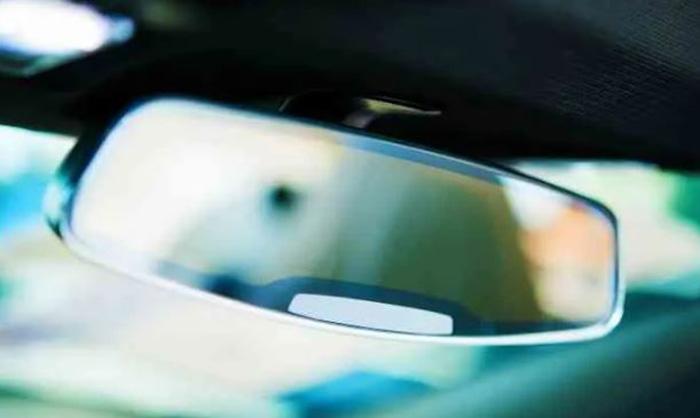 We’ve mostly talked about how auto-dimming technology works in the rearview mirror so far. This technology isn’t in as many side view mirrors as it used to be, but it’s still out there.

People usually don’t have as much trouble seeing the road because of their side-view mirrors. So it’s taken a little longer for them to catch on.

They can stop cars from suddenly turning on their high beams and distracting you.

Bright flashes might only make it hard to see for a few seconds, but they could kill you.

If you have a mirror that automatically darkens, they won’t be able to blind you when you’re in the car.

Auto-dimming side mirrors work almost the same way as ones that let you see out the back. A pair of photosensors measure how much light hits the surface of the mirror. Then, it can change the amount of light reflected by changing the amount of electricity going through it.

If there is a lot of light, it won’t reflect as much of it so you don’t get blinded. Some of them also have sensors that look ahead to see how things will be on the road.

Using that information lets you make changes ahead of time while you’re driving.

Both sides of the car use the same technology to make the mirrors work.

Sometimes, the people who make them connect them so that they can share data.

When both sides are in sync, it’s easy to see how the light is.

By making a picture of the outside world, it can figure out how much current to send out.

When the light is brighter, the electrodes respond with a stronger response, which makes the current stronger.

The mirror gets darker as more electricity flows through it. So, it will reach your eyes less.

When there isn’t enough light around, they get a signal that tells them to make less electricity.

By lowering the current, the electrochromic materials can reflect more light.

One of the best things about auto-dimming technology is that it helps you without you having to do much. Because of how they are made, you don’t need to touch anything to use them.

How Are Auto-Dimming Mirrors Safer?

On the one hand, the critics have a point when they say you can just adjust mirrors by hand.

You can adjust a regular mere by hand to prevent glares from blinding you while you’re driving.

The biggest problem with that is you’ll be distracted each time you’ve got to adjust them.

Even the few moments distracted on the road could lead to an accident.

Auto-dimming mirrors eliminate those distractions by automating everything.

You don’t have to change how you’re driving if someone pulls up with their high beams on.

Even shining them directly at your face won’t be enough to make you blink.

Your mirrors will automatically change how much gets reflected, protecting your vision.

Motor Starter Types And When To Use Them
Causes Of Hard Starting When Engine Is Hot
Can You See Through 35% Window Tint
How Many Miles Does A BMW Last?