How much do you think your car weighs? The fact that most people don’t is not a good thing.

What if I told you that knowing this number, which seems unimportant, makes you safer in the car? Now that I have your attention, let’s talk about how much different types of vehicles weigh on average and why you should know how much your vehicle weighs.

The Average Weight Of A Car 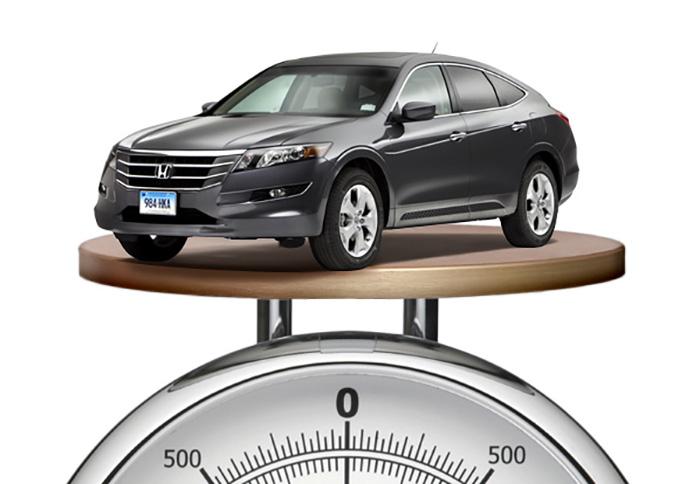 There are a lot of different kinds of cars that range in size and weight, from small hatchbacks to half-ton pickup trucks. And in 2018, the Environmental Protection Agency (EPA) found that the average weight of a car is just over 4,000 pounds.

Since 2015, this number has stayed pretty much the same. And the calculation does take into account all models and types of cars.

For more specific information about the different kinds of cars, the EPA divided it up like this:

Just over 2,900 pounds is the average weight of a small car.

Almost 3,600 pounds is the average weight of a small SUV.

About 5,600 pounds is the average weight of a large SUV.

We’ll talk more about the average weight of the most common types of cars in the US below.

What Are The Lightest Car Models In The USA?

If you want to find the lightest car models in the United States, you have quite a few options.

In 2018, the EPA found the following cars to be the lightest:

Ever thought about how much a Smart Car weighs? So, the Smart Fortwo can carry between 2,050 and 2,094 pounds. But at the end of 2019, Smart stopped selling cars in the United States.

What Are The Heaviest Car Models In The USA? 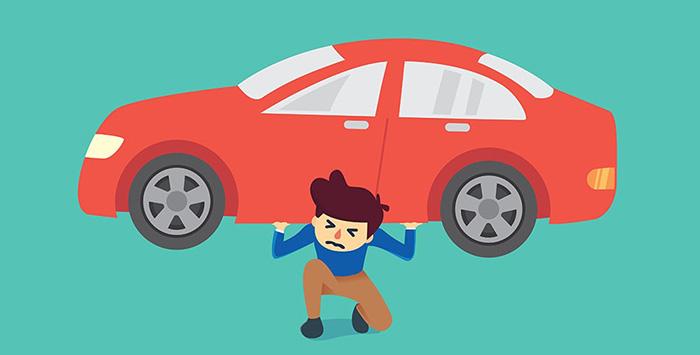 Since SUVs are so popular in the US, it shouldn’t be a surprise that some of the heaviest cars on the road are SUVs.

In 2018, the EPA found that some of the heaviest cars on US roads are the following:

With a weight of just over 5,000 pounds, the Mercedes-Maybach S560 4Matic sedan

At 5,643 pounds, the Rolls-Royce Phantom is a high-end sedan.

One thing to remember about these heavy SUVs is that upgrades like bigger engines, four-wheel drive, and luxury trims can add as much as 500 or 600 pounds to the overall weight of some vehicles.

Why You Need To Know Your Car’s Weight

The most important reason to know how much your car weighs is that it can affect your safety while you’re driving. But let’s look at why you need to know the weight of the vehicle in more depth.

Is the car too big to drive?

Some bridges and overpasses have rules about how much weight can be put on them. This means that you shouldn’t drive over it if the vehicle weighs more than that limit.

Is the car safe to drive in a crash?

No one plans to get into a car accident, but they do happen, and you should be ready for them. Cars that are smaller and lighter do worse in accidents than cars that are bigger and heavier.

The National Bureau of Economic Research says that your chance of dying in an auto accident goes up by 47 percent for every 1,000 pounds that your car weighs less than the other car in a crash.

Do you want better gas mileage and less pollution?

The less fuel a vehicle uses and the more pollution it puts into the air, the bigger and heavier it is.

If you want to be good to the environment when you drive, you should choose a car that isn’t too heavy.

Have you got too much stuff in the car?

Have you ever seen a car that seems to drag or bottom out when it’s full of stuff or people? This is because the driver is carrying more weight than the vehicle can hold.

So that you don’t overload the car, you need to know how much it weighs and how much it can hold. When you carry more than the vehicle can handle, you damage it and make it unsafe to drive.

Are you using tools that can hold up the vehicle’s weight?

If you work on cars at home and use a floor jack or other tools, you need to make sure that your auto body tools can hold the real weight of the car.

You may already have noticed that there are many different kinds of car weights. This quick car weight glossary will help you figure out what all these different words mean.

Gross Vehicle Weight is how much a car weighs with all of its cargo and people inside.

Curb Weight is how much a car weighs without the driver, passengers, or cargo.

Payload: This is the weight of the car, equipment, passengers, and anything else that can be towed.

Gross Vehicle Weight Rating: This is the most weight, including drivers, passengers, and cargo, that your car can carry.

Gross Combined Weight: If you’re pulling a trailer, this is how much your car and the trailer weigh together.

Maximum Load Trailer Weight: This measurement is like the gross combined rate. But this includes the weight of a trailer that is full.

Gross Axle Weight: This is the total weight that each axle is currently carrying.

Gross Axle Weight Rating: This is the most weight that can be put on the axle.

When we talk about the weight of a car in this article, we’re talking about the curb weight unless we say otherwise.

How To Determine The Weight Of Your Car

If you want to know how much your car weighs, it’s not hard to find out. There are a few ways to go about this, so let’s talk about each one.

The easiest way to find out how much your car weighs is to just look at it. If you open the driver’s side door and look at the vehicle data sticker on the frame, you can find this information.

On that sticker, you should be able to find out how much the car weighs.

If you have the owner’s manual that came with the car, you can use it to figure out how much it weighs.

Just check the manual to find out how much it weighs. It will be written down in the “Specs” section so that it is easy to find.

The One Who Made It

If none of the above work, contacting the company that made your car is a good way to get the right answer.

They will need to know the year, make, and model of your car so they can look it up and tell you how much it weighs.

If all else fails, you can use a car scale to find out how much your car weighs. You can’t just drive to the end of the street and find one of these, of course.

Also, remember that a car scale will tell you how much the car weighs, including everything inside it at the time it is weighed (including fuel).

And if you want to know how much my car weighs in tonnes or kilogrammes, here’s how. Well, it’s pretty easy to change the weight.

Now, you can change the weight of your vehicle into any of the above units.

Nissan Key Fob Not Working After Battery Change
Gooseneck Hitch Installation
Virginia Window Tint Laws That You Should Know
How Much Horsepower Do A Turbos Add?