Misfires in the engine can be a big problem, and as a driver, it can be hard to deal with them.

Your engine won’t get the power it needs, your car won’t go as fast as it should, and your engine could lose power.

But is a bad battery the only thing that can cause a car not to start?

But a bad battery isn’t the only thing that could be wrong with your car if it’s misfiring.

There are many things that can go wrong with a battery and make it misfire.

This article will tell you what can go wrong with an engine and whether or not the battery is the main cause.

So, keep on reading!

What are the main causes behind an engine misfiring? 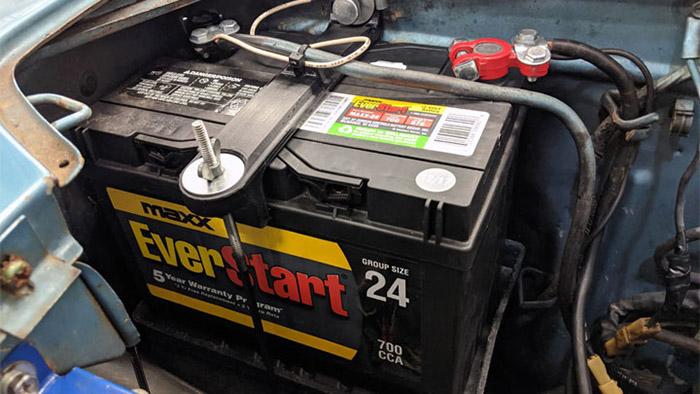 The ignition system is in charge of getting the car started, and any part of that system can make the engine misfire.

This could be because of a problem with the car’s control module, wiring, spark plugs, or ignition coils.

If your spark plugs are worn out or broken, it’s easy for them to cause a misfire, which makes the car not run right. If you change and clean the spark plugs regularly, you can avoid this problem.

The combustion chamber in a car brings air and fuel together and sets them on fire to make the energy a car needs to run.

When there is too much or too little fuel in the tank, some of it will leak into the exhaust and burn as it leaves the car, making a “pop.”

This means that either the fuel injectors aren’t working right or the car has a vacuum leak.

Misfiring can also be caused by bad tuning, which can make the car cough or make popping sounds while driving.

A low car battery can also slow down the rate of fuel injection and mess up the timing of when the fuel injectors open, which can cause the engine to misfire.

If the insulation on the wires has worn off, this could be the cause of a misfire.

It’s possible that the bare wire is touching the engine, which would cause sparking and misfiring.

Newer cars have a number of sensors that have replaced the old ways of getting fuel and controlling the car.

Even though this doesn’t happen often, faulty sensors could be causing the wrong amount of fuel to be sent to the engine, which could cause misfires and backfires.

A distributor cap sends pulses of electricity to the spark plugs, which light the fuel on fire.

If the distributor cap isn’t working right, the timing can be off, which can cause fuel to leak into the exhaust and cause the engine to misfire.

When do misfires occur? 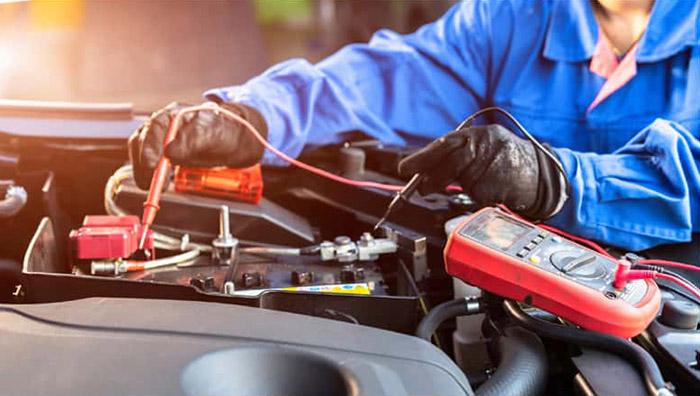 If you know what’s going on when a misfire happens, you can figure out what’s causing it. Most misfires happen when the car is being driven and the speed is increased.

This can be very dangerous, especially if you’re on a steep slope and your car can’t go uphill.

Misfires can also happen when the car is running but not moving. As was already said, this is usually caused by bad fuel injection.

Even if this problem doesn’t show up in the diagnostic log, you should still have a mechanic look at your car.

The problem could also be caused by the spark plugs. Changing your fuel pump, spark plugs, or injectors could help fix the problem.

Can misfiring be harmful to my car?

Yes! Misfiring can do a lot of damage to your engine over time. If the fuel is injected wrong, the engine can run too long and get too hot.

Along with the engine, the catalytic converter can also be hurt a lot. If the misfiring is not fixed, it could hurt the engine in the long run.

Signs of a failing battery

Even though a dying battery might be one reason why the engine won’t start, that’s not the only thing you should worry about.

Here are some of the other problems that can happen when a battery goes bad.

A dead battery won’t give the car the power it needs to start, which could leave you stuck. This problem could also be caused by a bad alternator, but most of the time it’s a dead battery.

This problem can be fixed by connecting your car’s battery to the battery of another car and giving it enough power to start the car so that the alternator can take over.

If you hear a clicking sound when you turn the key but the car doesn’t start, it’s because the battery can’t send electricity to the starter.

If your headlights go out while you’re driving at night, it can be very dangerous.

If your headlights seem dimmer than usual, this is a big sign that your car battery is dying and you need to either charge it or get a new one.

This is another problem that can be caused by a dying battery, so you should have it checked out.

If your battery is about to die, you will notice that your window controls are much slower to respond, or they might not respond at all.

Also, the controls for locking and the push-start button might not work at all. This means that your battery needs to be checked out.

Even though a bad battery can cause the car to not start, there are a lot of other things that can cause the problem you’re having.

The best thing to do would be to get your car checked out so a professional can fix the problem before it hurts your engine for good.

We hope this article helped and that your car gets the help it needs. Happy driving!

What Is A Fuel Pump Relay?
Car Leaking Antifreeze When Parked
Whats The Gas Mileage For A Hummer
Reasons Why New Brakes Squeak