Do you know any signs of an EGR valve? There are now more sensors, electrical parts, and parts that deal with emissions than ever before. But even though they can be annoying when they don’t work right, they really do make a big difference.

So instead of complaining about the newer parts, let’s look at what the EGR valve does and how to tell if it’s broken. We will give you all the information you need to get your car back on the road.

What Does an EGR Valve Do?

Before you can figure out what’s wrong with an EGR valve, you should know what it is and what it does.

It’s easy to understand how an EGR valve works. They collect the vapours of burned fuel in the exhaust and send them back into the engine to burn again. This not only cuts down on the amount of harmful NOx that comes out of the tailpipe, but it also saves fuel by reusing the vaporised fuel. 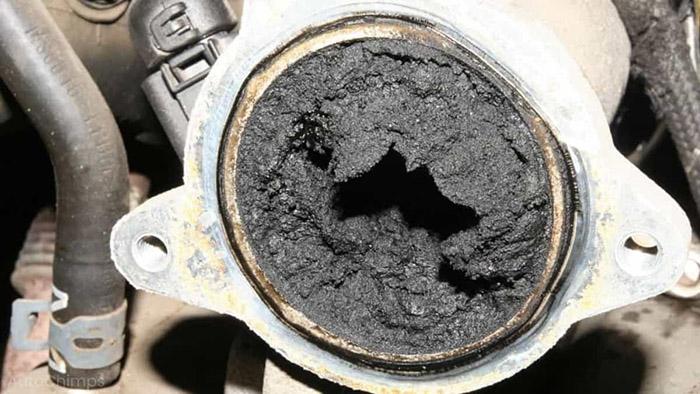 If your EGR valve is broken, the first thing you might notice is a check engine light. Over time, you’ll start to notice more and more problems. It’s easy to spot a broken EGR valve if you know what to look for, and we’ll show you everything you need to know here.

Modern cars are full of sensors because they are made that way. They measure everything, from how much air goes in to how well the catalytic converter works. So, it shouldn’t be a surprise that there is a sensor that checks how well the EGR valve works.

One of the main jobs of the EGR valve is to cut down on emissions, so it makes sense that you’ll fail an emissions test if your EGR valve is broken. If the emissions aren’t properly recirculated, the amount of NOx that comes out of the tailpipe will go up.

Even though this is only a problem if you live somewhere with emissions tests, you should replace your EGR valve as soon as possible if you care about the environment.

The EGR valve’s main job is to cut down on the pollution your car puts out, but it also helps you save gas. This makes sense because even though burned fuel vapours might not hold as much energy as fresh fuel, they still do.

Your car gets to use this energy, so you don’t have to put as much new gas into the engine. But now that you aren’t reusing the burned vapours, you have to step on the gas pedal more to get the same results, which means you use more gas.

If there isn’t enough fuel in the combustion chamber, your car won’t get as much power out of each turn of the engine as it could. This means you’ll have to press down harder on the gas pedal to get the same results, which will lower your top-end power.

Not only that, but since you’re used to pressing the pedal a certain distance to get the results you want, you’ll probably find that you’re not going as fast as you would if your EGR was working properly.

You can make up for less fuel by pressing the pedal harder, but when you’re idling, you’re not pressing the pedal. At the moment, your engine isn’t getting enough fuel to keep everything running smoothly because it’s counting on the EGR valve to give it a little.

In English, this means a rough idle. It shouldn’t be so bad that your engine shuts off, but if you know what a healthy idle sounds like, you’ll be able to tell. 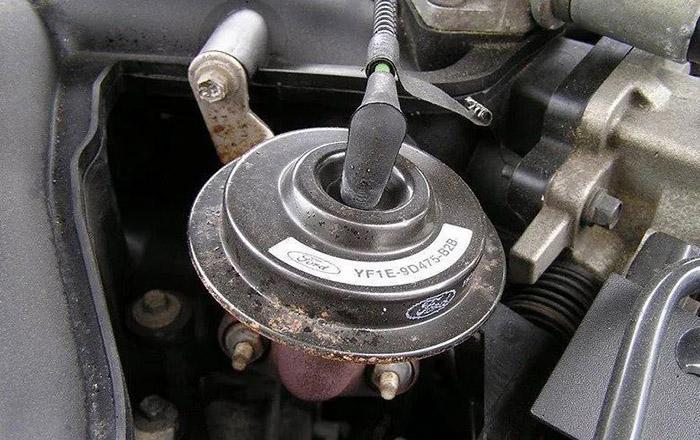 Even though vehicle and part manufacturers will tell you not to clean an EGR valve, this is a common way to make the part last longer. In fact, before you order a replacement, you should try to clean your EGR valve.

It is 100% safe, easy to do, and can add thousands of miles to the life of the EGR valve. To clean the EGR valve, you just have to take it out and spray it with carb cleaner.

Cleaners for carbs, like the Gumout Carb and Choke Cleaner, are very cheap and do the job. From there, clean off any carbon deposits with a soft wire brush and a dull scraper!

Cleans the inside and outside of the carburetor quickly so that the engine runs better and uses less gas.

Removes gum, varnish, and dirt from choke valves and carburetors that have become clogged.

If you can’t get the code to go away after cleaning the EGR valve, you’ll have to spend a little more money. Even though the EGR valve is a small part, that doesn’t mean it will be cheap to replace. In fact, you can expect to pay between $350 and $400 if you take your car to a repair shop. But this cost will depend on what kind of car you have and where you take it to get fixed.

Even if you want to replace the valve yourself, it will still cost you close to $300. This is because parts make up most of the cost of an EGR valve. There is some good news, though. An EGR valve replacement isn’t too hard when it comes to fixing cars.

Most valves are near the top of the engine, so if you know a little bit about mechanics, you should be able to figure out how to do the job and do it yourself.