Poor performance or reduced mileage can be the result of a faulty EGR Valve. As a reminder, here are a few crucial points to keep in mind and why you shouldn’t disregard this particular issue. If you’re looking for an expert on this subject, you’ve come to the right place. On our website, you may find out more. The air pollution in large cities like LA, Chicago, New York and Denver can be seen and experienced by anybody who has driven through them. An EGR valve has been installed to cars in order to recirculate exhaust gas. It’s important to know what an EGR valve is and how to tell if it’s broken.The sole aim of the EGR valve is to lower the amount of nitrogen oxide (NOx) emissions from your vehicle. By recirculating portion of the exhaust back into the combustion chambers rather than discharging them, it accomplishes this goal.A rough idle, poor performance, or decreased mileage are all symptoms that yours is on its way out!

As a result of this study, you will learn everything you need to know about an EGR valve. A deeper look at the EGR valve and how it functions is first on the agenda.After that, we’ll take a look at the eight most prevalent indicators that yours is in trouble.

Let’s get this show on the road!

What Is An EGR Valve And How Does It Work?

The engine of your car runs on oxygen. As a result, it takes in only 20% oxygen and 80% nitrogen from the outside air. Fuel is subsequently added and ignited by the spark plugs in the combustion chamber. Nitrogen oxide (NOx) is the major pollutant that the EGR valve was designed to minimize when the nitrogen is burned. An EGR valve, despite its intimidating name, is nothing more than a valve that can be left open or shut. Either it enables exhaust gas to enter again, or it sends it out the exhaust pipe at the other end of the system. Vacuum-operated EGR valves and ECM-controlled EGR valves are the two types of EGR valves. What are the advantages of an EGR valve that is electronically controlled? Because of this, it is able to optimize its location based on the ECM data, which makes it more efficient. Most current cars prefer this over a vacuum-operated valve, which is typically seen on older vehicles.

The 8 Most Common Symptoms Of A Bad EGR Valve 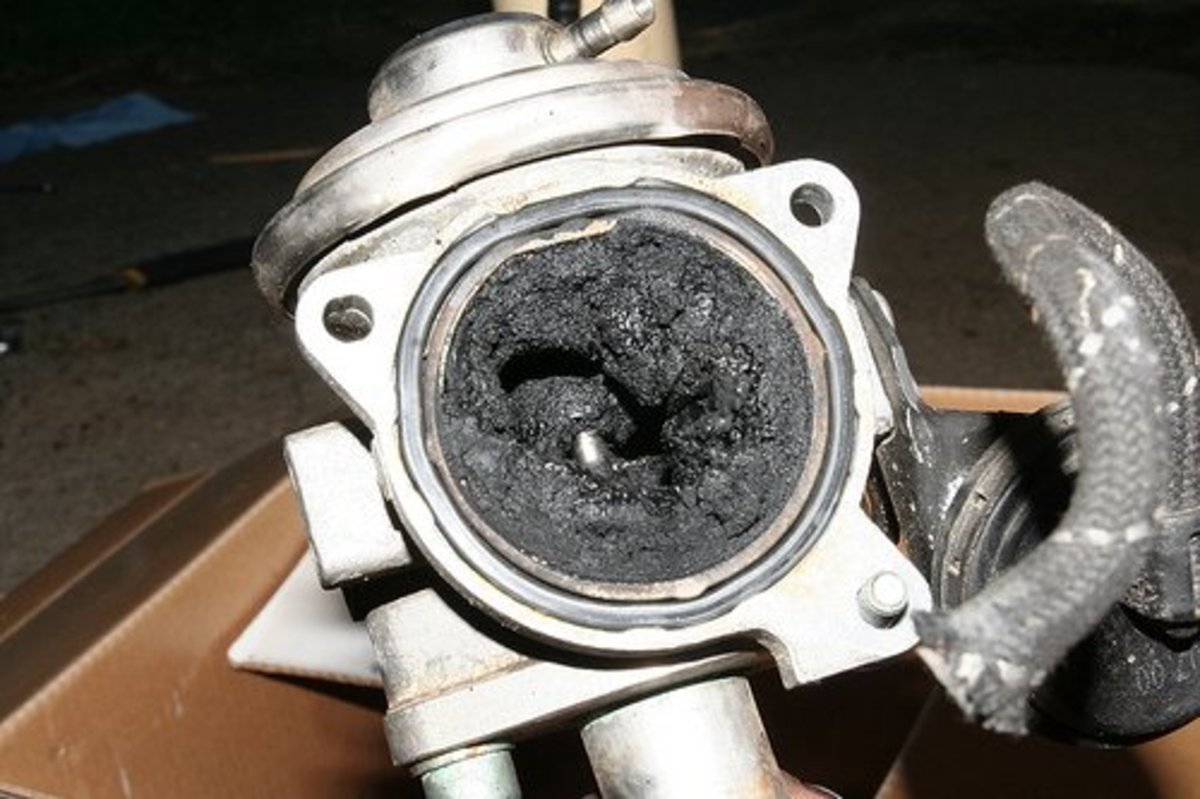 Reason #1 – The Engine Is Idling Rough

It’s possible that your EGR valve is stuck open, allowing in either too little or too much exhaust gas. This can affect the engine’s air/fuel mixture, causing it to idle erratically.

Another complication of a jammed EGR valve is a decrease in fuel economy. This occurs as a result of the combustion chambers’ lower temperature. Fuel within is less likely to ignite as quickly or efficiently because of this.

Reason #3 – Your Car Stalls While Idling

A jammed EGR valve can also cause your engine to stall when it is idled, just like the previous reason. A car stalling in traffic may be more hazardous, but this requires your full attention to prevent it from happening again.

EGR valves can get locked open or closed, which can lead to decreased performance, especially when you’re trying to accelerate. A rough idle, poor fuel economy, sputtering, or hesitancy are all symptoms of this. What is the reason for this?

Because the air/fuel combination in the combustion chambers has been tampered with. Allowing too much exhaust gas to enter is an issue if the valve is stuck open. Your emissions will climb if it remains shut all the time.

Reason #5 – You Notice The Smell Of Gasoline

The EGR valve was invented for a reason: the NOx emitted from the exhaust pipe is hazardous to human health. In addition, it has a foul odor that should be avoided at all costs. A malfunctioning EGR valve might cause your engine to use more fuel, which results in the emission of hydrocarbons. Additional NOx and hazardous gases are created by the combination of the two.

Many states require emissions testing every six months or so due to rigorous pollution requirements. You may have a defective EGR valve if one of these tests recently failed. If you’re caught driving a car that has not passed a state inspection, you’ll be hit with heavy penalties. This could be the result of a faulty EGR valve if any of the other symptoms are present.

You may not see a check engine light if your EGR valve is merely faulty. It’s possible, but not likely, that you’ll ever see one. As a result, if your check engine light comes on and some of the other causes are present, the EGR valve could be to blame. You should keep in mind that an EGR valve that is electronically operated receives its data from the ECM. The check engine light is also controlled by the ECM. If the air/fuel ratio in your combustion chambers isn’t right, you’ll probably get a warning.

The combustion chambers will become overheated if the EGR valve is stuck closed. At low RPM (and thus a knocking sound), a premature ignition of the gasoline can occur.

What Happens If You Ignore A Faulty EGR Valve?

A defective EGR valve isn’t difficult to overlook, especially after going over the list of possible symptoms presented earlier in this article. Is it possible to get less fuel economy, a sluggish idle, and a persistent odor of gasoline? You’ll eventually have to come up with a way to deal with these symptoms. A failed state inspection means that you are not authorized to drive your vehicle legally without a fine. Impounding your vehicle is likely if you’re pulled up for driving a non-eligible vehicle. This means that in addition to the original fine, you’ll now have to pay the impound fees. Fortunately, we’ll go over your alternatives and costs in the following section.

Cost To Replace An EGR Valve

Including both components and labor, a replacement can cost more than $500. Depending on the model and year of your vehicle, this might cost as little as $150. Because of soot particles, the EGR valve may just need to be cleaned if it is merely clogged and stuck open or closed. A spray can of EGR valve cleaning and a little familiarity under the hood should allow you to perform this task on your own at home. Between $70 and $490 will be needed to buy the item and the cleaner.

The EGR Valve – A Small Step In The Right Direction 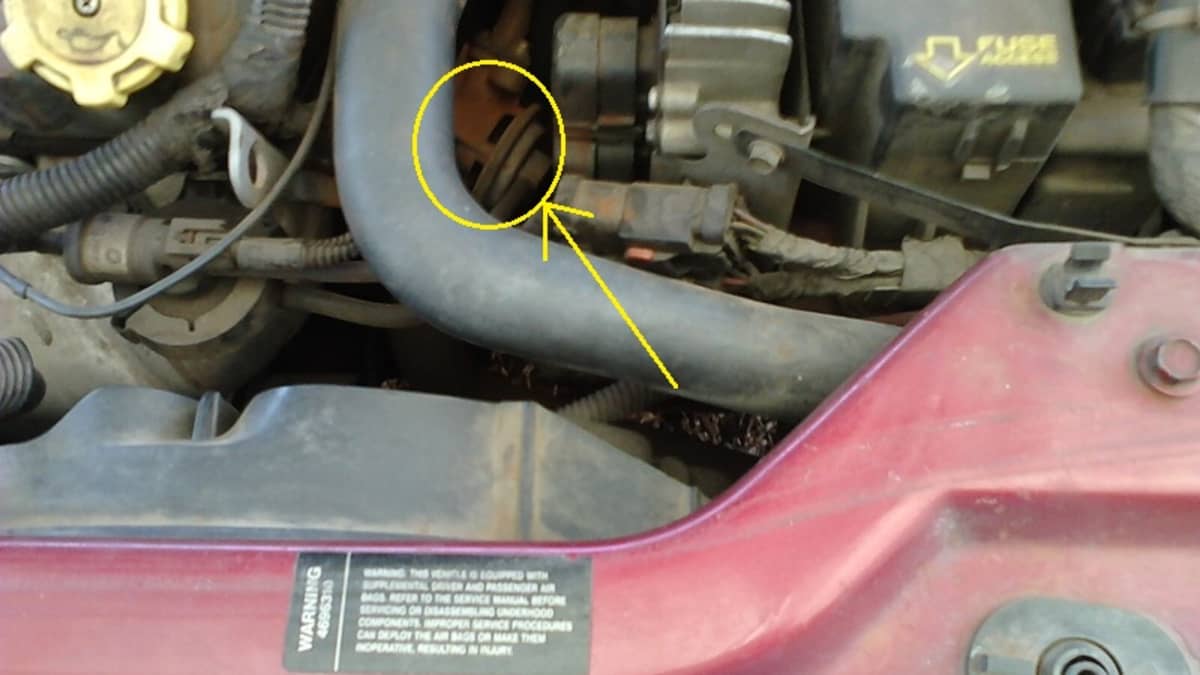 There aren’t many planets in our solar system that could support life. You owe it to yourself and others around you to fix a broken EGR at the first sign of trouble, don’t you think?

Maintaining the smooth operation of your engine is made easier by making sure the air exiting your exhaust is as clean as possible.