In internal combustion engines, the ignition coil or transformer is the most important component for igniting the air-fuel mixture. The high voltage given to the spark plugs, of course, causes a spark to be produced. If the ignition coil is destroyed, the engine’s power can be drastically reduced or it can stop running altogether.

How does the ignition coil works?

It is the primary function of the coil to convert the 12 volts supplied by the automobile battery to a higher voltage, between 25.000 and 300.000 volts. To put it another way, a common ignition coil is a pulse boost transformer analog.

Low voltage is applied to the primary winding of the transformer when the ignition is turned on. Using thicker wire, it has fewer turns and is easier to work with. When current flows through the primary winding, a magnetic field forms, which stores energy.

For example, a mechanical chopper interrupts the primary circuit, and the magnetic field in the secondary winding provides a high voltage. With a greater number of twists, this is formed from thin wire and has a higher number of turns. Spark plug electrodes are supplied with a high-voltage pulse from a distributor, which then distributes it to them. The air-fuel mixture is ignited when a spark forms between the electrodes. 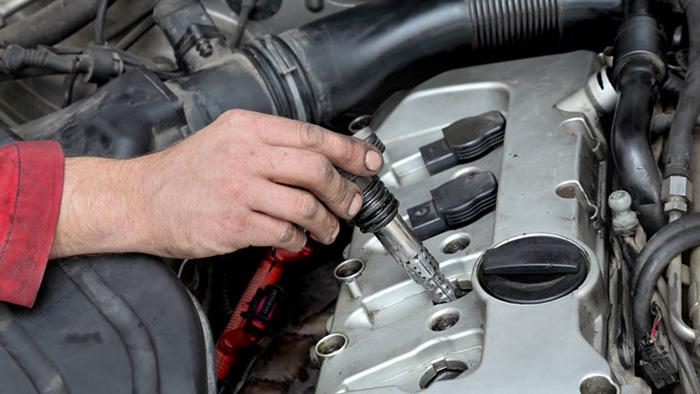 Where is the ignition coil located?

The location of the ignition coil depends on the type of ignition coil and the engine compartment layout. So-called “individual” coils are found on modern autos’ spark plugs. On the engine’s valve cover, it is mounted to the spark plug. The motor’s common or dual output coils are often found on the motor’s top side. Shortening high voltage wires is the primary goal.

Main features of an ignition coil

There are three basic sorts of patterns that are the most popular.

The second end of the coil is also placed on the lid of the coil and serves to connect the circuit between the transformer and the spark plug. Inside the windings, there is an iron core that boosts the magnetic field strength that is generated. The car industry hardly ever uses these types anymore. However, they can still be found in the repair of antique cars and other automobiles..

Electronic systems primarily employ the individual ignition coil, which is comparable to the classical design. However, unlike a classical circuit, the main is located inside the secondary in this design. Additionally, there are two cores: one external and one inside, rather than just one.

The first is inside the primary winding, and the second is surrounding the secondary winding .’s A unique diode is installed in each ignition coil’s high voltage winding. High-voltage currents are prevented from flowing through the device. The core design of individual coils is separated into two categories. core and compact

Modules of four can be constructed from the latter. All coils must be synchronized with the engine camshaft in order to produce one spark at a time.

The sole difference between a dual (two pin) ignition coil and a classical circuit is the existence of two high voltage winding connections. Two spark plugs can be ignited concurrently thanks to this arrangement. At the end of the compression stroke of the air-fuel mixture, ignition happens in the first case, and at the exhaust emissions stage in the second (idle).

Engines with an odd number of cylinders typically employ such designs. They make it possible to remove the distributor from the circuit and simplify the ignition system. It is possible to connect two transformers in two ways. The high voltage wiring connects both contacts to the spark. A spark plug tip connects one contact to the other, while high voltage wiring connects the other.

The traditional ignition coil has an oil-filled inside. This ensures that its windings do not overheat under the effect of current. Metal is used to make the coil’s body, which isn’t always logical. Because of this, in most modern cars, a dry coil is employed as an alternate design. In order to protect it from dirt and moisture, it is covered with a coating of epoxy compound, which also serves as a cooling system.

It’s worth noting that a lot of imported cars use mixed models that have both a dry coil and contact switch.

How long do ignition coils last?

Modern ignition coils are expected to last between 60, 000 and 80, 000 kilometers (37. 000 50. 000 miles). There are several variables that can affect a product’s actual performance. There are numerous reasons for malfunctions:

Symptoms of a bad or failing ignition coils

There is a separate coil for each spark plug. However, it can either be plugged into or placed above the spark plug. Spark plug electrodes require a spark of 15, 000 to 20, 000 volts to generate a spark. It is possible that faulty ignition coils will result in a rise in fuel consumption as a result of misfires.

1. Check Engine light is on 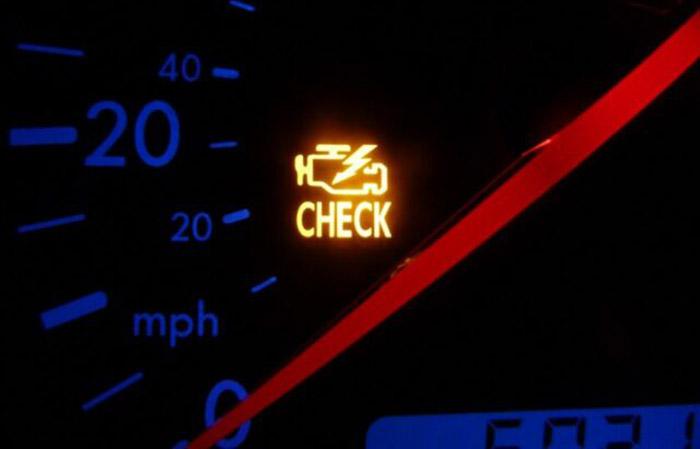 After a few driving cycles with a faulty ignition coil, the check engine light is likely to emerge in the dashboard.

Fuel consumption will rise significantly if the combustion process does not have the necessary energy. An increase in fuel consumption can also be caused by a defective MAF sensor or unclean filters, such as a fuel filter, that are not cleaned properly.

3. Difficulties while starting the engine 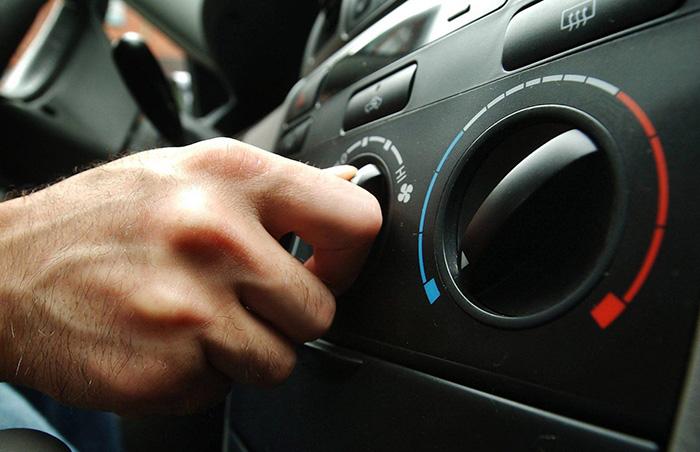 Engine starting may be problematic depending on the amount of defective coils. There are other problems with the electrical system that might cause a rough engine start, so it is better to fix those first.

As a result, the ignition process will be disrupted, which in turn will have an impact on the overall performance of the engine as a whole.

The more bad spark plugs an engine has, the less power it has. Acceleration will be noticeably weaker if the problem is severe. Problems with the injectors can also cause this, so this option should be removed as well.

6. Hesitation of the engine during acceleration

The engine’s power will be severely reduced as a result of the large number of damaged coils. Injector difficulties can cause this, and you’ll notice it most during acceleration. Additionally, it is better to examine this variety in order to rule out the possibility of an injector issue.

Fuel particles will not burn in the combustion chamber as they normally do and will instead enter the exhaust pipes with a high energy load. In the form of small explosions, this energy will be released. 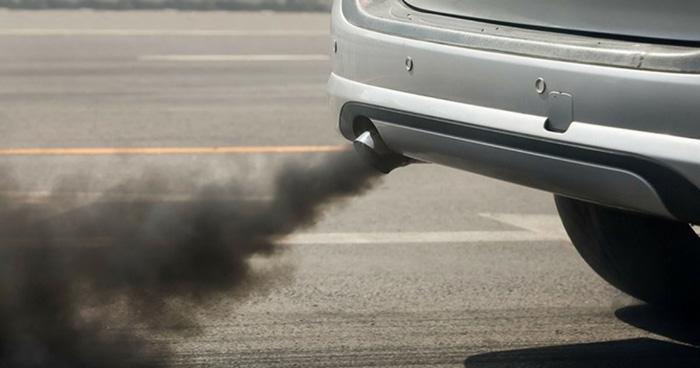 Toxic hydrocarbon emissions could be a problem for the environment, especially for individuals who live in an area that routinely checks for such issues. Having a malfunctioning ignition coil will increase these emissions.

9. Smell of gas in the exhaust pipe

When the combustion chamber fails to burn the fuel, the exhaust pipe will emit a gaseous stench.

The ignition coil may be the cause of a car’s sudden halt while traveling, however this is extremely rare. Even if you are already at a standstill, this can still happen while moving. An uneven current flow to the spark plugs can be caused by an overheated ignition coil. You may be able to drive fine and then run into issues later.

A odd, repulsive sounds may be a sign that the ignition coils aren’t working properly, which can cause an engine eruption. There will be a lot of unusual noises and possibly some stiffness when you speed, but you can still drive the car.

How can you diagnose a bad or failing induction coil?

To carry out such a task, you must have a basic understanding of vehicle safety precautions. You may require one or more of the following tools, depending on the type of induction coils in your vehicle. Digital multimeter (DMM), automobile tester that provides real-time data, and ignition analyzers. To determine if the induction coil is the problem, you can use these tools.

use a professional car tester to look up any problem codes in the ECU and get the data you need. To complete this procedure, simply plug in the code reader and turn the key in the ignition (engine off).

You need to remove the codes from memory now that you know where they are. Selecting the codes in the tool you are working with is the most common method of doing this.

Start the engine and remove the OBD II code reader to diagnose KOER (Key on Engine Running). Stop the engine if any of the car’s warning lights come on. Drive the vehicle for 5-10 minutes if the test lights are still off. If the lights don’t come back on after a few minutes, you may be dealing with an intermittent problem. When warning lights are flashing, proceed with the diagnostic process.

Make a careful visual examination of each coil’s wires. Inspect the wiring and look for signs of damage or corrosion. If any screws are loose or if there are open circuits due to inadequate insulation, pay extra attention to them.

A comprehensive inspection of each coil connector is now required. Unscrew each coil harness connector while the ignition is off. Any flaws, poor connections, corrosion, or other signs of wear and tear could point to a faulty connection.

Each of the motor’s coils must be removed in order to be inspected for damage. Each coil should be thoroughly inspected visually. Coils that are damaged or scorched should be avoided. Pay attention to any evidence of water, oil, or dampness in the area, as well Any moisture that comes into touch with the coil soon damages it. It is best if this situation is resolved as quickly as possible.

Any issues that have emerged so far must be resolved before to the following phase.

Use a digital multimeter to carry out this procedure. You can use a wiring diagram to find the correct termination for a particular line. Enter KOEO (Key on Engine Off) mode and rotate the digital multimeter in voltage test mode to measure the supply voltage. The entire line from the coil to the ECU should be checked if the value is less than 90% of the battery voltage after you have performed the measurement.

Testing the ignition coil with a professional tool

This stage requires a scanning tool that can provide real-time information. Faulty coils can be diagnosed with the aid of an automobile tester. Take a look at the current figures in real time. It’s ideal if no cylinders indicate problems with ignition. While it’s possible that the problem is caused by an issue with fuel injection, spark plugs or an induction coil, they are the most common culprit.

Some diagnostic tool manufacturers have added unique or functional checks for ignition coils to their diagnostic tools. To complete the process, follow the directions provided by the test tool.

Because you simply need to select the coil for testing, this device is a huge benefit. To quickly and accurately evaluate COP systems, inductive technology (the electric principle that drives ignition coils) is the most feasible method.

How can you replace a bad ignition coil?

Several tools are required for this technique. You’ll need an OBD II scanner and goggles, gloves, a screwdriver, and a flashlight to get the job done.

The price of replacement ignition coils varies by vehicle model. Coils range in price from $70 to $350. Expect to pay between $50 and $120 per hour for labor at a car repair shop, and considerably more at a dealership.

What Causes A Bad Control Arm?
What Happens When a Car Sits For 3 Years?
Can You Pump Gas While The Car Is On
Is Window Tinting Worth It