In this article, we’ll talk about how important struts are, why they break, how to tell if yours are worn out, and how much it costs to replace them.

Struts are a part of a car’s suspension system, which is what connects the wheels to the rest of the car. There are struts, shock absorbers, coil springs, mounts, and more that make up the suspension system. In this article, we will pay special attention to struts.

Struts come in different styles. The MacPherson strut is by far the one that is used the most.

Struts are used in the front and back suspensions of some cars. The front of some cars has struts and the back has shocks. Struts and shocks are often mixed up. Shocks, also called shock absorbers, help control how much a vehicle hits and bounces back. Like shocks, struts have a function called “damping.” Besides that, though, struts help keep the tyres in the right place and give structural support to other parts of the suspension system. Struts help you steer, stop, and control your car. (More on that in a minute.) Air struts are like regular struts, but instead of coil springs, they use air pockets that can be blown up.

The weight of the car is not meant to be supported by the shock absorbers. Again, their job is to reduce bounce by letting the coil springs’ stored energy out in a controlled way.

The spring and the shock absorber are made to work together. The one can’t work well without the other. Because of this, coil springs and shock absorbers are built into a single, small unit.

What is the purpose of struts? 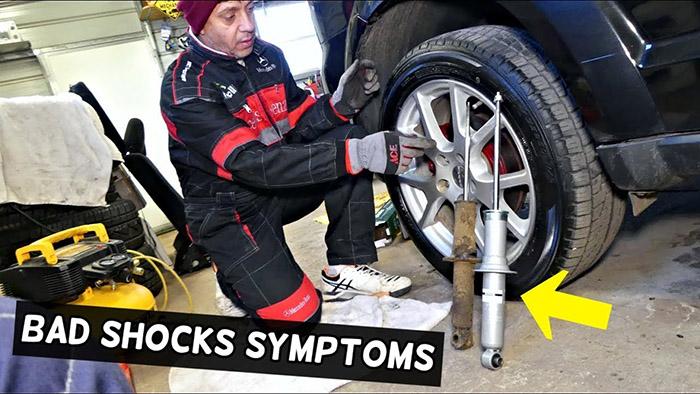 Struts have five main jobs: to support the weight of the car, to dampen vibrations from the road, to keep the car stable, to improve grip, and to make the ride more comfortable. Struts are very important parts that help the car run smoothly and safely. Struts need to be checked often to make sure they are in good shape because they play so many important roles.

One of the main jobs of struts is to dampen road vibrations. It is important to keep the vibrations from the road from spreading to the rest of the car, because too much vibration can stress and even break other parts of the car.

Another job of the struts is to keep the vehicle stable as it moves. Keeping the tyres in contact with the road gives the vehicle the grip it needs to speed up, cruise, and stop.

When a car turns, its weight moves in the opposite direction of the turn. If the struts on the side of the turn aren’t stiff, the car can roll because the centre of gravity has moved and the suspension can’t keep up. With the help of the other parts of the suspension, the struts make sure that your car stays balanced.

What causes struts to fail? 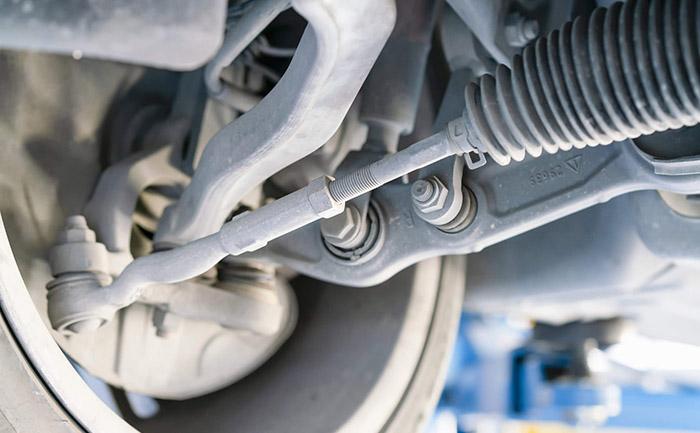 Struts go through a lot of motion because of where they are on the car. Struts are made to handle a lot of abuse, but they can still break from normal wear and tear, too much vibration, corrosion, or heavy loads.

Most struts break because they are shaken too much. Even though the struts are made to handle normal levels of vibration, too much movement or pressure can damage them. Most of the time, vibration comes from the road, but it can also come from the car itself. Worn bearings, bad alignment, and tyres that aren’t round can cause the car to shake in a way that can hurt the strut assembly.

Water, oil, or dust can also get into the struts and cause them to break. These things can get into the unit and eat away at its parts (like seals and bearings). When the seals of a shock absorber rust, the oil inside can leak out of the body. This makes the shock absorber less effective at damping.

How you drive has a direct effect on how long your struts will last. When you stop, speed up, or turn at high speeds, your struts are put under a lot of stress. This could put too much stress on the strut parts, making them more likely to break and speeding up their wear. Even though they are built well, the best struts can only handle so much.

When you tow something or drive with a heavy load, you put stress on the car. The struts will take on the extra weight of the load being towed or carried. When combined with sudden braking, the struts take on loads that are too heavy for them (due to the momentum of the vehicle). If a car is always carrying a lot of weight, its struts will need to be replaced more often.

The terrain is another thing that can cause struts to wear out. If you drive a lot on roads with a lot of potholes or do some off-roading, you may need to replace your struts sooner than someone who drives a lot on a well-kept highway. On the other hand, you might be able to make your struts last longer if you drive on smooth roads, go the speed limit, and stop with plenty of time to spare.

How often should you replace your struts?

Struts need to be serviced at different times depending on the make, model, and how the car is driven. Most car makers say that you should replace your struts every 50,000 to 100,000 miles.

Modern struts can last for years without being replaced because of improvements in how they are made and the materials they are made of. But they will get worn out over time.

What are the signs and symptoms of worn struts?

Most of the time, bad struts are easy to spot and can usually be felt while driving the car. Usual signs include:

A bumpy ride is the first clear sign that your struts are broken. If the struts are worn, even on flat, smooth roads, the car may bounce around more. Bad shock absorbers are often the cause of too much bouncing, though.

When you turn, it’s easy to feel your body roll. If your struts are worn, they might not be stiff enough to keep your car from tipping over (or at least shifting a little). When going fast, too much body roll is a serious safety problem.

Too much nose dive is a major safety issue because the car will have to stop a lot farther away. This happens because the back of the car goes up, and the back wheels don’t have enough grip to stop the car.

Misaligned wheels, broken wheel hubs, or worn suspension parts can all lead to uneven tyre wear. When struts aren’t working right, tyres wear unevenly because they don’t make good contact with the road. The most common signs of bad struts are cupping and strange wear on the outside and inside.

If the struts are worn, the wheels may bounce more than usual, which can make the car harder to control. Bounced wheels can’t give enough traction because the tyre doesn’t make consistent contact with the road. This is dangerous because it can make you lose control, especially if you are going fast.

A common sign that the struts are worn is a leak in the shock absorber. If the shock absorber is leaking hydraulic fluid, it will stop being able to stop vibrations sooner or later. Leaks happen when seals break because of corrosion or a hard hit.

How much does it cost to replace struts yourself?

When you take the cost of labour out of the equation, there are two parts to the cost of replacing struts yourself: the cost of the strut assemblies and the cost of the tools you’ll need. Most of the time, a pair of struts costs about $700. You only need a few sockets, a breaker bar, and a torque wrench to switch out struts. You can get good tools for less than $200 if you don’t already have them.

It’s important to know that replacing struts takes a lot of work and can be dangerous if you don’t have the right tools. If you want to do the job yourself, get ready by reading advice from experts, watching one or two videos, and getting the right tools.

How much does it cost to have struts replaced by a mechanic?

How much it costs to have a mechanic replace your struts depends on where you take your car. For example, if you take it to a dealership, it will cost more than if you take it to an independent garage. It’s important to know the difference between the two because each has pros and cons, which we’ll go over below. In general, the cost can be broken down into three parts: the cost of the parts, the cost of the labour, and other fees.

Dealerships and independent shops charge different prices for parts. Parts can cost almost twice as much at dealerships as they do at independent shops or retail parts stores. As was already said, a pair of strut assemblies costs about $700. At a dealership, the struts alone will cost you $1,500. The struts cost around $700 at shops that are not part of a chain.

The average cost of labour to change struts varies from place to place (due to different labour laws that factor in the cost of living in the area). Most of the time, replacing struts takes about an hour, if everything goes well. At a dealership, you can expect to pay $100 to $150 an hour for labour, while an independent mechanic will charge $75 to $100 an hour.

We can’t just ignore other fees. Fees for facilities, supplies, and disposal are examples of other fees. As for taxes, they are different everywhere.

What happens during a strut replacement?

To put it simply, the old struts are taken off and the new ones are put on. Wheel alignment is a part of the process because the procedure will throw off the alignment. Even if one of the struts is in good shape, they are always changed in pairs. This makes sure that the struts are balanced and that the older one doesn’t hurt the new one.

Most damage to and wear on struts are limited to a single part, not the whole assembly. In some cases, only the broken part needs to be changed, not the whole unit. Only if the rest of the assembly is in good shape should you replace just one part.

Depending on how worn the strut is, it may need to be replaced as a whole. This is especially true if the coil spring or shock absorber is worn. Loaded or complete strut assemblies are more expensive, but if you’re doing your own repairs, they’re a better choice because you don’t have to take them apart.

Can you drive with bad struts?

Most of the time, you shouldn’t drive a car with bad struts unless you take it to a mechanic to be fixed. When you drive with bad struts, you could lose control of the car, which is dangerous. Driving with bad struts can also damage parts of the steering and suspension, which could lead to more expensive repairs.

Struts are an important part of keeping your car safe on the road. They control how much your car will roll, dive, and squat. Struts make your car run better and keep the ride smooth. When struts break, don’t put safety at risk. As soon as you can, go to a mechanic.