Even while automobiles are unable to communicate verbally, they do so in a variety of other ways. Messages, bells, and icons are some of the ways it communicates.

These messages from the car should not be ignored, as they could be a warning that needs to be taken seriously..

Some alerts from cars aren’t always indicative of danger. Some are designed to keep things running smoothly in the long run. You may have noticed a check engine light and a low battery indicator on the dashboard at some point.

This is a problem you should be concerned about, but you should not panic and instead try to figure out what might be causing the two lights to come on and find a solution to it.

So, what causes the check engine light and battery light to come on?

When both the check engine light and battery light are up, it is most likely because the alternator is defective or the battery is defective or defective. If either of these two components is impacted, the car’s performance is likely to be harmed as well.

A battery light is usually visible on the dashboard if the battery voltage lowers or if there are issues with charging. The check engine light may also come on as a result of this, alerting you to the need to have the battery or alternator examined.

In newer cars, you’ll see both of these error lights turn on at the same time. These codes can be accurately diagnosed with the use of an OBD scanner.

Causes of check engine light and battery light to come on

1. A bad or faulty battery

A bad or undercharged battery is the most common source of auto issues and warning lights. If the battery fails, the entire car’s operation, including the engine, would be compromised.

Any time a low voltage is detected near the vehicle’s computer, the check engine and battery lights may both be on.

If the battery is undercharged or damaged, the ability of the battery to supply the correct amount of energy to the car’s computer will be impaired.

The check engine light may be illuminated by a defective engine control light. Newer models have a dashboard warning light that indicates an issue with the battery.

As a result, if your battery is dead or undercharged, you’ll see both the engine check light and the battery light illuminate.

This is due to the battery’s role in voltage stabilization and management in addition to supplying electrical power to the vehicle. A faulty battery can have an impact on electronic and electrical components.

In addition, a malfunctioning alternator can cause the lights to come on. Batteries and engine warning lights can come on if an alternator is defective. This can be harmful.

If your car’s alternator breaks out, you run the risk of driving with dim interior lights, increased difficulty, and no radio.

Nothing is left after the loss of all power. As an additional precaution, if the battery has low voltage, the battery warning light should be activated when the alternator has a low voltage.

If it’s defective, the engine won’t be adequately charged. Alternators that fail place your vehicle into neutral and risk damaging your computer and other electronic components.

How to fix the issues and what are the costs? 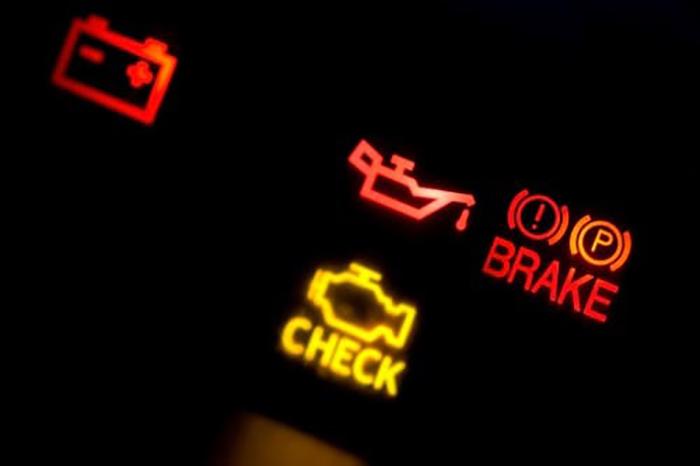 Make sure that the battery and the alternator are working properly before you can remedy any problems. They should be replaced if they are defective. Recharge or replace a car battery’s battery terminals, depending on the severity of the problem. Before moving on to the alternator, do this first

Similarly, if your alternator fails, you may either replace it yourself or take your car to a professional in your area right away. However, while the car owner can remedy certain alternator or battery problems, it is vital to take the car to an authorized service whenever you notice the check engine light and battery lights on for diagnostic tests..

The cost of fixing

Repairing an alternator will set you back anything from $550 to $1000, which includes parts and labor. A battery replacement might cost anywhere from $40 to $300, depending on the battery’s capacity and quality.

Can a bad battery real cause the check engine light to come on?

The check engine light can be brought on by a defective or faulty battery, which can interfere with the car’s electronic and electrical components.

Can a failing alternator cause the check engine to illuminate?

A check engine light might be triggered by a malfunctioning or undercharging alternator in newer or more advanced vehicles. In addition, computer controls and onboard electronics may be adversely affected.

When the check engine and battery lights come on at the same time, it’s not uncommon, but it could be an indication of a more serious problem.

Having a problem with the battery or alternator is the most prevalent source of these lights. Immediately pull over to the side of the road if you see these lights, and have them checked out by a mechanic right away.

5 Best Car Battery Brand That You Should Know
What Is A Group 25 Battery?
Driving With A Broken Catalytic Converter
Can You Put A Car Cover On A Wet Car ?