Today, I’d like to draw your attention to an all-too-common engine issue: a brief squeaking noise when your engine first starts in the morning.

Once your engine has warmed up, you’ll hear a loud, high-pitched noise coming from it. Why does your automobile squeak when it’s cold? Here’s the reason for that:

Serpentine belt difficulties might generate a transient squeaking sound that comes from your engine in the morning and fades as soon as the engine warms up. Using an inappropriate engine oil or its level is not enough to fix this problem..

Let us delve deeper into the reasons for this.

1. Problems with the serpentine belt 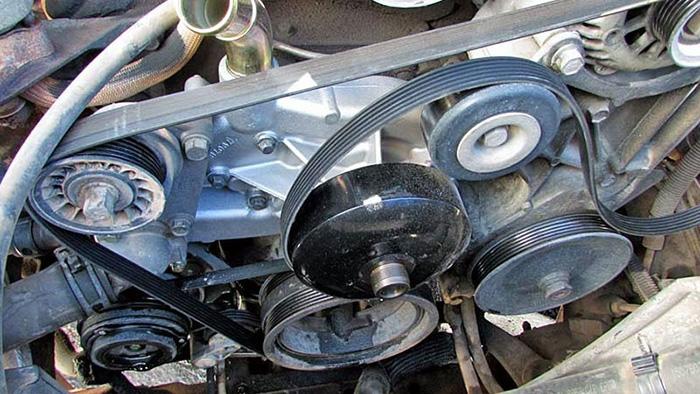 In the morning, your engine will act in this manner if a layer of condensation has formed on one of the pulley wheels or the serpentine belt throughout the course of the night.

The squeaking sound is caused by the loosened belt slipping a little as the engine warms up and evaporates the material. Your drive belt tensioner, which has failed to do its duty, might be replaced with a new one.

The purpose of the tensioner is to keep the driving belt in the proper tension. If your drive belt is not properly tethered, it will only get loose due to humidity.

Retightening the belt won’t fix the problem for good. Alternatively, a new, properly tensioned belt can be installed in its place.

Spraying WD40 on your tensioner and belt, according to some, will alleviate the creaking issue. To prevent rust and moisture buildup, WD40 is a useful substance. Is it, on the other hand, beneficial?

No, this is not the case. You should avoid using WD40 in this situation since it can do more harm than good and can ruin the drive belt. While WD40 is effective at combating rust, it is not a true lubricant.

Other options include dielectric grease, which is readily available. Using this method, moisture is better kept at bay.

Put on some gloves before applying the oil, and apply some substance to the serpentine belt ribs. Let it run for 10 to 15 seconds before shutting it down.

A new belt tensioner with all of its extras typically costs between $140 and $150, while a tube of dielectric grease costs anywhere from $15 to $35. In other words, DIYing this project will run you between $115 and $185.

To make things more complicated, if you don’t know how to do basic engine maintenance and repair yourself, you’ll also have to pay for the mechanic’s time and materials. The average repair bill for this issue is between $70 and $100. The entire cost should be in the range of $200-300.

Your engine and its components may contract slightly as a result of the nighttime low temperatures. There is a risk that the belt will become brittle and rigid. It’s a matter of elementary physics. For a brief moment, the engine will squeak. The faulty belt will self-heal and the issue will be resolved once the engine has warmed up and the components have returned to normal.

The easiest method to avoid this problem is to keep your engine protected from excessive cold. Be more careful, especially with your car’s oil. I’ll explain how to accomplish this below.

Wintertime is the ideal time to use a lower “W” motor oil. Aside from making sure your engine runs smoothly, engine oil also has the benefit of helping your engine last longer in the winter.

W stands for winter in engine oils. It’s advisable to use an engine oil with lower W numbers, such as 5W or 0W, in cold weather. This will keep your engine warm enough so that it won’t squeak every time you start it cold in the morning. It is best to use a synthetic motor oil for your vehicle.

4. Making Sure There’s Enough Oil In Your Engine 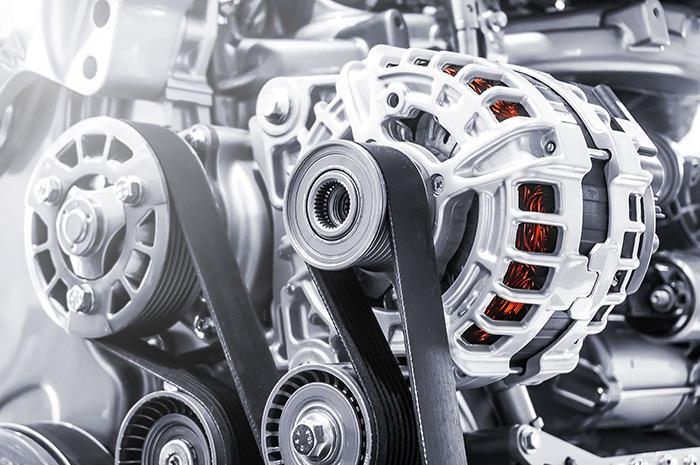 Having a low engine oil level suggests that your oil isn’t doing its job as well as it should be. Your engine won’t run smoothly if you don’t oil the moving parts and keep them warm. As a result, the squeaking sound may continue to occur. As a result, make it a habit to check your oil level on a regular basis.

Is It Ok To Drive a Car with a Squeaking Noise in the Cold?

To a limited extent, the answer is YES. Although it is possible to drive your car with squeaking noises, you will eventually need to solve this problem from the start to avoid serious damage to your vehicle.

The alternator belt is a vital part of your vehicle’s powertrain. While the engine is operating, it charges the battery. The alternator and the power steering oil pump are also connected to it. In other words, if it’s not working properly, this system’s smooth operation may be compromised.

What Can Happen If You Neglect to Take Care of the Squeaking Noises in Your Car?

Damage to your engine can happen from not paying attention to the squeaky noises in your vehicle. The alternator belt is commonly blamed for these noises since it is connected to so many important parts of your car and engine, including your power steering.

These parts may also become bad if you don’t fix them, reducing the efficiency of your engine and jeopardizing its dependability.

If your automobile makes a squeaking noise when you start it in the morning while the engine is still warm, it’s likely that your serpentine belt is damaged.

When this happens, you can remedy it by replacing your belt and the tensioner so that it doesn’t loosen and lose its normal tension. In order to avoid this issue, it is important to do regular maintenance on your vehicle.

Either you or a mechanic can fix the engine, although the latter will cost more. Although the squeaking noises coming from your engine won’t stop you from driving, failing to address the underlying issue could lead to serious engine damage. This can put your car’s normal operation in jeopardy.