In this guide to Best Electric SUV in 2022, we’ll go over the good options you can find no matter how much money you have. Most of the attention goes to the best all-electric cars, like the Tesla Model 3 or the Ford Mustang Mach E, but the all-electric SUV market has been making big steps forward.

There are still high-end cars, like the Tesla Model X, that cost more than $100,000, but in recent years, many automakers have been putting out cars that cost a lot less.

But how far have these options come, and are they worth the price?

We know that what one person thinks is the best all-electric SUV might not be the best for someone else. So, we put the best choices into a few different categories so you could choose.

Don’t forget that none of these all-electric SUVs are very big, but they all have extra storage space under the hood. There is no engine, so when you open the hood, you have a lot of room for whatever you need to bring. 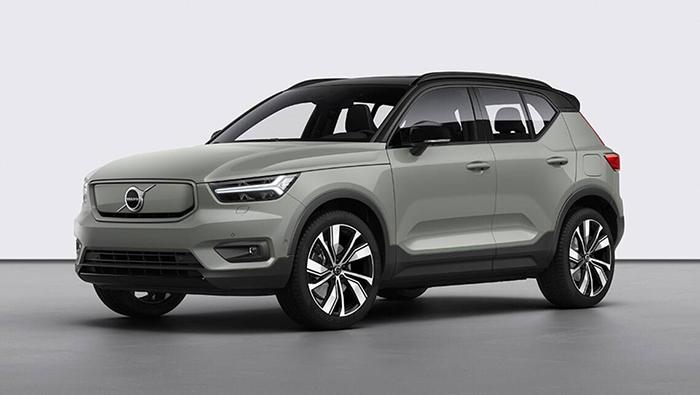 The Volvo XC40 stands out from the rest because it has good performance specs and a reasonable starting price. You can get an all-electric car delivered to you for less than $54,000, and then you can start adding all the bells and whistles you want.

Even though the range of 208 miles isn’t the best, you won’t care when you step on the gas and feel the 486 lb-ft of torque coming from the 402-horsepower engine.

Not only that, but Volvo gives the car all the bells and whistles, like a blind-spot monitoring and lane departure system, adaptive headlights, a rear-view camera, a leather steering wheel, and more.

If they could make the XC40’s range better without raising the price, it would be very close to the Tesla Model Y.

Tesla makes some of the best all-electric cars on the market, and the Model Y is their attempt at an affordable SUV. Like most of what Tesla does with its all-electric cars, this one hit the mark.

Even though it has seven seats, it costs less than the XC40, which only has five. Also, the Model Y has an impressive 376 lb-ft of torque and 384 horsepower, so you won’t have to worry about many SUVs passing you on the highway.

Even if that isn’t enough, the range is better than what any other car company can offer. The base model has a range of 326 miles, which is a lot. If you spend an extra $7000, you can get about 100 more horsepower, and the range will still be over 300 miles.

This car has a lot of features, but the one that stands out the most is the autopilot. Auto Pilot costs an extra $10,000, but it can help you find your way, change lanes, and do other things. Also, city driving will be available soon, and if you choose Auto Pilot, you’ll get the updates for free. 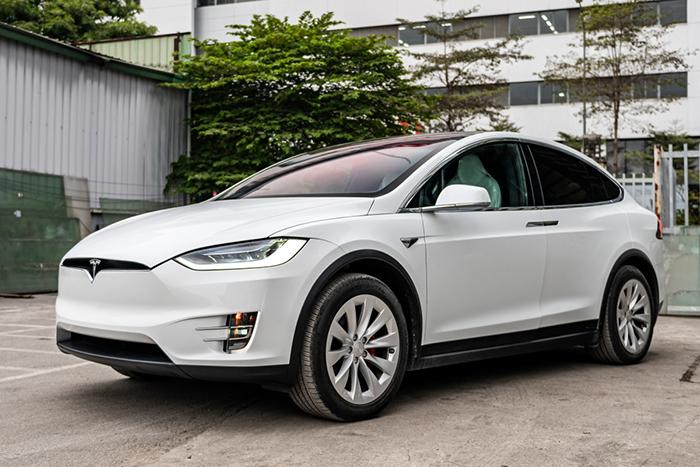 The Model Y is a great way to save money, but the Model X is the best of the best. Now, the Model X starts at just under $100,000, so you’ll have to spend a little more, but it has some great features.

The base model has an impressive 670 horsepower, but if you add the performance package, that number jumps to a mind-blowing 1,020 horsepower. And no matter which package you choose, the Model X has the best range for an electric SUV.

It is an electric luxury SUV, and it feels like one.

We are well aware that for most people, the price of the car is a very important factor. The Hyundai Kona does very well in situations like these. With a base price of less than $38,000, it’s hard to find a new SUV that costs less, especially an all-electric one.

Even though there are only five seats in the Kona and the base model only has 147 horsepower, the 258-mile range is pretty good for such a cheap car. Even though you can increase the horsepower to 195, it’s not really worth the extra cost since you won’t even reach 200 horsepower.

Even though the base model Kona doesn’t have a lot of high-end features, it does come with a rear-view camera, and the warranty is pretty good. The battery is covered for 10 years or 100,000 miles, and the whole car is covered for 5 years or 60,000 miles.

You also get free roadside help for five years, no matter how far you drive. When you think about how much you get for your money with the Kona’s lower price, you really can’t beat it.

Even though these three choices didn’t make our list of the best all-electric cars on the market, we wouldn’t feel right leaving them out. All three are great choices, and they just missed making the top of our list by a little bit. 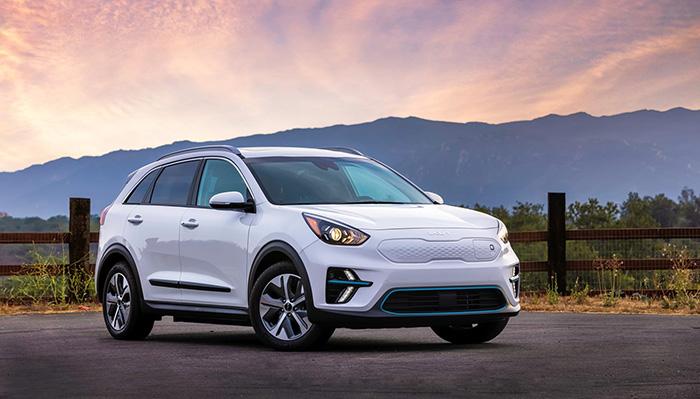 Our best budget pick was the Hyundai Kona, but the Kia Niro EV almost beat it. The base model package costs just over $2,000 more, but it gives you more than 200 horsepower, if just barely.

But the range is cut by about 20 miles. Even though that’s not a big difference, it’s a little disappointing since the SUV costs more. The base model Niro EV, like the base model Hyundai Kona, doesn’t have a lot of features, but that’s to be expected for a cheaper car.

You do get a rear-view camera with parking guidance, but most other premium features will cost you a bit more.

In the end, the Niro EV could have beaten the Hyundai Kona, but its slightly higher price, slightly lower MPGe, and shorter range meant we couldn’t recommend it for people on a tight budget.

If you want a seven-seat SUV but are on a tighter budget, the Volkswagen ID4 is a great choice. The base model of the ID4 costs about $12,000 less than the next closest seven-seater, which is a big difference.

Not only is it much cheaper, but it can still go 250 miles, which is a lot. Even though it only goes about 75 miles farther than the Model Y, the price difference isn’t that big of a deal.

So, even though we like everything we see, we can’t recommend a car that hasn’t been released yet. 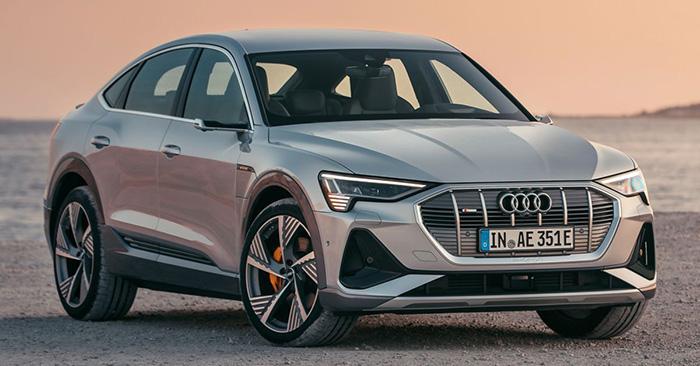 The Audi E-Tron is the last car on our list. Even though it’s not as cheap as some of the other all-electric SUVs we looked at, it has great performance specs that help make up for the price. It starts with 402 horsepower and has 414 lb-ft of torque, which is a lot.

Not only that, but even the basic model has some extra luxury features. This includes a camera in the back, a system that tells you when you’re leaving your lane, stylish double-spoke wheels, and wood inlays.

You can also add a lot of customization packages, such as adaptive cruise control, active lane assist, and a Virtual 360-degree top-view camera system.

But even though it’s a luxury SUV through and through, the 222-mile range wasn’t enough to make up for the price. You can spend $10,000 less on a car with all the same high-end features and a much longer range.

It’s a nice car, but for this much money, you can get something better.

Even though this guide isn’t too hard to understand, it’s normal to have a few questions. So, we’ve listed a few things to keep in mind here. By the end, you’ll know exactly what to look for when choosing the best all-electric SUV for you!

All-electric vehicles, on the other hand, don’t need fuel to get from A to B. Instead, they use electricity. When you look at the MPGe number, this makes sense to make some questions. Electricity doesn’t come in gallons, and you already know how far the car can go because it has a range number.

So, what the heck does MPGe stand for? MPGe can be looked at from two different points of view. You can look at it in terms of how much damage it will do to the environment or how much it will cost to charge your car.

The people who make cars decided to break this number down by comparing how “green” an all-electric car is to a regular gas-powered car. So, a car with a 100 MPGe rating will put out the same amount of greenhouse gases as a regular car that burns one gallon of fuel every 100 miles.

Obviously, this depends on where your electricity comes from. Because a car that gets its power from renewable sources like solar and wind won’t put out as many greenhouse gases as one that runs on coal.

Still, you can learn something from the MPGe rating. For many drivers, the most important thing is how much it will cost to charge. If you have two cars that can each go 250 miles, but one gets 75 MPGe and the other gets 100 MPGe, it will cost you more to charge the first car.

If you want to save money at the gas station, the last thing you want to do is put it on your electric bill. A vehicle with a higher MPGe rating can help you avoid doing that.

Just like more powerful gas-powered cars get less mileage per gallon, adding more power to an all-electric car cuts down on its overall range.

It’s why the show was so good. Teslas have a lot more power and torque than other cars, but they have less range. This is the case with a wide range of car companies.

This is also why the Audi E-Tron, which has 400 hp, has the shortest range of all the cars on our list. But if you take Tesla’s cars out of the equation, it’s tied for the most horsepower, which is a big reason why it has a shorter range.

AutoPilot and Other Notable Features

When you’re looking for a car, sometimes you care more about what’s inside the cab than what’s under the hood (figuratively speaking, of course, with electric cars!).

When looking for a daily driver, features like Tesla’s AutoPilot and Volvo’s lane departure warning system can make a big difference. We took the time to point out some of the most interesting features of each vehicle, but if you’re looking to buy one, you should definitely check out its website.

We focused on what we think are the most important features, but you might love something else that we didn’t mention.

The BMW iX, the Bollinger B1, the Byton M-Byte, and the Cadillac Lyriq are some other choices. So, keep an eye out over the next few years, because brand-new cars and trucks will be coming out.