Even though their slogan is “The Ultimate Driving Machine,” many people wonder how well BMWs do in the snow. Even with all the engineering and tuning in the world, it’s reasonable to wonder how well that works in snow.

Do BMWs do well in the snow?

All BMWs can do very well in snow if they have the right winter tyres. Models with xDrive all-wheel drive will handle better in snow and ice.

Even though a good set of winter tyres can make a BMW handle much better in the snow, they aren’t the only reason why a BMW can handle well in the snow.

Let’s look at some of the other things that can affect how well a BMW drives in the snow. 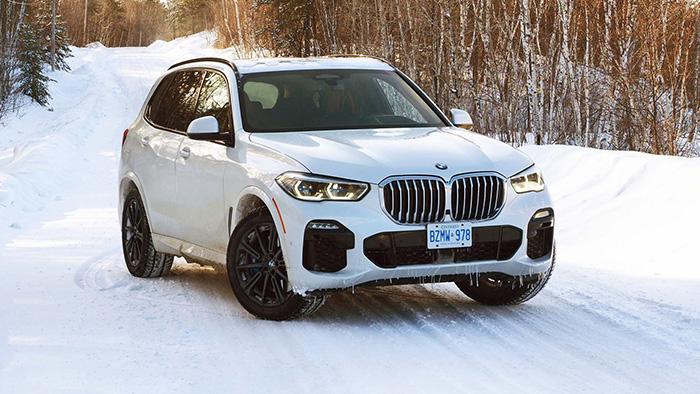 We’ve already hinted that the tyres are one of the most important parts of a BMW’s snow handling.

Let’s look at why this is the case and what else you need to think about when driving in the snow.

If the power can’t get to the ground, it doesn’t matter how good the performance is. This is why it’s so important to have the right tyres for your BMW when driving in the winter.

On dry pavement, those summer tyres are a blast, but on snowy or icy roads, you’ll have a hard time keeping your grip.

This is where winter tyres can help.

This lets the tyre keep its grip on the ground.

Winter tyres also have things like deeper treads and zigzag grooves that help them grip the road better.

Now you might be wondering if winter tyres and snow tyres are the same thing. Even though these two are similar, they are not the same.

Snow tyres are the older of the two types, and their treads were even rougher. They weren’t as good at performing on ice, though (which is also common with snow). They also didn’t have the modern improvements to materials that make rubber work in cold weather.

Almost every company now makes “winter” tyres instead of “snow” tyres. You might hear these terms used interchangeably, but now you’ll know what they mean!

Last but not least, let’s quickly talk about why all-weather tyres are a good idea. Like winter tyres, they take advantage of advances in the science of materials that make them work well in both hot and cold weather.

With these special rubber compounds, the tyre doesn’t get too hard in cold weather or too soft in warm weather. When it comes to tyre performance, you can think of them as a “jack of all trades.”

All-weather tyres can work well in many different weather conditions, but they won’t be the best choice when it’s very cold or snowy or when it’s very hot.

If your area needs it, it’s a good idea to switch to winter tyres when the weather starts to get colder.

There are always trade-offs in life.

Even though some people might not like to hear it, a driver’s skill and experience are two of the most important things when it snows.

This is important to talk about because most drivers already think they are better drivers than they really are. When you’re not used to driving in snowy or icy conditions and you’re too sure of yourself, bad things can happen.

Even with less than ideal vehicles, a skilled and experienced driver can do well in the snow.

You might ask, “Why?” Because they’ve had enough time and practise to learn how to adjust and make up for these flaws in a way that a new driver just can’t.

You can also watch the video I’ve linked to below for some quick tips on how to drive a BMW in the snow.

Just like anything else, driving is a skill. It takes time, practise, and being in different situations for a driver to learn how to handle snow and ice well. 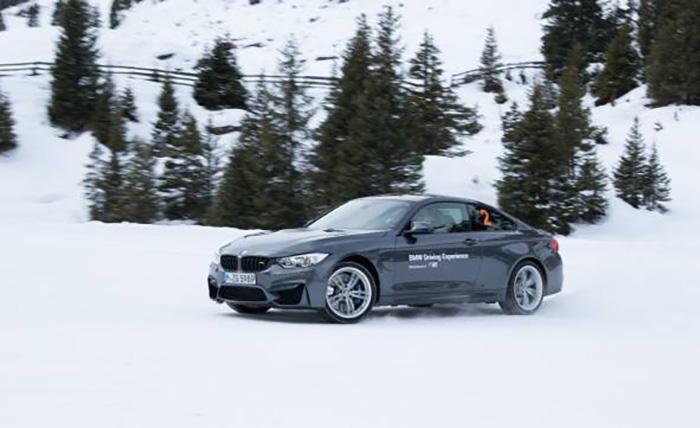 Even though BMW is slowly putting out models with front-wheel drive, most of their cars are still driven from the back.

Many front-wheel-drive cars do well in the snow because the engine is in the front of the car. This puts more weight on the tyres, which gives them more power.

This is especially helpful when climbing up hills!

Before you get upset and think about getting rid of your fast car for warm weather, there are things you can do. A good set of winter tyres is one easy fix, but there’s another one, too.

Rear-wheel drive cars can get more traction quickly by filling the trunk with sandbags or some other kind of weight.

Without going into too much detail, each of these 2-wheel drive models is more than capable in the snow when it has the right winter tyres.

If your BMW has the xDrive all-wheel-drive system, you’ll really be ahead of the game!

All-wheel drive, or “AWD” for short, sends power to all four wheels instead of just the front or back ones. When the ground is slick, this keeps all four tyres moving to give you more grip.

BMW’s all-wheel-drive system, which came out in 2003 and is still in their cars today, is called xDrive. But they also had versions of AWD as far back as the 1980s.

Even though good winter tyres are still the most important thing, a good all-wheel drive system can also do a lot to help your car keep its grip and move through the snow.

But when you combine the power of xDrive with winter tyres, you have a machine for driving in the snow.

Last but not least, it’s important to note that when the snow starts to pile up, the height of the vehicle will become important.

Now, I’m not telling you to go get a lift kit for your BMW. This is more of a piece of practical advice.

Know the limits that your BMW may have here. To keep things simple, SUVs are better if you expect to drive through a lot of snow.

In general, the more space there is, the better. But unless you live in a place that gets a lot of snow, it’s probably not a feature that will make or break your decision.