Brake Lights Not Working But Tail Lights Are Updated 01/2023

Brake Lights Not Working but Tail Lights Are

Have you ever followed a car at night that seemed to slow down, but none of its brake lights were on? When your brake lights don’t work but your rear lights do? In other situations, you may have seen a car’s rear lights show different colours when it turned or stopped. These examples show how easy it is to make a mistake when the car in front of you is just turning or stopping normally, but most drivers don’t realise it.

It reminds us all how important it is for drivers to regularly check their cars for safety issues and, in this case, make sure they can be seen at night. If your brake lights don’t work, you and your passengers, as well as other drivers and people on the street, are all in danger. But how many of us really check all of our driving lights every time before we leave?

Compared to the reverse lights, the brake lights are used a lot more. This means that if they fail, it could be very dangerous. A lot of drivers don’t think much about their cars’ driving lights. We depend a lot on the lights on our cars to let other drivers know what we’re going to do, but we rarely give them a second thought.

In this explainer, we’re putting more emphasis on warning about broken brake lights and tail lights because they pose a huge risk to drivers’ safety on the road. Other drivers might not see you slowing down, and they might not even see you at all. Also, think about what would happen if you got caught by the police and how this would affect your safety when driving in bad weather or at night.

Here are five reasons your tail lights work but your brake lights don’t: 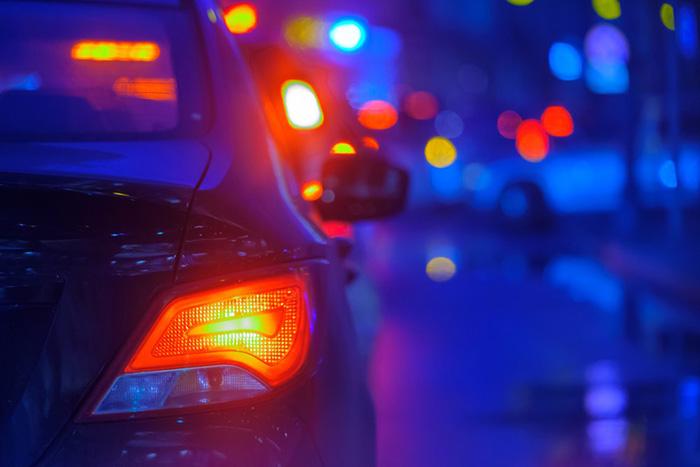 Some drivers won’t notice for a while that a bulb at the back of the car doesn’t work. That’s why we always recommend that you check your car often. When that time comes, most people will think that a broken bulb is to blame. And you’d be right to think this, since burned-out bulbs are usually the reason why your brake lights work but your tail lights don’t.

The average driver shouldn’t have a hard time figuring out if they have failed or not. You can look in the owner’s manual to find out how to change a bulb, or if you’re more confident, you can remove the screws from the tail light clusters, which are in the trunk.

Once the bulb lens is off, you can take the bulbs out by turning them counterclockwise. You can then look at the connection or see if the filament is broken, which means you’ll need a new bulb. You’ll know right away if the bulb needs to be changed because the area where the filament has blown out will look darker.

Replace it with a bulb of the same wattage and type to make sure it works and to save money by not having to buy more bulbs before you need to. Some bulbs have two filaments so that they can work as both taillights and brake lights. If you can see that one of the filaments has burned out, you need to replace it with the same kind of double filament bulb.

Checking the power distribution centre (PDC), or fuse box, is another early step you can take to figure out why your brake lights aren’t working.

Take off the cover of the fuse box and pull out the right fuse after reading where it should be. You can use needle-nose pliers or a fuse puller, which is sometimes included on the lid of the fuse box by the manufacturer. Modern fuses in clear plastic boxes have spade connectors, and a thin metal strip connects them to make the fuse element.

The next steps in figuring out why a brake light bulb isn’t working get a little more complicated. If you’re not sure how to work on your car, we recommend going to an auto shop for help. Here’s how to look into these kinds of problems so you can figure out why your brake lights still aren’t working.

To check the electrical connector on the turn signal switch, ask someone to press the brake pedal while you use a light tester to probe the wire from the back. We suggest connecting the two terminals with a small jumper wire.

Back probe the terminals to check the current going from the signal switch to the left and right turn signal lights. If the test light doesn’t come on, the problem is with the switch itself. If the tester does light up, you will probably need to replace the wire between the signal switch and the brake light switch.

Once you’ve checked that the brake light switch has ground and that the switch itself seems to work, you can also look for a bad electrical ground. At this point, it’s important to know that some car makes and models already have the switch provide ground.

There are two main things that can go wrong with an electrical ground: the wire ends could be damaged, or the wire itself could have a loose connection. To check this, use a jumper wire to connect the brake light switch to a good ground, then have someone help you press the brake pedal.

If your brake lights come on, you know that the electrical ground connection at the switch needs to be fixed. Also, check both ends of the wire for damage, corrosion, or loose connections. To take it a step further, we suggest checking the ground wires at each end where they connect to the switch to make sure they will work better in the future. 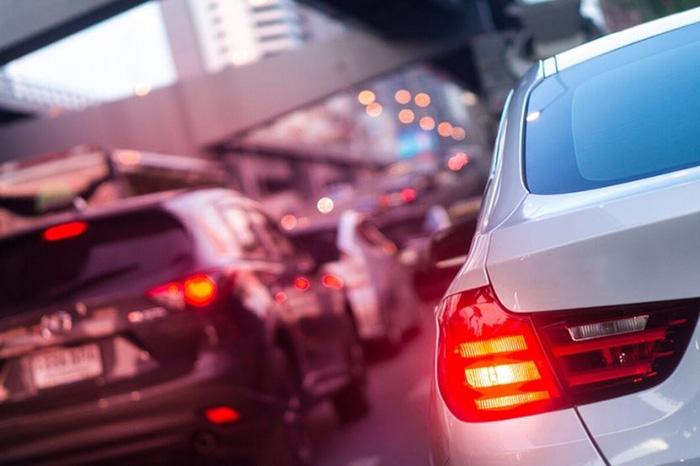 We couldn’t make a list of things to check if your brake lights aren’t working without including wiring in general. Wiring problems, such as broken wires, happen less often. Car wiring, on the other hand, is hard to work on and usually goes from the front to the back of the car.

You can also measure the voltage at both the tail light and the brake pedal switch by having someone step on the brake. If the wires leading to the brake light switch don’t show any voltage, there’s a problem with the power supply. But it’s easy to fix; if this is the problem, it’s either a wiring problem or a blown fuse.

Why Car Hood Won’t Close
Car Fan Wont Turn Off
Can You Spray Your Engine With Water
Is Motor Oil Flammable?