You’ve certainly considered some of the darker situations associated with driving a car at some point in your life, and one of the darkest scenarios would be one in which we remain unbroken while driving, especially at greater speeds in the environment. How would you react in this case, urban?

Even if it appears that the car does not brake at all when you fully press the brake pedal, it is still possible to brake a little, and in that climax, everything can be solved with a correct decision, even if the effect is only achieved for a few tenths of a second, it can make the difference between life and death, here the reaction is very important. 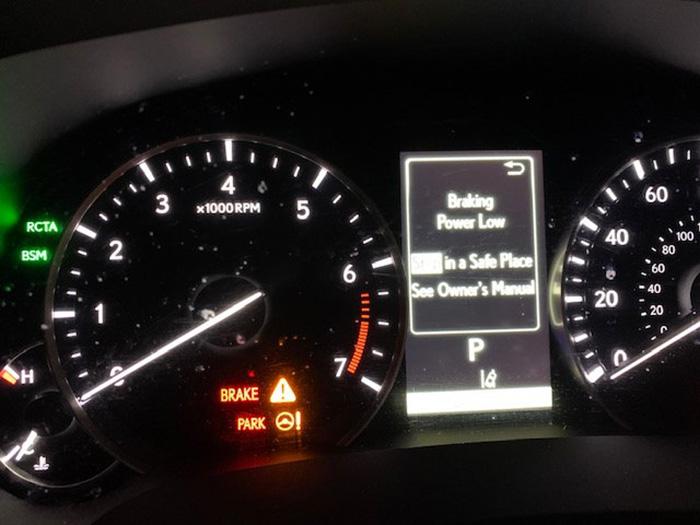 In the case of disc brakes, there is a risk that only one of the calipers will lose pressure while the other continues to operate; in this scenario, braking force will be substantially reduced but will not evaporate, allowing the automobile to stop in some safe situations.

Another cause would be a broken pipe in which the brake fluid is placed, causing significant amounts to be lost; air bubbles will enter the system, causing it to overheat and fail.

The ABS (anti-lock braking system) is a system for vehicles that prevents the wheels from locking while braking, and it can mean the difference between life and death in critical moments, within the boundaries of physics.

If your vehicle lacks this safety system, which became obligatory with vehicle modernization many years ago, try pressing several times to simulate an ABS, so that you do not entirely lock the wheels and have a more efficient brake than in the case of locked wheels.

Thus, even if you do not feel any obvious result, hit the brake pedal anyway, because in moments of fear, you do not understand what is happening to you, ideally to calm down and take control of the situation.

The environment is a very essential component. To calm yourself, try to relax and take a deep breath.

In the event of a bad scenario, if you are in the city, try to go to locations that are as isolated and less populous as possible, and if you are lucky enough to have a hill in front of you, this will considerably assist you lower your speed.

Are there other ways to brake if the braking system does not respond at all?

In the case of a manual transmission, you can downgrade in a step that will take the engine in the limitation, here I mean speeds approaching the red line, so you can jump even 2 3 steps back (depending on the speed developed at the time) in conditions of maximum urgency, recommended being to avoid downgrading in the first gear, eventually to use it if you really have no choice, ideally to have a speed of less than 10 kilometers per hour ( 6 miles/h) when using

The benefit of a revving engine in the handbrake is exercised in extremely high braking power.

On an automatic transmission, it is much the same thing; on sequential transmissions, it is even simpler; in this instance, you can switch the gearbox to manual or sports mode, as the case may be, and downgrade as much as you can. In the case of older automatic gearboxes, when the sign D is followed by the numbers 3, 2, 1, try to use them until you reach the first step, step 1.

Even if we have an electric hand brake, we can use the emergency brake if the foot brake does not work.

What do you do if none of the methods listed above work for you, or you have inefficient braking?

Prepare for the worst-case scenario and choose the least evil option. If you live in the suburbs and have hills nearby, you can try to use them to help you brake faster, or you can run on the side of the road until the car stops on its own, pulling over or running in the emergency lane until the automobile tends to stop.

However, we hope you will never be in such a circumstance, and remember to inspect the car on a regular basis.

How to perform an emergency stop if your brakes do not work? 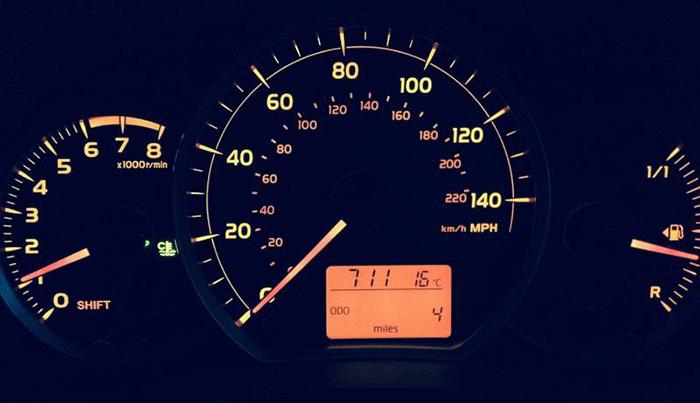 Any motorist should be aware of the safest technique to stop a vehicle if the brakes fail. It is useful to understand how to operate the brake system at the engine level.

One thing that every driver should know is how to stop the emergency vehicle when the scenario calls for it. This is vital because there are situations over which we have no control and in which we must stop safely.

If your brakes fail, you should know what steps to take. This is one of the most terrifying scenarios a motorist can encounter.

It is also a very dangerous event, and how it is handled can mean the difference between life and death. Keeping cool and knowing what procedures to take are critical not just for our own safety, but also for the protection of other road users.

1. Put the car in a lower gear

First and foremost, it is best to decelerate the car as rapidly as possible. This measure is applicable to both automatic and manual gearbox vehicles.

If the vehicle has a manual transmission, it is best to drive in a lower gear to avoid accidents. It is not wise to turn off the engine fully since you will lose control of the steering wheel. It is also not recommended to put the automobile in neutral, as this would prohibit you from completing the braking process.

2. Do not press the gas pedal.

Drivers in stressful conditions sometimes react improperly, despite what appears to be sensible behavior. It is best to resist the urge to accelerate because doing so will just make matters worse.

If you do this, you have a good probability of completely stopping the car. If that doesn’t happen, you’ll at least be able to slow down. Depending on the vehicle, emergency braking has varied features. As a result, knowing your vehicle well is recommended in order to anticipate its response in an emergency.

4. Pull over as soon as possible.

It is best to avoid obstructing traffic and exposing oneself to unnecessary risks by doing so. It is best to use the emergency lane or any area along the road.

5. Let the other traffic participants know that you have a problem.

It is recommended that you activate the danger warning lights and potentially use the horn. Those around you should be aware that you have a problem so that they can proceed safely.

6. Try to use a safe method to stop the car.

In the best-case scenario, you will be able to reduce the running speed sufficiently to allow you to stop the car naturally by progressively lowering the speed.

If it is possible to hit something despite the fact that all access roads are closed, it is best to aim for an object with a low resistance. It is preferable, for example, to point to a property fence rather than come into direct contact with a large tree.

What Does A Downstream O2 Sensor Do
How Long Will A Car Inspection Take
Car Key Stuck - How To Get The Key Out?
How Big Is Inside The Chrysler Pacifica Interior?