There is no place for air bubbles in a liquid cooling system. However, air might get into the cooling system from time to time. There could be a number of things going on here.

How Does The Cooling System Work? 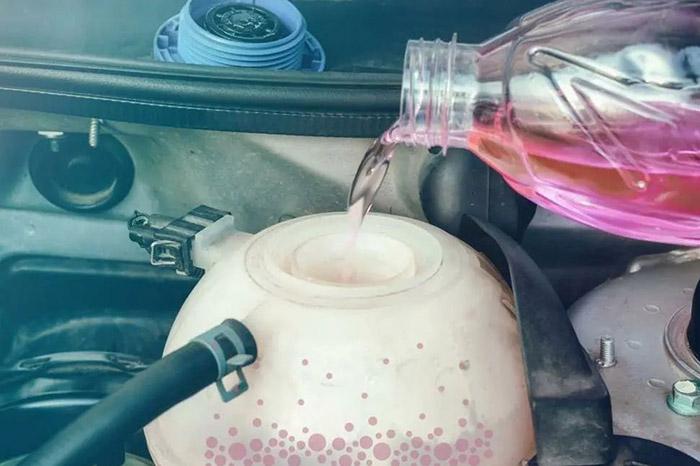 The cooling system’s core is here. Then there’s a thermostat that keeps the coolant from boiling or freezing.

A never-ending cycle of sending coolant to the engine to pick up heat, passing it through the radiator to cool it down, and returning to the engine to do the same is created by these components. Every time you get behind the wheel of your car, you’re part of this cycle.

How Do Bubbles Emerge In The Coolant Reservoir?

The coolant reservoir is filled with air bubbles. Closed hose systems in many vehicle cooling systems are pressurized and allow coolant to circulate all over the engine. Air sacs are generated when air enters this sealed structure.

As a result of the air pockets obstructing fluid flow, the temperature rises. As a result, the tank’s coolant will boil.

The coolant’s boiling point is raised by maintaining a high level of air pressure in the reservoir tank and the tubes.

As a result, if the engine gasket or any of the coolant tubes cracks, air pressure will escape, lowering the coolant’s boiling point. While driving, you’ll witness white smoke billowing from the engine as a result of this issue right away.

If the engine gasket ruptures or if the pressure cap fails, the consequences could be fatal. The coolant will boil and the engine will overheat quickly if there is a leak in the coolant reservoir and tubes.

In your coolant reservoir, you may notice a variety of bubbles. While none of these are definitely good news, you will be one step closer to the cause if you are able to discern between them.

You may see a variety of air bubbles in your coolant.

Coolants without air bubbles function better in automotive coolers because they absorb heat more quickly than coolants with air bubbles, which helps keep the engine from overheating.

Even when the engine isn’t particularly hot, bubbles can be seen in the expansion tank. However, when these bubbles arrive in the coolant, it could be a sign that the head gasket has leaking. When the engine is off, use a cylinder leak tester to check for a faulty head gasket.

When the combustion products enter the cooling system, air bubbles must be eliminated. Your vehicle could be stranded if the head gasket is not repaired.

If you’re having trouble figuring out whether or not you have a leak, smell the air for something delicious. There are several possible explanations for the fragrance.

Antifreeze has a delicious odor and taste, which is why it is so crucial to keep it out of the reach of animals and small children.

It’s possible that the antifreeze in the coolant has leaked if you notice this stench coming from the engine.

How Does Air Get Into The System And How Do You Fix It? 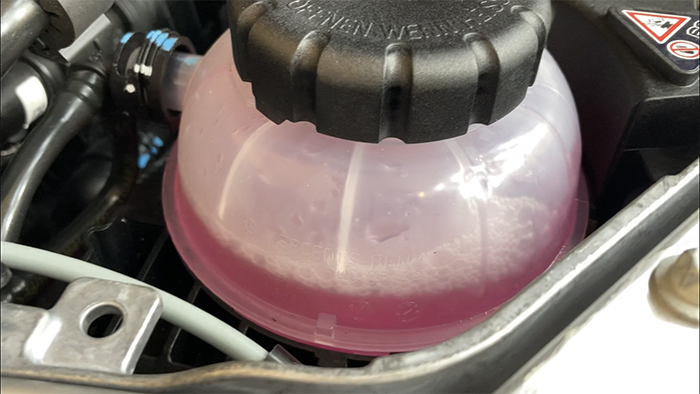 It is possible to have bubbles in the coolant for a variety of reasons if you are unaware of what they mean. Some of the components below are known to leak air because of their flaws.

Air pressure from the coolant tubes and reservoir tank will flood out, resulting in a rapid drop in the boiling point of coolant. As a result, the coolant will begin to boil. The engine will begin to overheat in a matter of seconds.

If the head gasket fails, you must stop the vehicle immediately to avoid further damage to the engine.

When this is going to happen, there are a few things to keep an eye out for. Even though it’s difficult to see, the engine overheats.

Bubbles should be visible in the coolant at this point. Check for this once the car has come to a complete stop. In addition, you should be able to see exhaust fumes and engine fumes rising from the hood’s margins.

When gas from the combustion process enters the cooling system via a leaking cylinder head gasket, the leak must be fixed. Take your car to a mechanic to have the leak fixed. If you want to save money, you can use some leak repair fluid to remedy the problem.

Choosing not to remedy the problem could result in long-term engine damage. This would lead to engine failure in the long run.

Afterwards, a pressure cap is attached to the cooling system. Caps on cooling systems are critical because they keep coolant flowing and keep the pressure in the system stable. It could lead to disastrous occurrences if the cap is defective or is replaced with a cap that is not suitable with your vehicle.

To be certain that this is the source of the leak, you may be able to identify a few signs. Check the pressure cap for bubbles first. An issue with the pressure cap could lead to such an issue. Overheating could be a sign of a problem.

When coolant or antifreeze circulates in the engine, air pockets on the radiator might become clogged. Coolant flushes have been known to cause this. Adding too much coolant, but not enough to eliminate any remaining air, might result in air pockets in the system.

Radiator damage and overheating are also possible outcomes of this condition, which manifests as bubbling inside the radiator at a higher operating temperature.

This is a simple problem to solve. Once the radiator has been bled of any remaining air, just start the engine and secure the pressure cap. Also, remember to do this when you replenish your radiator, which is considerably easier.

Here are some of the most frequently asked questions about coolant bubbles.

How Does A Bad Water Pump Cause Bubbles In The Coolant Reservoir?

The coolant can’t get to the radiator if the pump isn’t working. To begin with, the engine’s internal components are overheating due to a lack of coolant. A second problem is caused by an undercooled engine that results in overheating and bubbles in the coolant tank.

How Does A Bad Thermostat Cause Overheating?

A wide range of alternatives exists if you’re trying to figure out what bubbles in the coolant reservoir signify. Maybe a loose cap is all that is needed to have it fixed. A blown head gasket, on the other hand, would be devastating.

After getting out of the automobile, the coolant tank may begin to boil. The coolant will look to have bubbles in it. Most people who own a car make this oversight.

As a result, you should not jump to the conclusion that your cooling system is malfunctioning. Wait till your automobile has cooled down before diagnosing it.

If this isn’t the case, the next step would be to perform a flush. I am hoping that this will eliminate any air bubbles.

An unresolved issue may indicate that a cooling system component has failed. As a result, you’ll have to take your vehicle to a mechanic to be diagnosed and, if necessary, repaired.

Do not disregard the symptoms of a problem with your vehicle, as you would with any other car repair. There is a chance that a simple $100 repair might grow into a bill for thousands of dollars.