Whether you’re expecting a baby or just taking the grandkids for the weekend, you should make sure the back seat is safe for your kids. And the first step is to follow the California laws about car seats.

If you think about how you were when you were young, you probably aren’t doing enough to follow the rules and keep your kids safe. The laws about car seats in California have changed along with the times.

Why Are Car Seats Mandatory?

You used to be able to keep your kids safe in the car however you wanted. But the problem was that even though science proved that kids were safer in car seats, many parents didn’t use them.

So, the state stepped in to make sure parents were doing what was safe for their kids, and the California Car Seat Laws were also made.

Here comes the tried-and-true, but wrong, argument, “Well, we made it through childhood, didn’t we?” Yes, you did, but some other people did not.

So, before we talk about the car seat laws in California, let’s talk about why car seats are required. Because they help people. 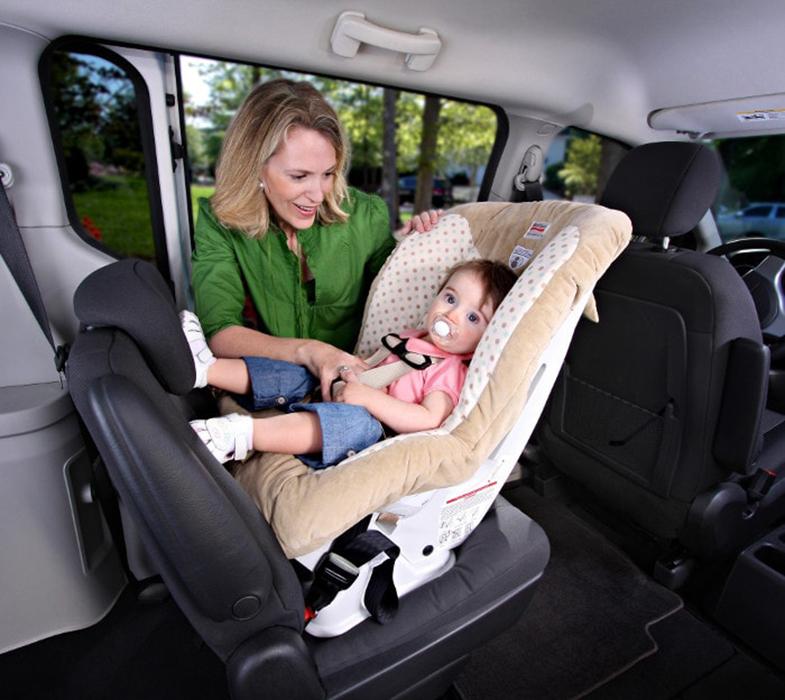 There is an end date on every car seat. Usually, a car seat is no longer safe to use between six and ten years after it was made. This information is stamped right on the car seat, so it’s very easy to find.

The simple answer to why car seats wear out is that the plastic parts in them break down. You put your child’s car seat in your car, where it is exposed to hot and cold temperatures, food and drinks, and the weight of your child.

Don’t risk your child’s safety by using a car seat that has passed its expiration date.

Even though you shouldn’t use an old car seat, it’s not against the law in California to do so.

It depends. If your children are close in age, you can use the same car seat for them as long as it hasn’t passed its expiration date. But this is never a good idea if you want to buy a used car seat from someone you don’t know.

Because, unless you know the person, you don’t know the car seat’s full history. If a car seat was in a car that was in an accident, or if it was put in the hold of an aeroplane as luggage, it is no longer safe.

Worse yet, you probably won’t realise it’s broken until it’s too late. If small cracks form on the inside of the plastic, it will affect how safe the car seat is, but you won’t notice them until the car seat fails in an accident.

California Car Seat Laws for Children Under the Age of 2

In California, a child under two must be in a car seat that faces the back. Only kids who are over 40 pounds or over 40 inches tall can’t ride backwards in a car seat before they turn two.

This is because rear-facing car seats are five times safer for babies and young children.

In California, it is required that children under the age of two sit in rear-facing car seats, and an active airbag cannot be in front of a rear-facing car seat. When an airbag goes off, it has enough force to hurt a car seat and the child who is sitting in it.

When Can I Move My Child to a Forward-Facing Car Seat? 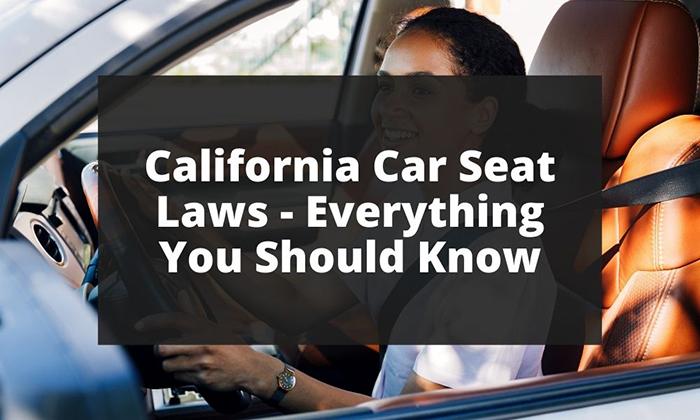 In California, it is legal to switch your child to a forward-facing car seat if they meet one of these three criteria:

They are older than two years.

They weigh more than 40 pounds.

They are taller than 40 inches.

In fact, many of these safety groups suggest that you buy a different rear-facing car seat once your child outgrows the infant carrier so that they can stay rear-facing for longer.

When Can I Move My Child to a Booster Seat?

When your child is too big for a front-facing car seat, you should think about getting a booster seat. Even though the California Car Seat Laws don’t say when you have to switch your child to a booster seat after they turn two, all children must meet the manufacturer’s guidelines for the car seat they are in.

Safe Motorist says that most forward-facing car seats are for kids who weigh between 40 and 65 pounds. Also, you should try to keep your child in a car seat with the front facing out as long as you can. A five-point harness is used in front-facing car seats.

These harnesses spread the force of an impact over your child’s body, protecting them better than a regular seatbelt.

When looking for a booster seat, you’ll see two main kinds: high-back booster seats and booster seats without backs. But what’s the difference, and how do you know which one you need?

The two biggest differences are the head control and where the seatbelts are.

High-back boosters give more support for the head and, therefore, more control over the head than boosters without backs. Many booster seats with a high back have built-in side supports for the head. Not only do these offer more support and safety, but they are also usually more comfortable, especially if your child is on the smaller side.

This makes it much more comfortable for your child to ride in the car, and it also makes their car seat much safer. Your child’s seat belt should go around their ribcage, which is the part of their body that can handle a crash the best.

Now, as your child gets older and a little bigger, it’s less likely that their seatbelt will ride up against their neck, even if they’re in a backless booster.

Which One Do I Need?

The truth is that there are no rules that say you have to get a booster with a high back or one without a back. High-backed booster seats give your child a little more comfort and safety, but they also cost more.

A high-backed booster usually has a maximum height as well. No matter what kind of car seat you buy, make sure it fits your child well.

When Can I Take My Child Out of a Car Seat?

In California, you can take your child out of their booster seat when they meet one of two conditions:

They have turned eight.

However, the height requirement is more important than the other one. Even if your child is older than 8 and shorter than 4’9″, the seatbelt they are wearing won’t fit them right.

Even 30 years ago, no one could have imagined that there would be as many car seat laws as there are today. But laws like the California Car Seat Laws save lives, even if they seem hard to understand. With a little time and research, you can make sure you’re following all of California’s car seat laws and keeping your children or grandchildren safer at the same time.

If you still want to know more about California’s car seat laws after reading this summary, the California Highway Patrol has put together this handout.