Since 1999, California has had laws about how to tint windows.

They have been changed a few times over the years, with the most recent update in 2018.

So, what are the laws in California about window tint?

Before you tint your windows, you’ll need to know a few other rules and regulations in addition to the tint allowances.

You’ll soon see the light as we go over everything you need to know about California’s window tint laws and answer the question everyone wants to know: “Can you get pulled over for tint in California?” 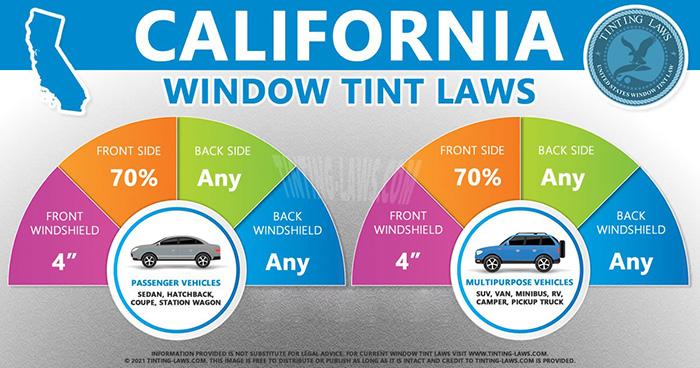 People who don’t like window tint laws say they violate people’s right to privacy, while people who do like them say they make our roads and communities safer.

California has a law about window tinting because:

There is evidence that tinted windows can make it hard for the driver to see and lead to serious or even fatal accidents.

Abductors, kidnappers, and people who steal cars can hide behind tinted windows.

Tinted windows can hide a driver’s identity from security or red-light cameras and keep them safe if they are doing something illegal.

VLT is a measure of how much visible light can get through a window.

There are different VLT rules in each state.

If the VLT number is higher, it means that more light can get through.

What are California’s VLT restrictions? 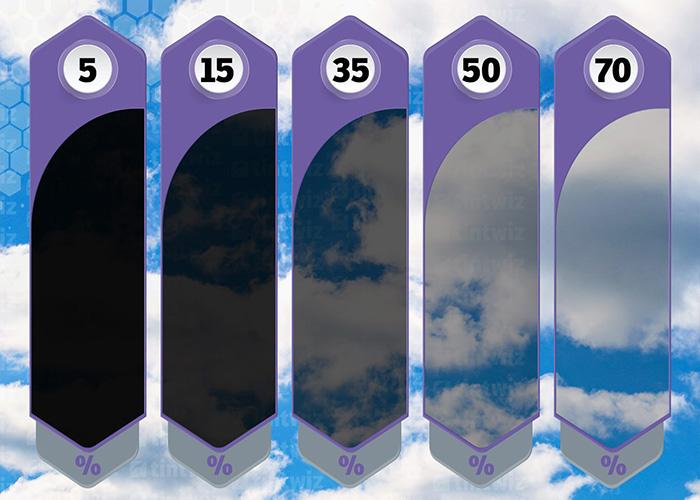 In California, there are two types of vehicles: passenger vehicles and vehicles that can be used for more than one thing.

In some states, the VLT for these two types of vehicles may be different, but in California, the rules and regulations are the same for both.

Here are the rules for VLT that apply to each car window:

Front Windshield: On the top 4 inches of the windshield, you can only use non-reflective.

You can use any dark tint on the back seat side windows.

You can use any dark tint on the back window.

**It’s important to remember that if you tint your back window, you have to install two side mirrors by law.

In line with the laws mentioned above about the VLT percentage, you must do the following:

Even though most tint colours are allowed in California, red, amber, and blue tint are not. It is also against the law to tint your side windows with any colour.

If a company wants to sell film in California, it must be certified. The name and address of the tint manufacturer must be on the driver’s tint certificate, which they must have with them at all times by law.

State law says that the installation company has to give you a sticker or a certificate.

Stickers, decorations, or torn tint that can block the driver’s view are not allowed on the front side windows in California.

One of the most recent changes to California’s window tint law was a change that lets people with medical conditions get out of it.

Some drivers need to protect their skin or eyes from the sun’s strong UV rays because they are sick.

With a signed document from a licenced dermatologist, optometrist, or doctor, these drivers can ask for permission to use a darker tint on their windows.

But these tints are only legal during the day, so your car is useless when it gets dark.

Another rule is that drivers who need UV protection can only cover their windshields with clear, non-colored materials.

To get their certification, drivers must fill out the Window Tint Exemption Application Form.

Once you are certified, keep your certification with you at all times in the car.

Can You Get Pulled Over for Tint in California?

The state police in California can stop any car they think might be breaking the law on window tinting and check it out. They are pretty strict about this.

Whether you have a car, truck, or van, it doesn’t matter. The same rules apply to vehicles that can be used for more than one thing.

People who break the law for the first time may get a “fix-it” ticket, which means they have to take off the illegal tint.

If that doesn’t happen and they pull you over again, you could get a $25 fine and another order to take the tint off your windows.

The police can also charge people who break the law more than once with a violation that can lead to a fine of almost $200.

You won’t get any points on your record with the DMV.

But if the police stop you because your window tints are too dark, they are not allowed to search your car.

Police need a good reason to stop someone, and tinted windows don’t fit that bill.

You should tint your windows for more than one good reason.

Some of these benefits are better protection from UV rays, less danger from blinding sunlight, and longer life for the inside of your car.

To legally get the benefits of window tint in California, you must follow the state’s rules and laws.

California’s driving laws are always being changed and updated. If you don’t know what the most recent laws are, you can go to your local Department of Motor Vehicles office, visit the State of California DMV website, or talk to your local police department.

What Happens If Your Car Gets Towed And You Don't Pick It Up
Honda Type 2 Coolant Vs. Prestone Coolant: Which One To Use?
Can You Get Pulled Over For Tinted Windows In Ohio?
Types Of Engine Systems