What Is A Camshaft Position Sensor? Updated 09/2022

The engine management system of a car has a part called a camshaft position sensor. As its name suggests, the sensor’s job is to keep track of where the camshaft is in relation to the crankshaft. This lets the onboard computer know which cylinder is on its power stroke in the sequence of combustion.

The computer uses data from the cam position sensor and other sensors to figure out when things should happen. Timings change based on how hard the engine is working and how fast it is going, so the onboard computer sometimes has to change the timings. By lighting the mixture of air and fuel at certain points in the combustion cycle, the engine will run smoothly and efficiently. 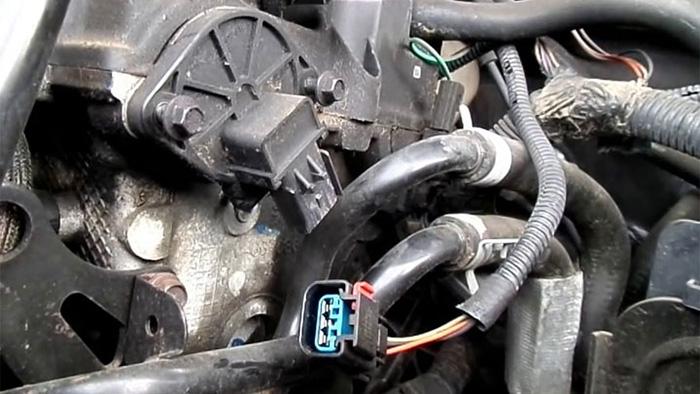 The timing system of the engine includes the camshaft sensor. If the sensor is broken, it will change how the engine works and how it acts. When there are problems with the sensors, the engine will misfire, backfire, or lose power. If the cam sensors are bad, the Check Engine light will come on, and the car’s computer will put the car into fail-safe mode.

Bad cam sensors are a sign of an engine that won’t start. If the sensor is worn, it might not tell the computer that the camshaft is in the right place. This makes the computer figure out timings based on information from the sensor that isn’t correct. The computer will then send signals to the injectors and ignition coils that aren’t optimised for timing. This will cause the engine to misfire.

Another sign that the camshaft sensor is broken is that the engine is hard to start or stops running. If the sensor sends bad information, the computer will change the timings without reason. If the sensors are bad, the valves will also open too soon or too late. This doesn’t give the engine the right amount of air it needs for good combustion, which makes the engine less powerful.

The “limp mode” is a fail-safe safety feature that comes with most new cars. If the car’s computer finds a problem in the engine, like a broken camshaft sensor, it turns on the feature. When the vehicle is in limp mode, you won’t be able to move it into a higher gear than second to speed it up.

What causes camshaft sensors to fail?

Camshaft position sensors can fail because of normal wear and tear or because they were damaged by something mechanical. The dirt, vibrations, and heat in the engine compartment can easily damage the sensors.

Most of the time, the cam position sensor is put on the cylinder head of the engine. If the seals and gaskets are broken, coolant and oil could leak into the sensor. As with any electronic device, oil, water, and rust can short out the sensor’s circuitry.

Camshaft sensor failure can also be caused by too much heat. When heat builds up in the engine, the metal parts of the sensor may expand. This will make it harder for the sensor to send the computer the right information.

How much does it cost to replace the camshaft sensor? 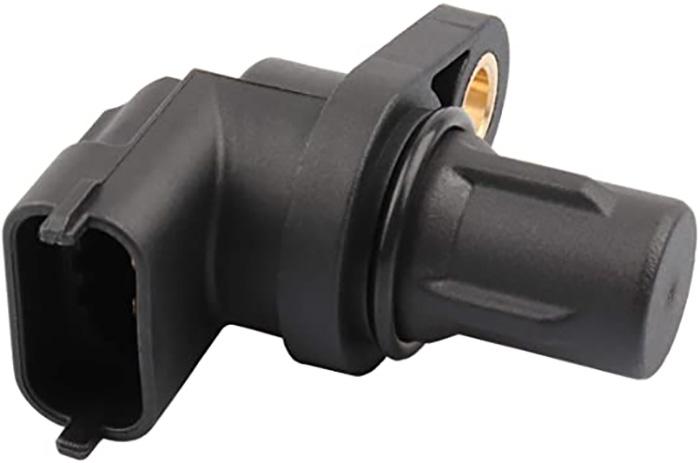 Keep in mind that dealerships charge more than independent mechanics. Taxes and other fees will still have to be paid for the service, no matter what.

Can you replace the sensor yourself?

It is easy to change the sensor, and you can do it yourself. By going this way, you can save around $100 just on labour. Check out this video from Scotty Kilmer to learn how to swap out your broken sensor.

When you buy a replacement sensor, make sure it works with your engine. Buying an identical sensor also makes it less likely that there will be problems with compatibility. It takes about 30 minutes to replace a sensor. This includes taking it out, putting it back in, and testing it.

How to replace a faulty cam position sensor?

Follow these easy steps if you want to change the sensor yourself:

You should park your car on a flat, even surface.

Take the black negative battery cable off its terminal on the battery.

Find the camshaft position sensor near the cylinder head of the engine. Check your manual if you are having trouble.

Pull the plug out of the sensor’s connector.

Take the sensor off the top of the engine. Most of the time, bolts hold the sensors in place.

Put in the new position sensor for the cam.

Put the sensor connector back in place.

Reconnect the black cable from the battery to its terminal.

Start the car and look at the dashboard to see if the “Check Engine” light is on.

Take your car for a test drive if the Check Engine light is not on.

If the engine works well, then the replacement was a success!

Is it safe to drive with a bad cam position sensor?

NO, is the short answer. Driving with a broken camshaft sensor is very dangerous and could cause your engine to break down even more. Losing engine power on the freeway is dangerous because of how many cars are on the road and how fast they are going. When you lose power all of a sudden, you might get hit from behind by another car.

You can still drive the car, even though it’s in limp mode, as we’ve already talked about. Don’t try to drive the car for longer than you have to. If you don’t fix a bad camshaft sensor, it can do a lot of damage to the engine. The parts of an engine are made to work together. If the cam position sensor is broken, the ignition and fuel delivery systems will not work as well as they should.

If your car has any of the signs or symptoms of a worn cam sensor, get it fixed right away or replace the sensor yourself.

How do you test a lousy camshaft sensor?

If you don’t have an OBD2 scanner, first look at the sensor to see if it’s broken. Check the sensor for things like loose connections, dirt, debris, cracks, and other flaws. If there is no damage to the sensor that you can see, there may be a problem with its circuit.

Bad camshaft sensors are easy to test. All you need is a multimeter tester. Most modern cars use either a magnetic sensor or a Hall-effect sensor on the camshaft. The sensors are tested in place with the engine running and with the key in the ignition.

To test the Hall-effect sensor, touch the ground wire with the black multimeter probe. Then, hook up the red probe to the sensor’s signal wire. The voltage going through the device must be between the limits set by the manufacturer. If the voltage reading is lower than what is expected or there is no signal at all, the sensor is broken.

To check magnetic sensors, touch the black probe of the multimeter to any ground point (i.e., engine block, cylinder head cover, engine bolts, etc.). Then, hook up the red probe to any of the sensor’s signal wires. If the voltage reading is outside of the range given, the sensor is broken.

Your engine runs smoothly and well when the camshaft position sensor works. Fix broken sensors right away to keep your engine from breaking down. Since it’s easy to change the sensor, the best way to save money is to do it yourself.