The case of a car battery is made of polypropylene resin, which keeps water out. This means that a car battery can get wet. But if you take your car battery out and leave it in the rain, water is more likely to damage the terminals and lid where you would normally add water.

So, even though your battery can handle some water, it shouldn’t be completely submerged in water. Read on to find out more about what water does to a car battery.

Is It Okay For My Car Battery To Get Wet? 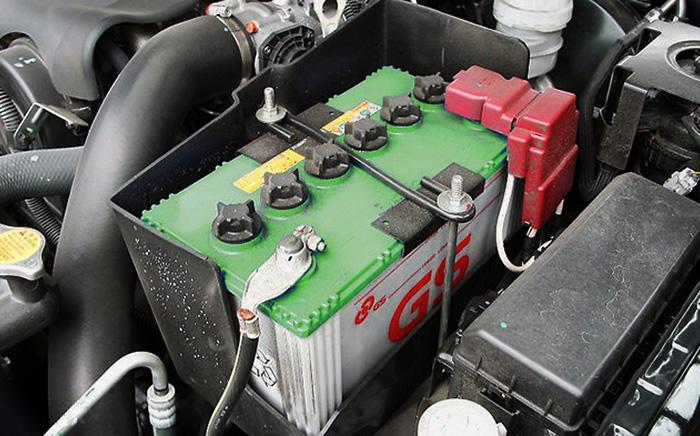 Most of the time, the answer is yes, but that’s not always the case. There are other things to think about, but you should know that jump-starting your car in the rain is usually safe.

This is because metal conducts electricity better than pure water. The metal leads you use to connect to the terminals are safe to use whether it’s raining or not.

You can also safely charge your car battery and put in a new battery while it’s raining. But your car battery charger might not be waterproof, so it might be important to keep that covered.

The heart of your car and the main thing that starts it is the battery. For a car to work well, you have to make sure it is safe and in good shape. The worst thing water can do to your car battery is make the terminals corrode and rust. But even if that happens, it won’t short out the battery.

The Anatomy Of Your Car Battery

Many people do not know or understand how their car’s battery works. And most of the time, when they lift the hood, they don’t even know where it is. Some people worry about getting their batteries wet because of this.

Some parts of an engine are more likely to be damaged by water than others, so it’s important to know what you’re looking for!

In this section, I’ll talk about each main part and how it mostly works.

The rectangular box in the front is where the battery is. You should start by learning about the terminals. These two knobs are on the top of the box that connects the battery to the electrical system of the car.

If you wanted to jump-start your car, you would hook up the clamps here. They are made of lead to keep them from rusting or corroding.

Inside the box is the sulfuric acid and water that make up the battery acid. There are two battery plates: one that is negative and one that is positive. A battery separator keeps the two batteries apart and lets electricity flow well between them.

The case keeps everything together and makes the battery last longer. This keeps water out of the battery and makes it resistant to water. The last thing you need to know is that the battery lid is also made of polypropylene resin and is sealed to the case. (Source)

When you put your key in the ignition and turn it, the car battery gets a signal to turn chemical energy into electrical energy. The voltage is then sent to the starter, which starts the engine. Then, the battery keeps the current from changing.

What Happens When My Car Battery Gets Wet? 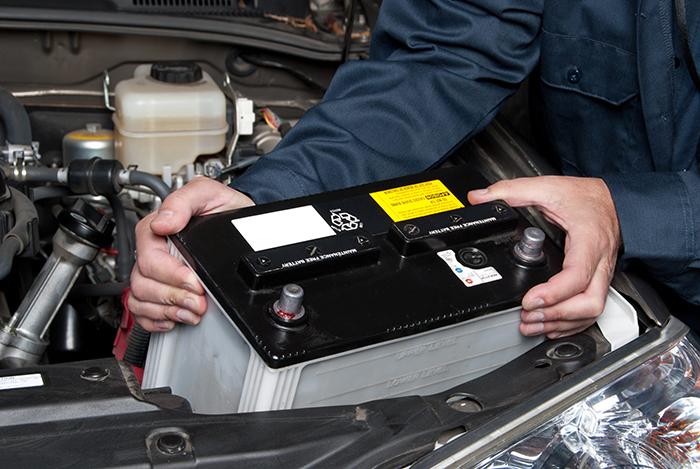 Most of the time, if your battery gets wet, nothing bad will happen. Your car battery is made to keep water out, so nothing should be able to get inside.

Car batteries come in two different kinds. There are two kinds of car batteries: sealed and vented. Car batteries that are sealed will not let anything in. A vented car battery lets things get out, but nothing should be able to get in all the way because of a rubber membrane. Except if you open the top.

A vented car battery might be more likely to let water in, but that doesn’t happen very often. Overall, water probably won’t do anything to your battery. When it’s raining or you’re driving through puddles, you don’t have to worry about much.

If the sealant works well and keeps any water from getting in, the battery will continue to work just fine.

But if water got in while it was submerged, the acid from the battery would be diluted.

You can try to replace the electrolyte, which is the acid in the battery, or you can just replace the whole battery if you don’t want to mess with it.

Your battery may be dead for other reasons that have nothing to do with heavy rain or being submerged in water. Most of the time, people leave their headlights and interior lights on while the car is stopped.

Also, the battery gets charged when the car runs, so if you haven’t used your car in a while, that could kill the battery. If this is the case, your car probably just needs a boost.

Your battery might need to be replaced if the check engine light is on, if the engine is hard to start, if it smells bad, which could mean it has a lot of corrosion, or if it is old. A battery can last for up to four years on average.

Overall, water will not kill your car’s battery. The lid and case were made to keep water out, and the terminals were made of lead to stop corrosion as much as possible. Your car’s battery is very strong and can stand up to a lot of water.

Make sure to keep the battery in a dry place if you take it out, and clean the terminals often to stop corrosion from happening. Don’t worry about how to take care of your car battery when it’s raining, because it won’t be affected.