Can A Car Run Without A Catalytic Converter Updated 02/2023

A catalytic converter, also known as a catalyst, is a portion of the car’s exhaust system specially developed to reduce the pollutants and hazardous substances from the air fuel mixture combustion.

You can still drive without a catalytic converter, but the car will have increased emission of dangerous gases, be non compliance with environmental requirements, foul smell due of gases in the interior, increased noise from the car, and the probability of exhaust system failure.

The catalyst is monitored by one or two oxygen sensors or lambda probes, depending on the readings from which the ECU (Electronic Control Unit) regulates the proportions of the air fuel mixture. In general, its role is to try to make the environment less polluted.

Read more about the role of the catalytic converter

Why do drivers want to remove the catalytic converter? 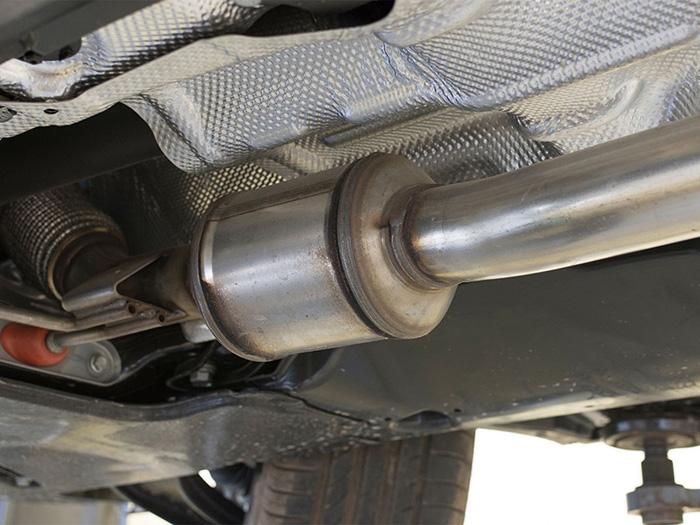 Removing the catalytic converter is not a legal practice in most countries. This comprises of taking off the component totally or knocking out its filling. This is done for numerous reasons, but the consequence is always the same, the car discharges exhaust gases into the environment without any reduction in toxicity.

It is also claimed that the removal of the catalyst can reduce fuel and engine oil consumption, and even enhance engine power, although this is not true. It is not a good and cheap form of tuning.

Under optimum conditions, the catalytic converter is completely capable of working 120. 000 to 170. 000 kilometers, or 74. 000 to 100. 000 miles. After that, issues will commence. In particular, the engine power will diminish, the fuel consumption will progressively increase, the idle speed may float, and so on.

In this instance, resorting to hunting for a used catalyst from a car junkyard is not suggested. As well as getting an aftermarket one or a cheap knockoff instead of the original.

The advantages and disadvantages of removing the catalytic converter 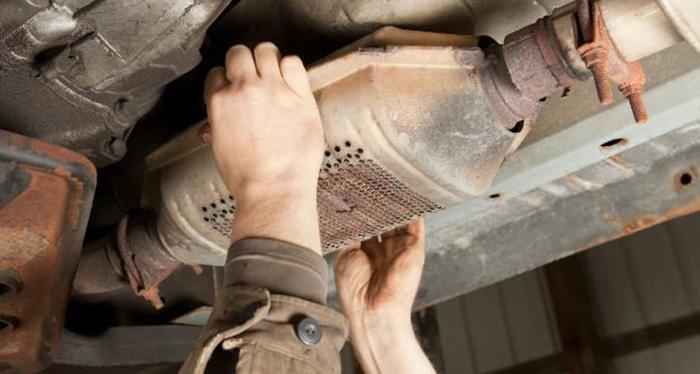 1. You save money by not replacing the old catalytic converter with a new one

This looks like the only advantage if we talk about the pros and cons of eliminating the catalyst. As I indicated previously, the original element costs a lot of money. And given the uselessness of the catalyst in terms of the car’s dynamic qualities, its replacement naturally raises suspicions among many.

Just removing the catalytic converter without extra measures, and expenses, will not work. You will have to, at a minimum, insert a replacement in its place.

Also, it will be required to update the ECU’s software so that it doesn’t notice the loss. And the procedure itself, if you did not dare to do it yourself, costs some money. You can only reduce costs, not eliminate them, in general.

When the car’s catalytic converter becomes clogged, the owner believes that the vehicle’s fuel consumption will go back to normal, and even reduce.

Mechanics at an unreliable auto repair shop may try to convince him that removing the catalyst will reduce fuel consumption by as much as 30%.

On the other hand there are many who claim that fuel usage has not improved, while others claim that they have seen an increase in consumption.

The ECU had to be reprogrammed after the catalytic converter was removed in order for the rest of the car to run properly. The reduction in gasoline use was nearly negligible after that point, however. Eventually.

It’s all the same here, as far as fuel consumption is concerned. Engine power may rise after removal, but this cannot be predicted with precision. Therefore, removing the catalytic converter does not include engine power as a benefit.

Removing the catalyst has been suggested by several car enthusiasts as a way to cut down on engine oil use. Nothing could be further from the truth. None of this has anything to do with removing the catalytic converter.

Yes, exhaust capacity has a direct impact on the amount of oil used in an engine. However, the catalytic converter is so tiny that it is ridiculous to expect considerable gains immediately after cutting it.

Driving without a catalytic converter has a number of drawbacks, chief among them being increased emissions. The exhaust system’s noise level will rise dramatically. Exhaust gas reverberates in the bank of empty catalysts. This noise will bother you in the car’s cabin if it has poor noise insulation.

Another common drawback of not using a catalyst is that the automobile will have an unpleasant stench, as well as a higher-than-expected concentration of carbon monoxide and other foul pollutants that burn out and degrade in the catalyst.

You’ll be able to smell the car’s noxious fumes once this component is removed.

This is by far the most significant drawback of driving without a catalytic converter in place. This disadvantage is, of course, of no consequence to the majority of the population, given the exorbitant cost of new catalysts.

Significant monetary losses are more obvious and more tangible than environmental damage, which everyone talks about but few people actually see.

Periodic vehicle inspections are common to ensure that a vehicle is fit to be driven on public roads. Once every three or six months, once a year, or once every two or three years, depending on the make and model of the vehicle.

As a result of removing this part, you are guaranteed to fail this inspection, and the vehicle will no longer be allowed on the road without your express permission.

It is illegal to drive without a catalytic converter?

Catalytic converters are unlawful to remove and drive without in most countries since it is illegal to alter the exhaust system design from the factory. If you’re caught, you’ll be hit with hefty fines and maybe have your automobile seized.

Not only will driving without a catalytic converter be frustrating, but it will also cause even more damage to the environment if you do so.

Because of their high demand and low cost, even secondhand catalytic converters have become a popular target for thieves.

Cars with this element under the hood that are easiest to remove are the most vulnerable to theft. And the victim will have to deal with a lot of stress as a result of this.

Is Cruise Control Bad For Your Car
How Much Do BMW Car Salesmen Make?
How Wide Is A Semi Trailer
How Long Can I Run My Car With Too Much Oil