Explosions of cars are often a part of action movies. This usually happens when the car crashes or someone shoots it in the gas tank, but can gas tanks really explode?

The gas tanks in cars are not pressurised, so they can’t explode like they do in the movies. Also, even though gasoline is very flammable, it does not explode. But the speed at which it burned could be taken for an explosion.

Even though car chases and explosions are fun to watch in movies, they don’t show what really happens. Even though real gas tanks don’t explode in the way we might expect, they can still cause fires and other dangerous situations. If you’re worried about this possibility, keep reading to find out more. 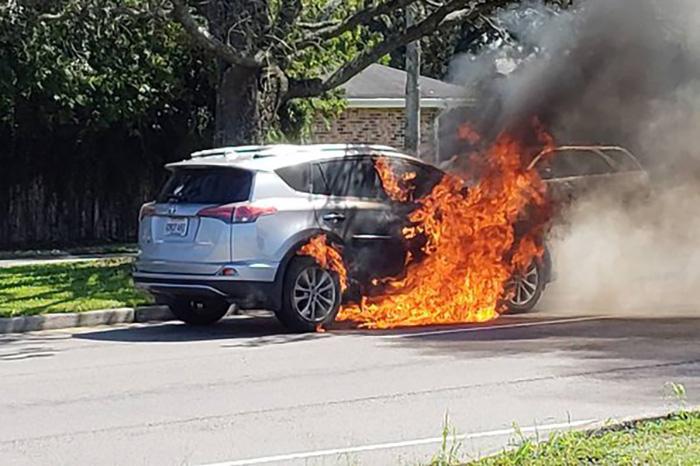 Explosions happen when gas grows very quickly. A chemical reaction starts to make the gas grow. If this gas can’t get out of its container fast enough, it will become pressurised.

When the pressure gets too high, the container will break and the hot gas will shoot out. The heat from the explosion could then start fires in nearby materials, while the huge amount of pressure released could push nearby things away.

Even though a chemical reaction is the most common cause of an explosion, a sudden rise in temperature could also cause the gas to expand quickly.

In any case, for an explosion to happen, the gas will have to be trapped inside a pressurised container. The worst thing that could happen if the gas gets out is that it starts a fire.

Now that we know more about what makes explosions happen, let’s talk about whether or not these things could happen in your car’s gas tank.

As we just learned, for a gas to explode, it has to expand inside a closed space. Even though you might think your car’s gas tank is a sealed container, it can’t hold the kind of pressure that would cause an explosion.

Fuel tanks are made so that any pressure that builds up in the system can escape. The tank can’t blow up as long as the ventilation system is still working.

But what would happen if the fuel tank couldn’t let air in? Surely, this could cause a bomb to go off. Well, it’s still not likely at all.

Usually, plastic or thin metal is used to make the gas tanks inside of cars. These things aren’t strong enough to hold enough pressure to cause an explosion.

Since there is no chemical reaction that would cause the gas to expand, it would happen because of heat. Before the tank could blow up, the metal would crack or the plastic would melt.

Even though this won’t cause an explosion, that doesn’t make it any less dangerous. If the fuel tank melts or breaks, the highly flammable fuel will start to leak out.

If the fuel starts to burn, it will do so quickly. People might think that this quick burning is an explosion.

Even though it is very unlikely that the gas tank of your car will explode, it is not impossible. If the tank had the right amount of fuel and oxygen and the temperature went up, there could be a small explosion inside the tank. But this wouldn’t be like the ones you see in the movies.

If the gas in your car can catch fire so easily, what keeps it from catching fire in the tank?

For the fuel in the gas tank to catch fire, oxygen would have to be present. Even though the tank is not under pressure, it does not let in as much oxygen as it could.

In addition, the fuel would have to be set on fire. You would have to cut a hole in the gas tank to get a spark or a match inside. But if the car crashed and a spark got into the tank, the fuel could catch fire.

In other words, your gas tank won’t catch fire unless your car gets in an accident or someone sets it up on purpose.

But can’t fuel catch fire when it’s too hot? In fact, yes!

When the fuel in your gas tank gets too hot, it will start to burn. Fortunately, gasoline won’t catch fire on its own until it gets to 500 degrees Fahrenheit. Under normal conditions, it’s not very likely that this will happen.

Remember that just because your car won’t explode doesn’t mean it’s not dangerous. 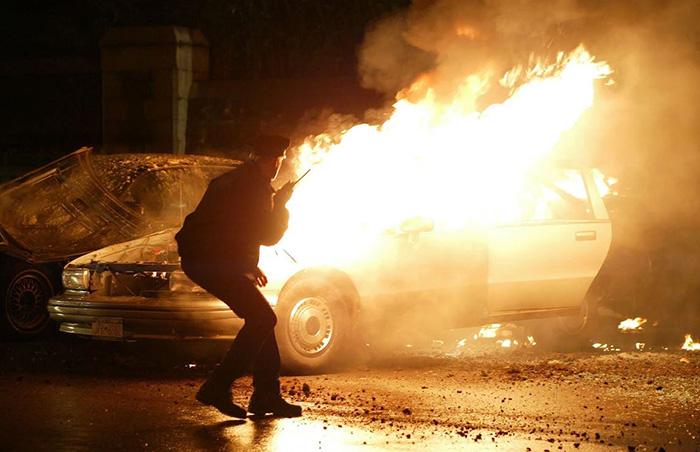 Now that we’ve talked about cars’ gas tanks, let’s learn about electric cars. Since electric cars don’t have fuel tanks, you might think they can’t explode. But this is not the whole truth.

Even though electric cars don’t have gas tanks, they do have powerful batteries. The chemicals that go into making these batteries are very flammable.

If the batteries in an electric car get broken or aren’t cared for properly, they could catch fire or blow up.

But batteries for electric cars are kept in a closed container and have safety features that keep this from happening.

To explode, an electric car would have to be near a fire or have been in a serious accident.

Like with any other car, drivers of electric cars should be careful to stay out of situations that could damage the power source. This could cause a fire or a small explosion.