If you own a car, you’ve probably had to deal with a dead or low battery at some point. When this happens, you may wonder if you can charge your car’s battery without taking it out of the car.

It’s a good question for people who have never taken care of batteries before. You might wonder if that will fry the electronics in your car or cause the wiring to get too hot.

Read on to find the answers to these and other questions so you can feel confident when you need to charge the battery in your car.

Why It’s Safe to Charge a Connected Battery 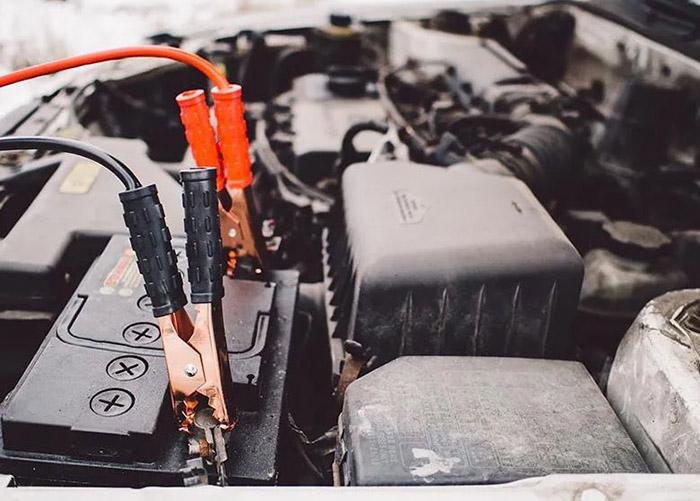 If you take a few precautions, it’s safe to charge your car battery while it’s still hooked up.

Your car’s battery is made to charge while it’s still connected. In fact, that’s how the alternator charges it when your car is running. Even though there is no risk of damage to the battery, there is a greater chance of sparks and shocks if the battery stays in the car while it is being charged.

Also, the type of charge you use will affect how safe it is to charge the battery while it is connected.

When it comes to charging your car’s battery, you have two main choices:

Chargers from the past

If you use a modern, smart charger for your car’s battery, you don’t have to worry about anything getting broken if you leave everything connected. This is because these are basically small computers that control the whole process.

For example, your battery takes in a lot of amps when it is very low. As the battery gets close to being fully charged, the smart charger can give the battery only what it needs.

Some smart chargers even turn off automatically when the battery is fully charged, while others go into float or maintenance mode.

Smart chargers also protect against reverse polarity, which is a nice bonus. If you connect the wires to the wrong places, the charger won’t work. This keeps the battery from getting hurt, which could happen with regular chargers.

If you’re using a regular charger, you can leave the battery connected, but it’s better to take it off.

This is because this option doesn’t have any computer or safety controls. Once the cables are connected, they are live and will send a current through anything you touch.

Even after your battery is full, it will keep sending out current, which can cause it to get too full.

As long as the amps keep going into the battery, it won’t turn the electricity into chemical energy. At this point, it goes through electrolysis, which means that as electricity passes through, the battery fluid starts to boil off. Since it can’t be changed, it will heat up.

A traditional charger also doesn’t protect against the wrong way around polarity. If you connect them to the wrong terminal, the whole electrical system of your car could be fried.

How to Charge a Car Battery While It’s Still Connected 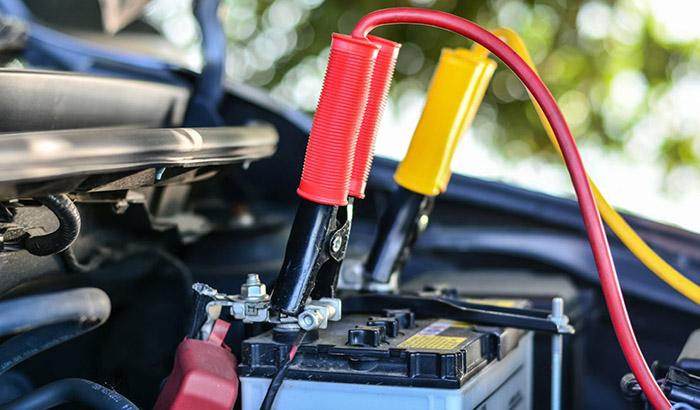 Here are the steps to take if you want to charge your car battery while it is connected.

Use a wire brush or a damp cloth to clean the terminals and remove any dirt or dust.

Connect the red cable to the positive end of the battery for smart chargers.

Connect the black wire to the negative end of the battery.

Connect the charger to a power outlet.

When your device is fully charged, unplug your charger.

Wait about 10 seconds for any remaining power to go away, then remove the black cable first, followed by the red cable.

Can You Start a Car with the Battery Charger Attached?

The short answer to this question is “it depends on what you want to do.”

But nothing bad will happen if you start your car with the battery charger still plugged in. If the charger isn’t touching any of the moving parts under the hood, this is the case.

Keep in mind that even the newest chargers are made to only give you a low current, like ten amps at most for standard chargers. If you try to start your car, the battery may be giving out 100 amps or more.

If you try to pull 100 amps from the charger, you’ll blow a fuse and possibly damage the charger. This rule is broken only if the battery has been charged long enough to supply the current needed.

Top Benefits of Charging Your Car Battery While It’s Connected

There are a few reasons why you might want to charge your car’s battery while it is still connected.

If you take out the battery, you will have to set the clock back to the beginning. To use the radio again, you may also need to enter a security code.

Even though this isn’t impossible, it’s annoying and you can avoid it.

Charging your car’s battery while it’s connected is faster and easier. Most of the time, you won’t need anything special to do this.

All you have to do is plug in the device, connect the charger cables, and wait.

Even though your battery seems fine, do you have to charge it more and more often? If so, there may be a problem at the root that needs to be fixed.

However, if there is no issue and your battery just needs a boost, you’ll be happy to know it is safe to charge your vehicle’s battery while it is connected. This is a fast and easy way to get your car running and back on the road quickly.

Can You Add Water Instead Of Coolant
Cheapest Place To Turn Rotors
How Wide Is A Semi Trailer
Cooking Oil in a Gas Tank: What REALLY Happens?!