Have you ever bought something at the store that didn’t quite fit in your car and made you wonder if you could drive your SUV with the hatch open? If so, you’re not alone!

The hatch on an SUV doesn’t have to be closed while driving, but it must be locked so that it can’t open on its own. If needed, you can do this with bungee cords, ratchet straps, or just a simple rope.

Even though that’s the short answer to your question, there’s a lot more to think about if you want to drive your SUV with the hatch open.

What is the Hatch?

A hatch on an SUV is the same thing as a tailgate on a truck.

Instead of a door that folds down in the back of the vehicle, there is a door that opens outwards. This makes it easier to open and close when putting or taking away cargo.

This is always at the back of the car and makes it easier to get to the trunk when you need to pack things for a trip. Because there isn’t much room, you may need to leave the hatch open a bit to make room for bigger items.

This door usually opens up, so you can lift it with one hand. Many of them also have a mechanism that lifts the hatch when the door is opened, so you don’t have to.

Some cars also have automatic sensors that let you open the trunk without using your hands.

What Disadvantages Are There When Driving with the Hatch Open? 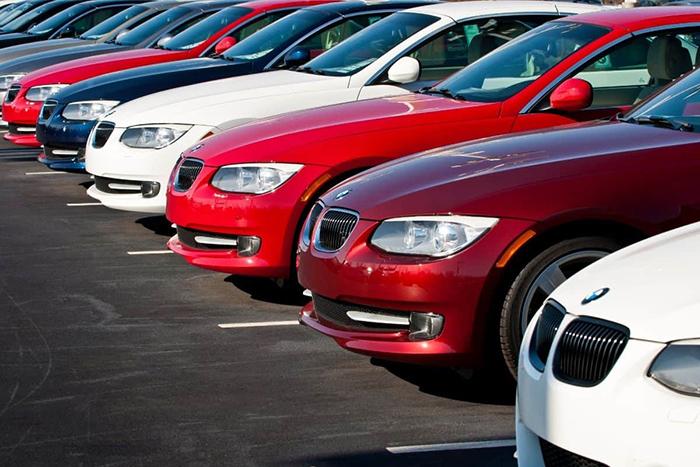 Before you start driving with the hatch open thinking that everything is fine, it’s a good idea to look at some of the bad things that can happen.

When you drive with your hatch open, the most obvious problem is that something could fall out.

You may have stopped the hatch from opening any further, but since you couldn’t close it all the way, there are still gaps

The things in your cargo could fall out onto the road if you hit a big bump or drive up a steep hill. This could damage the items and also put other drivers around you on the road in danger.

You’ll also want to check the weather before going anywhere with the open hatch.

When you’re driving outside, rain, snow, or even wind can make your trip home a disappointment.

This is especially important to think about if you’re going on a long or multi-day trip, as the chance of bad weather getting worse as your trip goes on.

Last but not least, you should think about how safe your car’s things are. If you need to park it in a public place to go to another store, stay overnight, etc., you can get in and out of it.

Even though we should never think the worst of people, it’s not a good idea to leave your open car unattended. You might come back and find things broken or stolen.

This is another reason why an open hatch isn’t usually the best choice for trips lasting more than a day. You’ll be better off if you find a trailer that can be fully closed and used to store your things safely.

Advantages of Having the Hatch Open 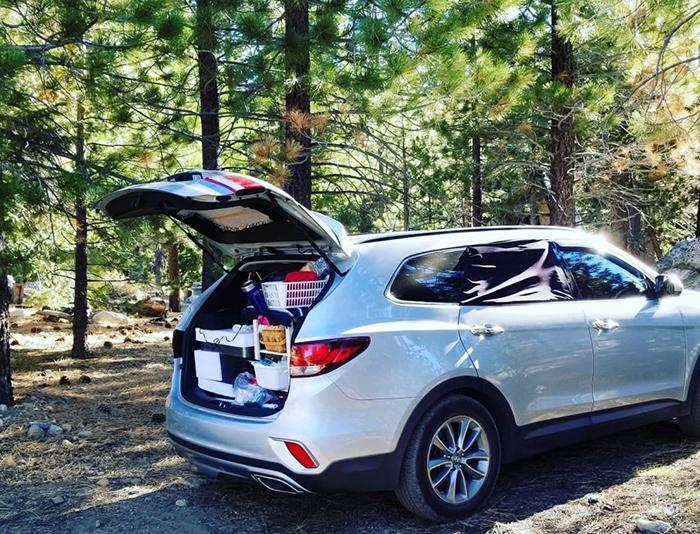 The biggest benefit is probably not having to pay extra money to rent a trailer or other vehicle for the job. Even though it’s not the best choice for big jobs, it’s great for small jobs when you’re in a pinch.

If you need to move a lot of stuff that won’t fit unless the hatch is open, you could rent a vehicle for the job.

But if you’re not going very far, it might seem like a waste of money to pay an hourly rental fee and gas for a second car when you already have one that can do the job.

You don’t have to drive a car you’re not used to, which is another benefit.

If you rent a truck or borrow one from a friend, you’ll be driving something bigger than what you’re used to. This could make some people nervous.

It also saves you the time of having to go pick up the rental, use it, and then bring it back when the job is done!

Things to Keep in Mind When Driving with an Open Hatch

If you do decide to drive with your SUV’s hatch open, you should take a few more precautions before and during your trip.

First, make sure you have done a good job of closing your hatch. You don’t want it to open while you’re driving!

Even though the things in your SUV could fall out and get damaged, what’s scarier is that it could cause another car accident.

You don’t want someone else to get hurt, and you could be held responsible for the accident and have to pay for the damages.

Second, since your car will be partly open, it’s best to stay off the highway and other fast roads if you can. Even though back roads and side streets will take you longer to get home, it’s better to take things slowly and safely.

Because there are usually fewer cars on these roads, you also have less chance of getting into an accident if something falls out of your car. Even so, if you did what I said in my first point, this shouldn’t be a problem.

Conclusion on driving with your SUV’s hatch open

The lesson here is that it is possible and safe to drive an SUV with the hatch open. But you should look at these tips and rules to make sure you are doing everything you can to keep yourself and others safe.

If you think this kind of use will become more common, you might also want to think about a more permanent solution. Even if you plan and try your best, things can still go wrong sometimes.

A bigger SUV or truck might be a better choice.

Wheel Alignment Cost: How Much
Difference Between 0w20 And 5w20
How To Unlock Seat Belt After Accident
Are You Allowed To Have A Tinted Windshield And Windows In Texas?