You put your keys in the car’s ignition and look forward to a relaxing trip. Y

You turn the keys, but the car doesn’t start.

So, what do you plan to do next? What might be wrong, and can it be fixed?

Most likely, your car won’t start because of the starter, but can this be fixed?

You can start a car with a bad starter motor in a number of ways, from the old-fashioned way of pushing the car to more modern ways like fixing or replacing broken or wrong wiring connections. But none of these are good long-term solutions, and you’ll have to replace the starter at some point.

This article will talk about the different things that can go wrong with a starter and show you how to start your car if the starter doesn’t work.

So, make sure you read this whole article to get the most out of it.

What is the starter? 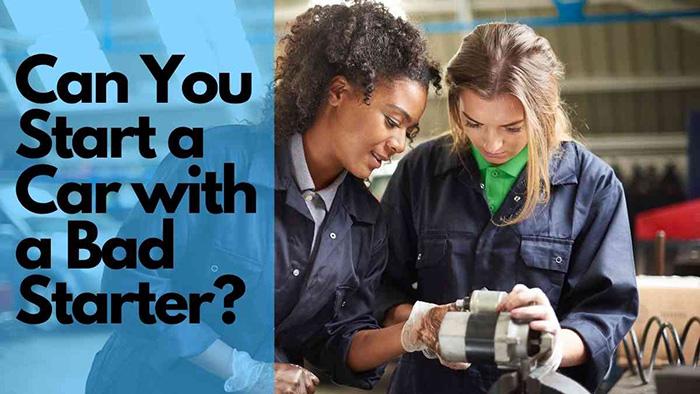 The starter is an electric motor that is attached to the side of the engine. Its main job is to turn the crankshaft and get the engine going.

This is different from the alternator, which uses the battery to make electricity and send it to the rest of the car.

As more new technology has come out, starters have become much more important. Many hybrid cars have starters that turn off the engine when it’s not being used. This saves fuel and energy.

Since the starter is an important part of starting the car, not being able to start the car when you want to is alarming.

The best thing to do would be to have a professional mechanic look at it, but if you’re in a hurry, we’ll tell you what the signs are and what you can do in the short term.

Symptoms of a bad starter

So how can you tell if your starter isn’t working or if it’s dead? Well, we’ve put together a list of signs that can tell you whether or not your starter is broken.

Even if your battery is fine, the fact that your car won’t start is a good sign that the starter isn’t working.

Check the car’s other electrical parts to make sure the problem isn’t with the battery.

For example, if your dashboard lights and headlights work but your car won’t start, the problem might be with the starter.

Have you ever turned the key in the ignition after the car was already running and heard a terrible grinding sound? If you turn the key to start the car and hear this sound, it could mean that your starter isn’t working properly.

If you turn the key and hear a click but the engine doesn’t start, it could be because the battery is dead or the starter is broken.

As we said before, check the other electrical parts to see if the problem is with the battery or the starter. This will help you narrow down the cause.

Reasons behind a bad car starter 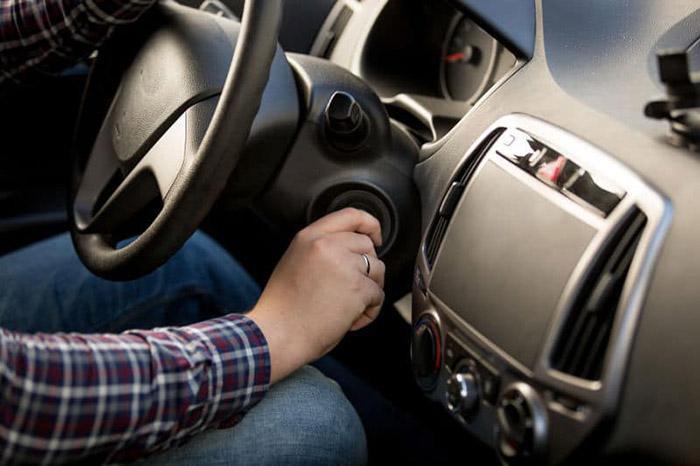 What goes wrong with a starter? We’ve found some of the main reasons why it’s happening.

Sometimes an oil leak can also cause the starter to stop working.

You can look under the hood and find the starter on the passenger side of the engine or on the driver’s side if the car is FWD (Front-wheel-drive).

You can learn more about where the starter is by reading the manual for your car.

If the starter is covered in oil, it could also mean that your car has an oil leak. Your best bet is to get it checked out right away.

If your car is making a whining sound and won’t start, it could be because the freewheel isn’t connected to the motor properly.

When the current can’t get through, the starter can’t turn over the engine.

The starter’s fuse could have been blown by a high voltage.

You can check this by taking the car’s battery out and then opening its fuse box.

You can check the manual to find out where the starter fuse is, and then you can see if the thin wire inside the fuse is broken.

If it is broken, you need to replace the fuse with one that has the same ampere rating and then reconnect the battery.

How to start a car with a bad starter

Even though there is no guarantee that these will force your car to start, there is a good chance that they will.

Some loose parts inside the starter can be reconnected with a light tap, allowing the starter to run again.

This is only a temporary fix, and you should have your car checked right away after doing this.

If your car won’t start when you turn the key and the battery is fine, you can try to bypass the starter and connect the battery directly to the solenoid.

You’ll need a screwdriver with an insulated handle, and the shaft of the screwdriver will need to touch the S terminal of the solenoid.

After that, you’ll need to touch the tip of the screwdriver to the battery terminal on the solenoid.

Once the two parts are connected, ask someone to start the car.

This should be enough to get your car going.

Put the car in first or second gear and give it a push until it’s going about 5 to 10 miles per hour. Then go ahead and start the car, and the speed should make the engine start up.

In some situations, like if your battery is failing, you might need a bigger one. The extra power might be enough to get your car started.

Even though there is no surefire way to get a car started, some of the methods above can help. But there is no long-term solution, and you should get your car checked out as soon as possible.

Can Bad Alignment Cause Vibration When Braking
What Causes A Fuel Pump to Overheating ?
Oil For Ford Fusion
10 Best Drop Hitch That You Need Know