Can You Drive Without A Catalytic Converter Updated 09/2022

The exhaust system’s catalytic converters are responsible for removing potentially dangerous emissions. The cat clogs up, which has a detrimental impact on performance.

The catalytic converter is useless from a mechanical standpoint. It is possible that straight piping the exhaust could really improve performance.

Why Were Catalytic Converters Invented? 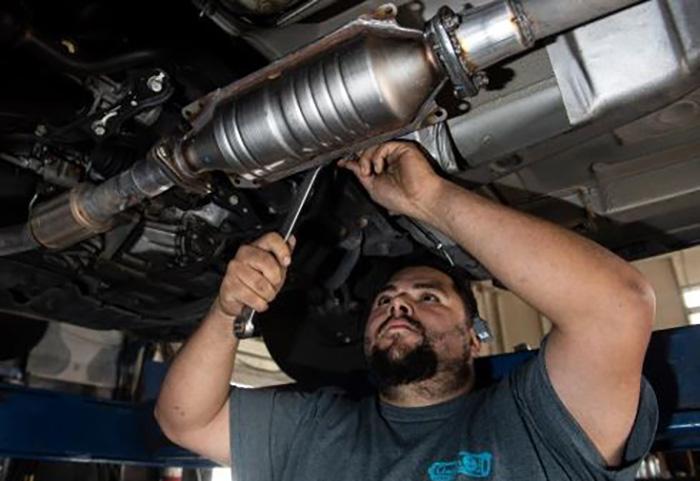 When a mixed combination of oxygen and gasoline or diesel is ignited in an internal combustion engine, a large amount of energy is released. Mechanically, the system is a marvel because of its ability to generate a big amount of power from a tiny amount of fuel.

However, the emissions are a problem. Cars emit an average of 4.6 tons of carbon dioxide each year, according to the US Environmental Protection Agency.

The calculation is based on an annual mileage of 11,500 miles in a vehicle getting 22 miles per gallon. However, two metric tons of pollution is still a large amount.

How Does a Catalytic Converter Work?

Two parts make up the catalytic converter, which is housed in a substantial metal casing:

Reduced nitrogen oxide and unburned fuel are converted to carbon dioxide and water, respectively, by the reduction and oxidation catalysts.

To put it simply, catalytic converters may remove up to 90% of the toxic gases by breaking down their chemical composition into safe or at least less dangerous materials.

Can The Engine Run Without a Catalytic Converter? 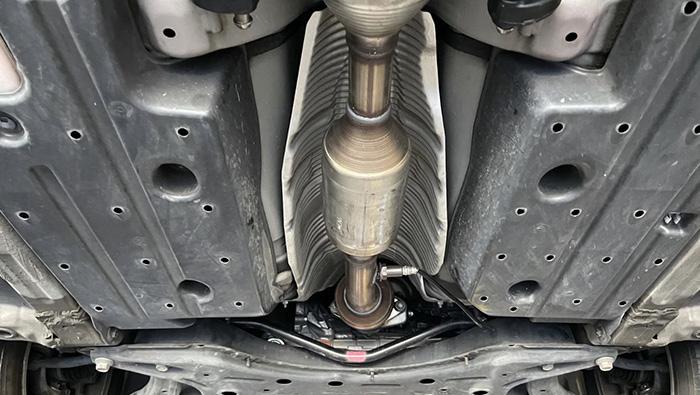 Without the catalytic converter, the engine is capable of functioning and would be better off without it. Engine, turbo, spark plugs and injectors are all safe from any harm as a result of this procedure.

A catalytic converter removal could pose an issue only if the vehicle’s O2 sensors are faulty.

Exhaust emissions originating from the engine are measured by an upstream sensor situated at exhaust manifold’s end before catalytic converter. By sending a signal to the ECU, a cleaner burn can be ensured by adjusting the air-fuel combination.

The converter’s output emissions are monitored by a downstream sensor, which is hidden behind the cat. The catalytic converter wears out if the emissions surpass a predetermined limit.

I can’t rule out the idea that the upstream O2 sensor could be messed up by a change in exhaust gas flow, but it’s extremely improbable.

Despite the fact that the downstream sensor detects a problem and illuminates the check engine light, it has no influence on performance and does not put the vehicle into a safe mode of operation. From a mechanical sense, getting rid of the cat nearly always has no repercussions.

What Are The Drawbacks Of a Catalytic Converter

Catalytic converter issues arise when they become clogged, which is more common in diesel vehicles than gasoline ones.

Once in a “safe” (or “limp”) mode to deal with these gases, the engine loses a lot of power as it attempts to clear the clogged converter.

On turbo-charged diesel engines, the performance issue might lead to turbo failure, which is a problem that can’t be ignored.

Exhaust gases from a turbocharger are utilized to power the turbo, which forces more air into the engine and results in an increase in power. That gas is discharged back into the exhaust system when it is no longer needed.

The turbocharger might be destroyed if the catalytic converter clogs. I’m not sure how it happens, but I’ve seen what it did to a friend’s BMW, so I know it must be bad.

A technology that automatically cut off the turbo saved my Audi’s converter from damage and allowed me to fix the problem, therefore I’m grateful for it.

Should You Remove The Catalytic Converter? 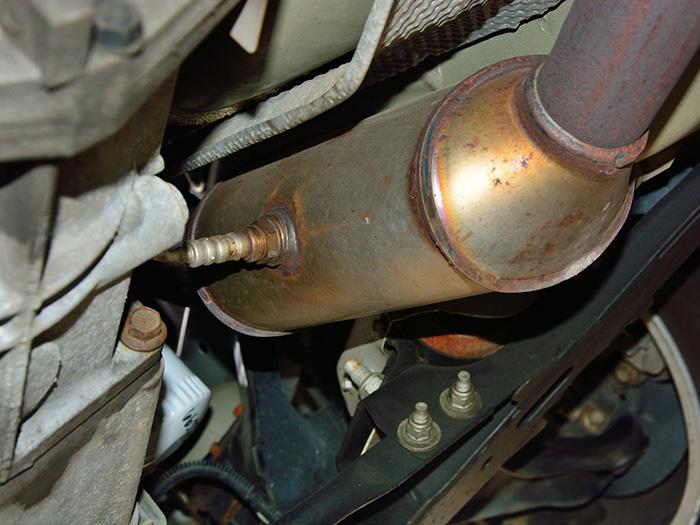 The answer is always no, no matter how we look at it. The catalytic converter should never be removed. When it comes to reducing emissions by 75 to 90 percent and being entirely unlawful, even I am sensible enough to leave it in place.

You don’t have to change your catalytic converter if it gets clogged; we’ve already covered how to accomplish it on VehicleFreak. You have to reach under the car and remove the converter, but once it’s removed, it’s quite simple to clean.

While it’s possible to find replacement catalytic converters for $200 to $300, a fine for driving without one is much more expensive. If you’re caught, you’ll have to put in the converter before you can drive again.

Is it OK to drive without a catalytic converter?

The fact that it is neither legal nor environmentally good renders this practice unacceptable. As a precaution, check with your insurance to see if driving the vehicle to a repair shop or parts store is allowed after your cat is stolen.

Does removing the catalytic converter damage the engine?

Can I replace my catalytic converter with a straight pipe?

Straight-piping the catalytic converter is not permitted legally, but it does work.

What does a car sound like with no catalytic converter?

When a car has a catalytic converter, it’s usually positioned under the feet of the driver or passenger. A straight pipe or even simply a hole in it will make the car louder when it is idling, but it won’t be audible when driving.

Where do stolen catalytic converters go?

The precious metals rhodium and palladium found in catalytic converters are either resold online or sold to a scrapyard.

Will the check engine light come on with no catalytic converter?

In the event that your catalytic converter is stolen, you should be reimbursed for the cost of a new one and the time it takes to install it.

How long can you drive without a catalytic converter?

There is no need for a catalytic converter unless there is a problem with the O2 sensor. However, this is illegal and unresponsible, so you should avoid it at all costs.

Which cars are least likely to have catalytic converters stolen?

The more useful a catalytic converter is, according to some logic, the larger it is. Why aren’t Toyota’s small-engined cars more often the target of criminals? Additionally, American-built vehicles are a bit more secure than their foreign counterparts, such as Audis and Mercedes Benzes.

Which cars are most likely to have catalytic converters stolen?

The dual catalytic converter arrangement and the ease of access to the underbelly of SUVs and trucks make them great targets. Other high-end imports, such as Toyotas, are also a high-priority target.

How to tell if a catalytic converter is missing?

Catalytic converter theft necessitates severing the exhaust system at the front and back, which leaves an opening of around 12 inches in length.

It’s impossible to ignore the unbearably loud motor noise coming from the ground below. You’ll know if your catalytic converter is taken.

The cost of replacing the catalytic converter can be prohibitive, yet it is necessary if you want to keep your car on the road. It’s better for the environment to use a converter than to remove the cat.

It’s possible to save money by trying to clean the one you have instead of buying a new one!

How To Remove Stains From Plastic Dashboard
Will Dead Car Battery Recharge By Itself?
What Happens When A Wheel Speed Sensor Goes Bad
How Long Can You Drive With Blown Head Gasket